Welfare: 10 things you could be doing wrong…

…and what to do to get them right!

PQ predicts that within 10 years horse feed as we know it will have largely disappeared. There is more and more understanding that starch is the cause of many problems in horses – from behavioural issues to gut health.

Excessive starch not only contributes to ulcers but also upsets the delicate microbiome in the horse’s gut and this can lead to personality changes. More and more research is linking gut bacteria to personality and behaviour. Bodies (both human and equine) are a fine balance and by not listening to nature we can cause unintentional harm at worst. Fibre/oil based diets are better for the horse. Try Dengie or, if you have a horse sensitive to alfalfa, look at Pure Feeds.

Why? Because the digestive system has evolved on the basis of the horse grazing almost 20 hours per day and fibre in the stomach acts as a shield for the acids.

‘Allow access to forage or short chopped fibre before exercise to help maintain a fibre mat in the stomach,’ Spillers says, ‘as this helps prevent the stomach acid splashing around and causing ulceration.’  Let them eat cake! Sorry, hay. 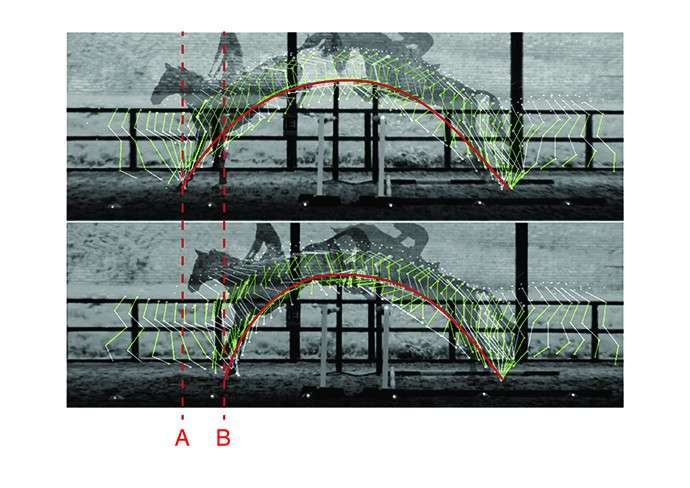 Jumping with no breastplate (top) allows greater freedom of movement

Ah, the perennial problem – put the saddle on the shoulders because you need to get in position to hit the ball, but because the saddle isn’t designed to go there you tighten the girth as tight as it will go and anchor the whole lot in place with a snug breastplate. Sound familiar? The trouble is you are causing one problem by overgirthing (reducing speed), and another by having a too-tight breastplate (reducing the range of motion in the horse’s front legs).

A study by John Bowers, BVSc, MACVSc, and Ron F. Slocombe, BVSc, MS, PhD, Dipl. ACVP, Chair of Veterinary Pathology at the University of Melbourne, Victoria, Australia, found that most grooms in the Australian racing industry tighten the girths to a point that could have a detrimental effect on their charges’ performance. This study found that a tight girth (more than 10kg of pressure) cost nearly 20% of a horse’s performance on a long run.

A more recent study into breastplates found that they reduce the range of motion of the horse’s front limbs, reducing performance and leading to a cascade of problems in other parts of the body. Think about the combined detrimental effects on your pony of those two factors.

Solution: Place the saddle where it is designed to go, use well designed girths, and don’t overtighten. Fix the breastplate higher up the saddle so it does not hamper the horse’s shoulder. Try the Fairfax anatomical breastplate. 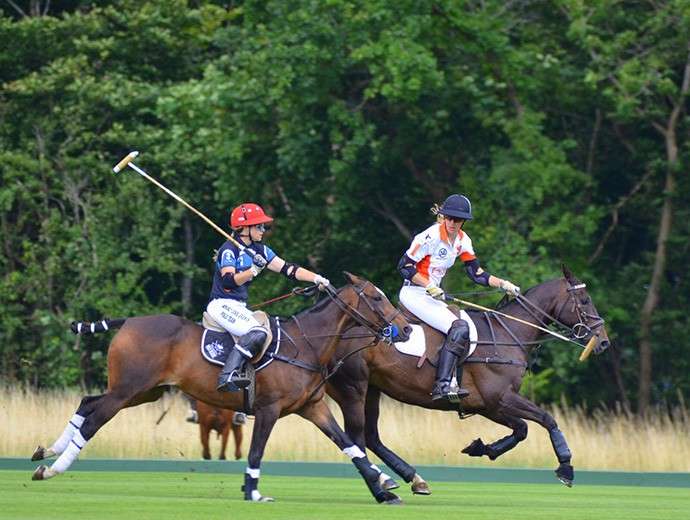 The science on this is unequivocal and the research has been around for a decade or more, yet the polo world has been slow to respond. Fleece bandages heat tendon fibres up to the point of cell death. This repeated damage (gradual degradation) can then cause a breakdown of the fibres to occur – and suddenly you have a pony that needs the season off at best. A veterinary study found that horses’ legs were on average 2 degrees Centigrade cooler with boots than bandages.

It’s time to believe in the science because, you know, it’s true!  There are many air cooled boots on the market now – try Husk and Premier Equine.

Do you remember at school that there were some people who seemed to be naturally fit, and others who always struggled? Horses are the same, yet polo ponies in particular tend to be treated the same way regardless of how they may differ. There are many apps and gizmos that can be used to really evaluate your individual horses and tailor exercise programmes specifically for them.

Just doing something because everyone else does it or because your grandparents did it that way isn’t necessarily the way forward. Try heart rate monitors such as Polar, or the Trackener wearable device. 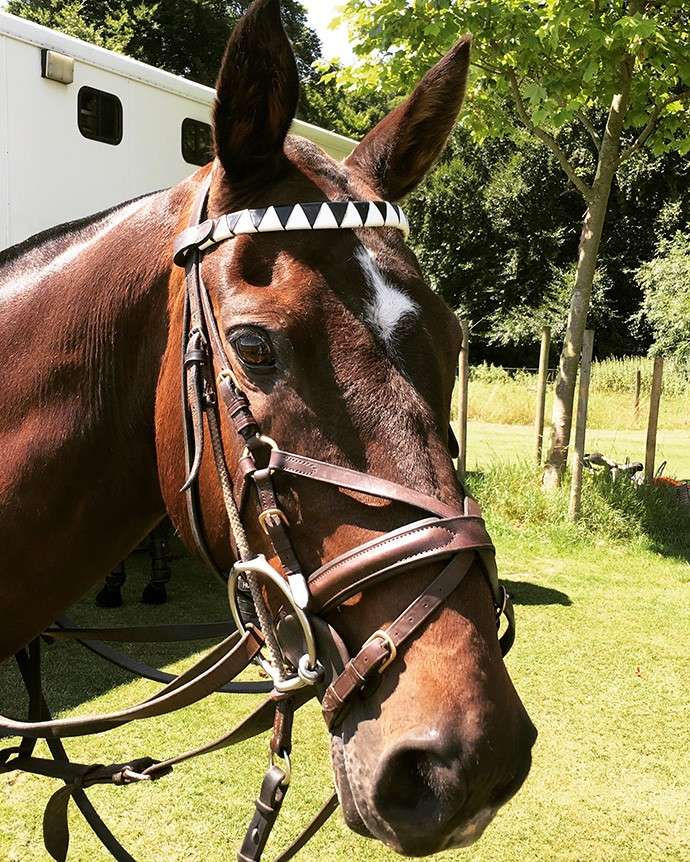 Unless you follow dressage or showjumping, you may not have noticed all the anatomical bridles out there. We now know the problems caused by tight browbands, narrow headpieces and pressure from the buckles on the top joint of the jaw – and modern bridle design takes this into account.

Bridle discomfort causes a cascade of tension down the horse’s neck, into its back and over the quarters. The knock-on effects are not to be underestimated. At best, a reduction in performance. At worst, lameness. Stubben, Fairfax, Micklem and PS of Sweden all make ergonomic bridles now. 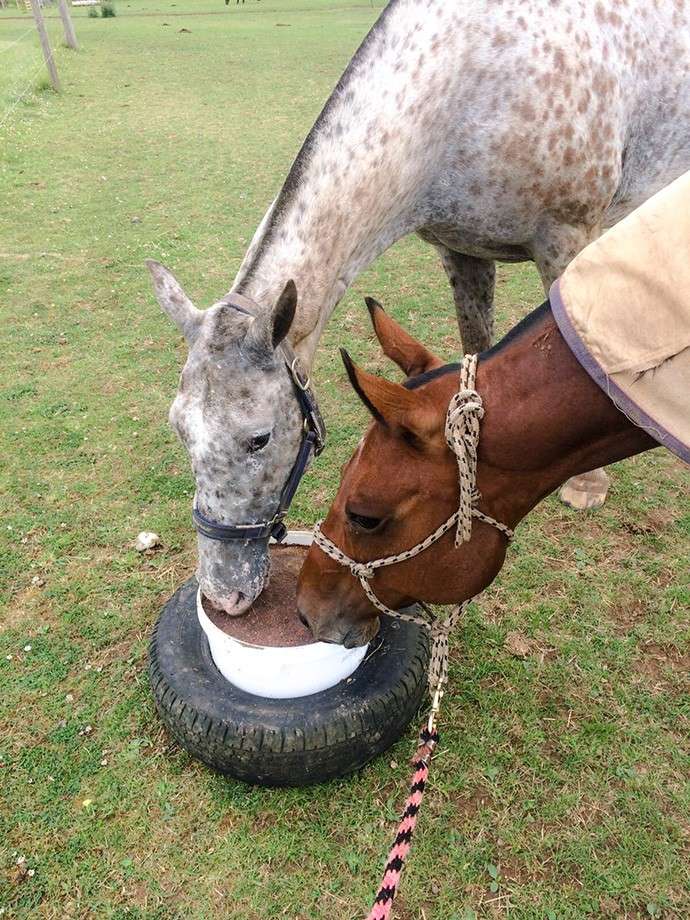 Horses are designed to be constantly moving, gently, and constantly grazing. By keeping them in boxes not only do we not allow the horse to exhibit natural behaviours, but we can cause problems both physically and mentally. Stabled horses have poorer gut health, suffer more from stiffness and muscle tension and often exhibit stereotypical behaviour such as box walking, weaving, crib biting and so on.  Professor Jan Ladewig of Copenhagen University says domestication has not removed the basic social, physiological and psychological needs of the horse, and some management and living conditions fail to meet those needs.

The tide has turned in the rest of the horse world – top racehorse trainers, Olympic dressage riders, showjumpers and eventers now make sure their horses go out at least every day. One Olympian and top eventer turns all the horses out all night, and just brings them in during the day. No matter how valuable they may be. If you think they will get fat, just restrict how much grass they have access to. Worried they will get kicked? Use individual paddocks.

PQ went along to a bitting symposium run by Neue Schule, and it yielded some interesting information. It has long been accepted that a Dr Bristol mouthpeice (frequently used in gag bits) is more severe than a French link (ditto). However X-rays of the bits in horses mouths when rein tension is taken up (this is key) shows that in fact the reverse is true. The French link plate digs into the tongue when the reins are pulled, whereas the Dr Bristol plate lies flat. In addition, people often think that a jointed bit pokes the horse in the roof of the mouth due to the nutcracker action. Again, with the help of X-rays, what actually happens is that the tongue is squished down by a jointed bit. The roof of the mouth is entirely unaffected. If your horse does not like tongue pressure, do not use a jointed bit! Bomber and Neue Schule are leaders in this area. The Bomber Happy Tongue is much loved in the polo world.

It is common practice in polo to ‘give the horses air’ the day before a game. This usually involves some galloping at speed and often some sharp stops and turns.

‘No human sprint or power athlete would do this,’ says Dr David Marlin, a scientist with a PHD and leader in the field of equine exercise physiology.

‘All it will do is lower muscle glycogen and possibly lead to muscle soreness. In human sport the general principle is to taper – less and less work duration, same intensity in the 7-10 days before competition. There is no physiological reason this practice would improve a horse and very good evidence it will have a negative effect.’

If you must do it, David advises not doing it for long. ‘Maybe a few minutes work would be the maximum but if that is at constant high intensity that could be enough to negatively affect performance.’

Leading racehorse trainer Andrew Balding agrees: ‘We give the sprinters a bit of a blow about three days before a race but this is not a hard and fast rule and it is not routine. Some other trainers don’t do it at all. We won’t do that with the stayers though as we want them settled for their races.’

Bear in mind that the average polo pony covers approximately one mile during a chukka, which would put them in the category of a middle distance horse, not a sprinter.

What are the physiological effects of tiring the horse? According to a veterinary study in the USA the accumulations of lactate and resultant fall in cell pH have been demonstrated as factors affecting both energy production and excitation contraction in the muscle.

It is still common practice in some yards to withhold water from the ponies (in some cases up to 24 hours) before they play, and to then severely limit how much they can drink once they’ve finished. Hydration is vital – look at all elite sportsmen and women. Everyone from tennis players to runners to golfers… they are all drinking water before, during and after competition.

So why deprive your horse? Dehydration is dangerous, will accelerate fatigue and can cause far more serious problems. At best, you will reduce performance. At worst, the horse can collapse. There is no medical reason to limit how much water horses drink after strenuous exercise – they will self-regulate. PQ