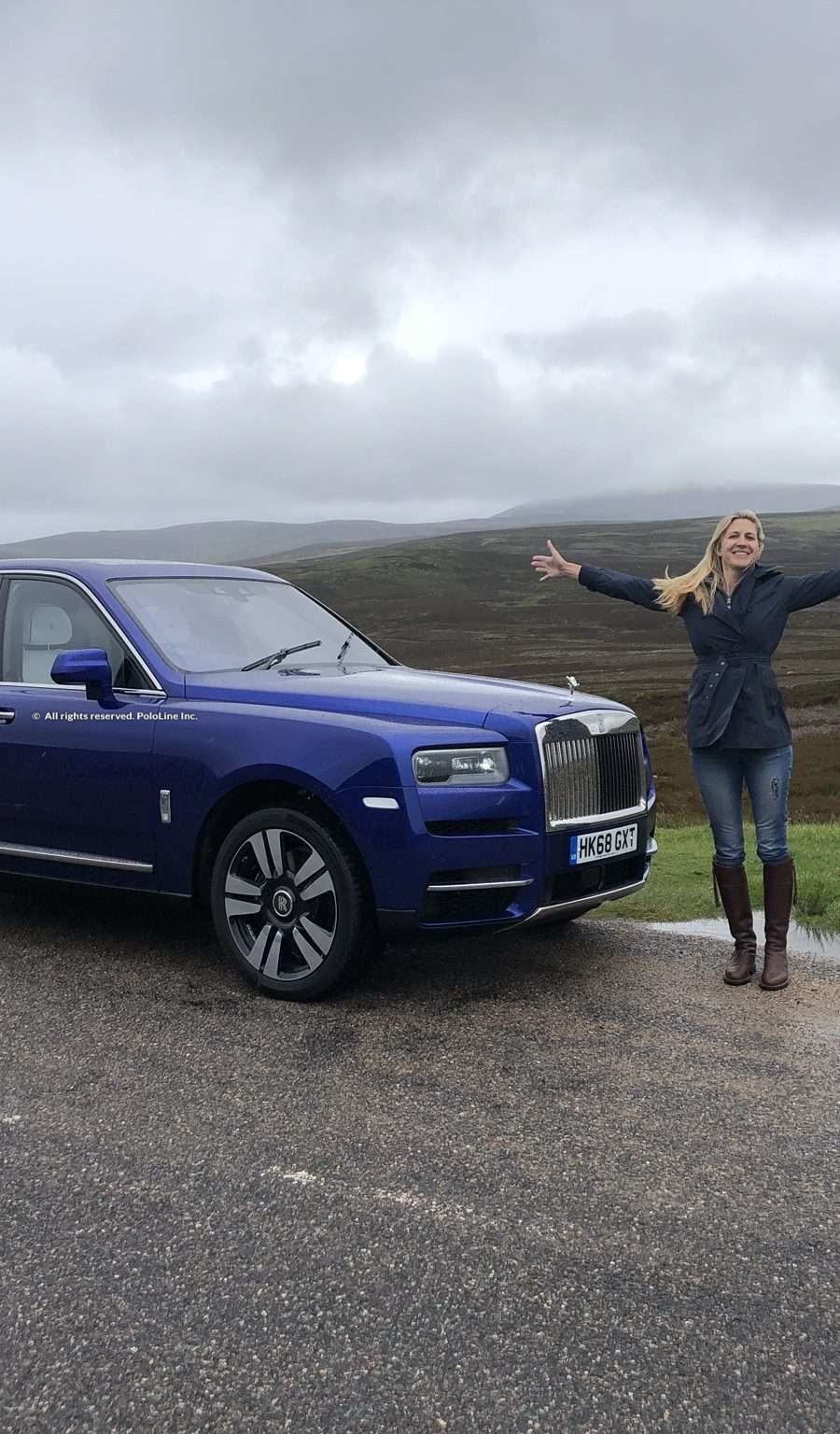 How to make friends and (literally) “influence” people

I do love an SUV. The ride height. The size (one needs to be able to fill a car with saddles, mallets and children – in that order). Let’s also not forget the need to peer over hedges and into people’s cars and be conspicuously nosy. There’s always been something lacking though, in SUVs. I couldn’t quite put my finger on it, till I heard that Rolls-Royce had brought out their very own iteration – the Cullinan. And it has, as an option, wait for it…slide out picnic chairs. Yes. You can sit in a proper chair, that has swung majestically out from the boot of your car, and dangle your feet happily while nibbling on some rather delicious hot smoked salmon. Of which more later… 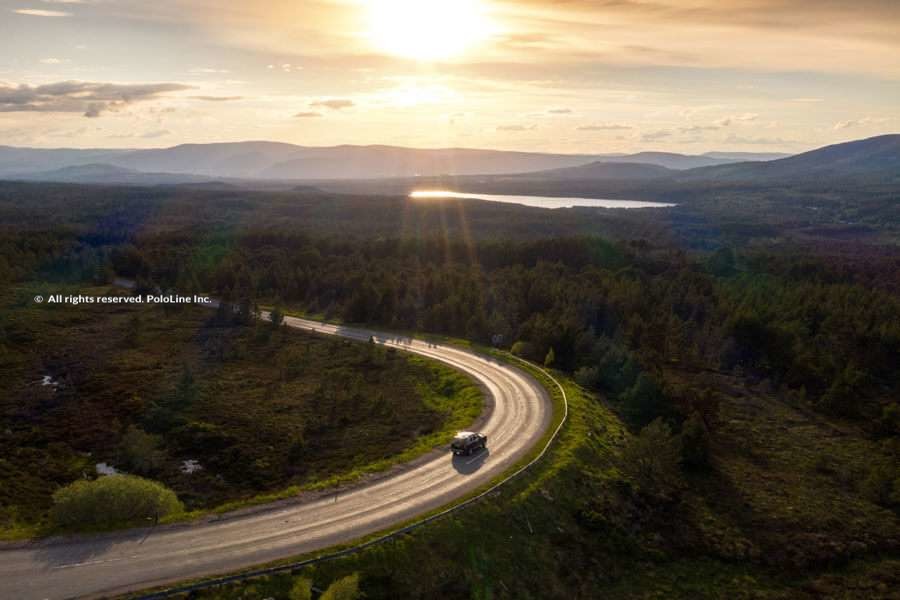 Where else would one want to waft about in Cullinan than the beautiful Scottish Highlands? Much is made of the “magic carpet” ride of a Rolls-Royce, and it does float, cloud-like, over the insanely potholey roads that the Scots must put up with. You’d think this floaty ride might be a bit of a problem when cornering – no one wants to wallow round a corner (unless you are a hippo) – but with some engineering trickery, GPS and artificial intelligence, you can fling this car into a corner (at speed) with gay abandon, and it will tighten the suspension quicker than Boris Johnson retracts a statement, rocketing you round the bend with total precision, before relaxing again and wafting once more. You see, it learns how you drive, uses GPS to figure out where you are, and sorts you out. Even preselecting what gear you might need. So you don’t even need to be a very good driver…but it will be embarrassing if you aren’t, because this car makes people stare. It has a LOT of presence, marmite looks, and it’s HUGE. I’ve driven horse lorries shorter. The Spirit of Ecstasy is a long, long way ahead of where you sit (a metaphor for life if there ever was one) so you better have good spatial awareness if you don’t want to ding it and have a repair bill bigger than the average flat. There are some extraordinary cameras that see all around, but that didn’t stop someone adding some personal, err, body modifications to one of the press cars. We were a varied bunch, us lifestyle guests, the traditional model of old; strictly print journalists only, is long gone. An entertaining collection of bloggers, Instagram influencers, vloggers and more, these are the days of Insta stories and selfies; many many selfies. Hopefully the joke in the subheading is now obvious… 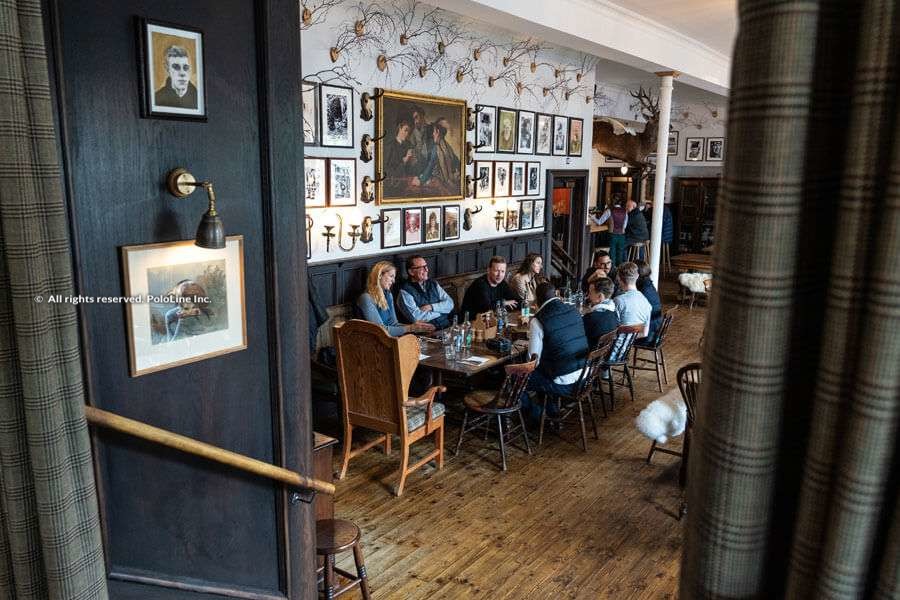 Lunch at the Fife Arms

The Rolls-Royce experience extended beyond the cars themselves, all V12 purring sumptiousness. We had lunch at the Fife Arms in Breamar, eating venison burgers while fellow diners craned their necks, wondering who these interlopers were, in three brace of Cullinans, being photographed as we munched. A tour of a whiskey distillery followed; fascinating to see the process, but the dénouement of the experience was regrettably lost on me, as I think that whiskey, no matter how carefully and wonderfully aged, tastes like petrol.

Onwards we purred, to the absolutely stunning Arndilly House, recently restored in the most sympathetic, painstaking and spot-on manner imaginable. It is now one of my top two favourite interiors of all time – the family who own it have achieved something quite special. I found a kindred spirit there in the form of a fellow polo aficionado – furthering my belief that the six degrees of separation applies to polo as well. Magnificent food, wonderful beds and bathrooms – I didn’t want to leave. 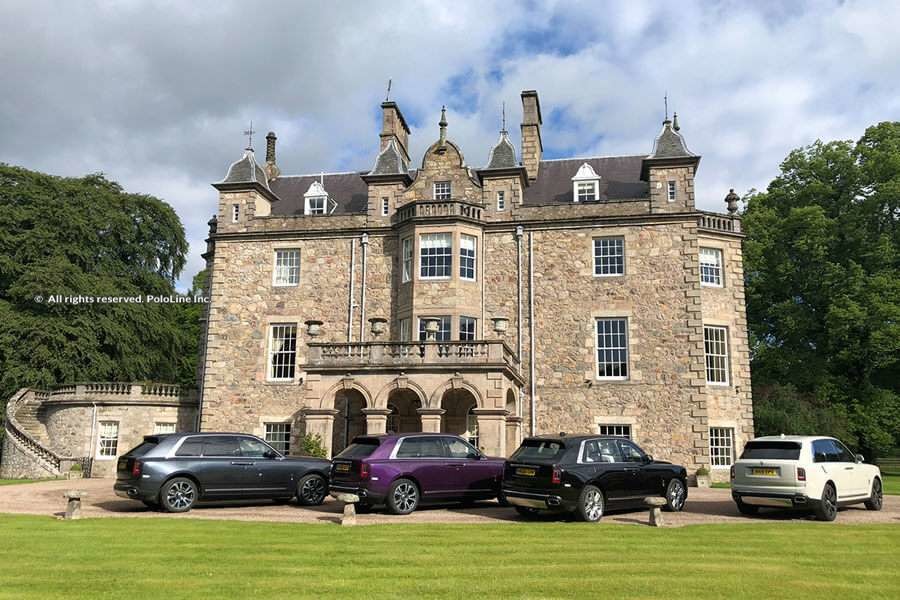 Last day – more Rolls-Royce rah; perambulating the bailiwick on some gentle off-road trails (I was assured, and genuinely believe, that this car is superb off road). We then had shooting lessons with Purdey, which was something of a treat as Purdey make the finest shotguns in christendom, followed by a picnic, on the swinging chairs (no, not that kind of swinging) of hot smoked trout on the banks of the River Spey. 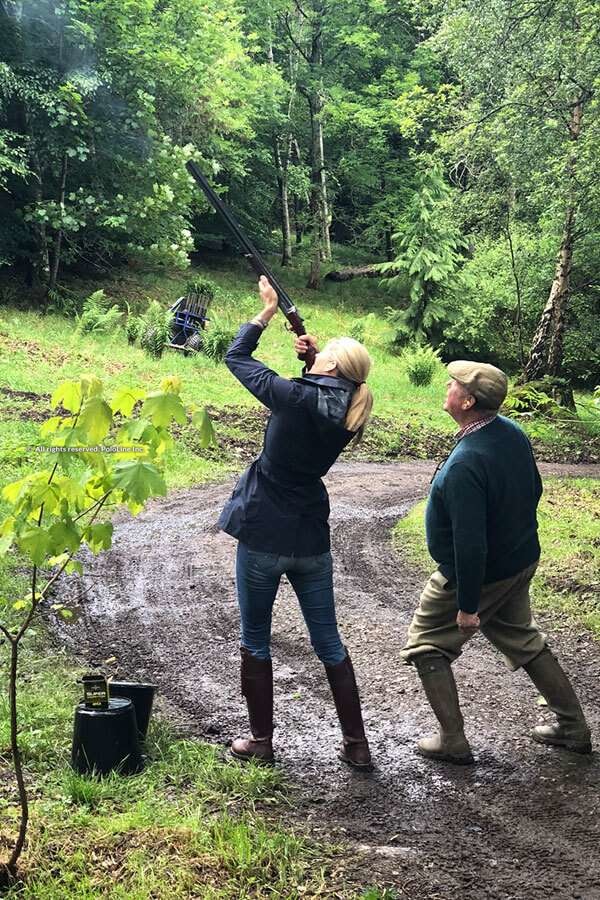 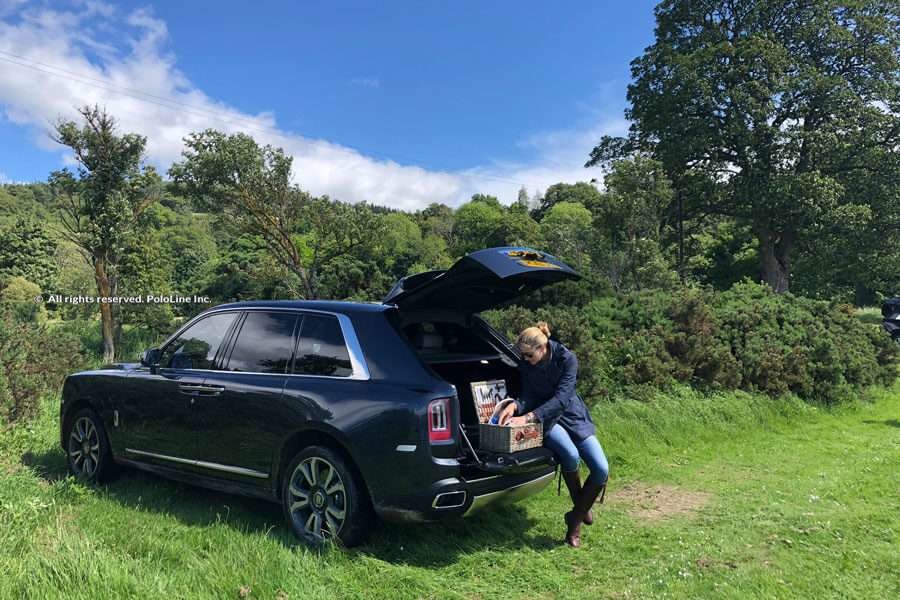 Picnic on the Spey at Arndilly House