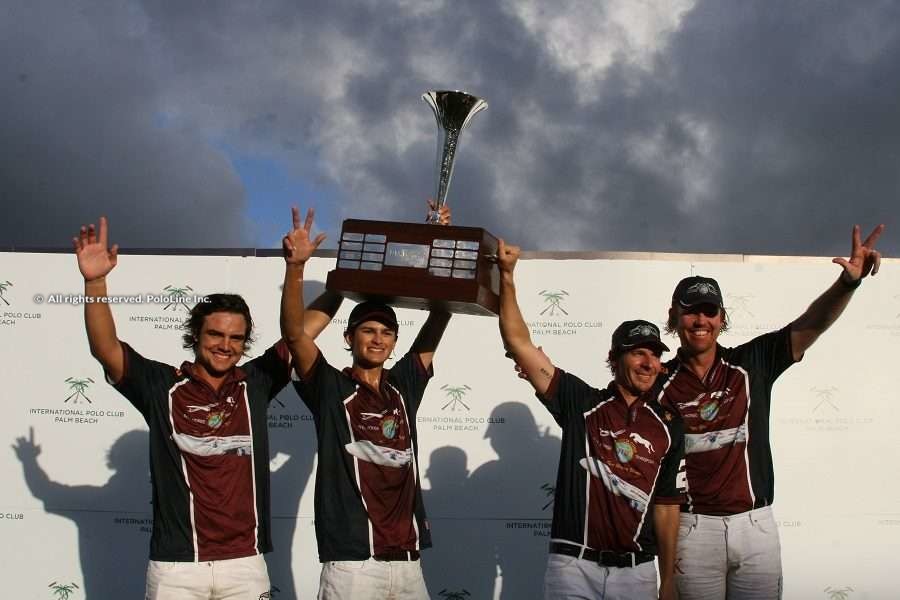 The final of the 2019 Ylvisaker Cup saw Dutta Corp complete a memorable 20-goal season, after defeating Pilot 11-7 on the U.S Polo Assn. Field 1 to capture all three opening tournaments at the International Polo Club Palm Beach.

During group play, Pilot got the better of Dutta Corp in a 10-8 victory, but the final provided a different story as Dutta Corp deployed an improved strategy to contain the elite play of Facundo Pieres and Lucas James. Dutta Corp’s Kris Kampsen played a deeper defensive position to protect against the long passes from Pieres, while the duo of Gringo Colombres and Lucas Diaz Alberdi relentlessly pressured the ball. The defensive strategy held Pilot to just two field goals on six shots throughout the entire game, a large decrease from their normal offensive output. While, Dutta Corp’s aggressive defense resulted in 15 fouls and eight penalty attempts for Pilot, it also caused numerous turnovers and interceptions that allowed Dutta Corp to dominate open play. The balanced Dutta Corp counter attack saw three players finish with at least three goals to capture the Ylvisaker Cup.

With Pilot looking to fight their way back into the game to begin the second half, they continued to run into a tough Dutta Corp defense. Along with Colombres and Kampsen, Lucas Diaz Alberdi had an exceptional game, swarming Pieres and James at every opportunity. The fourth chukker saw Díaz Alberdi add his second goal of the game, along with Timmy Dutta’s first goal to extend Dutta Corp’s lead to four. Held to zero field goals in the second half, Pilot’s only offense came from four penalty goals off the mallet of Pieres and James, while their inability to generate shot opportunities was the story of the game. Pilot pulled within two goals in the final chukker, but a final goal from Lucas Díaz Alberdi sealed the victory as Dutta Corp finished a sweep of the 20 goal tournaments. 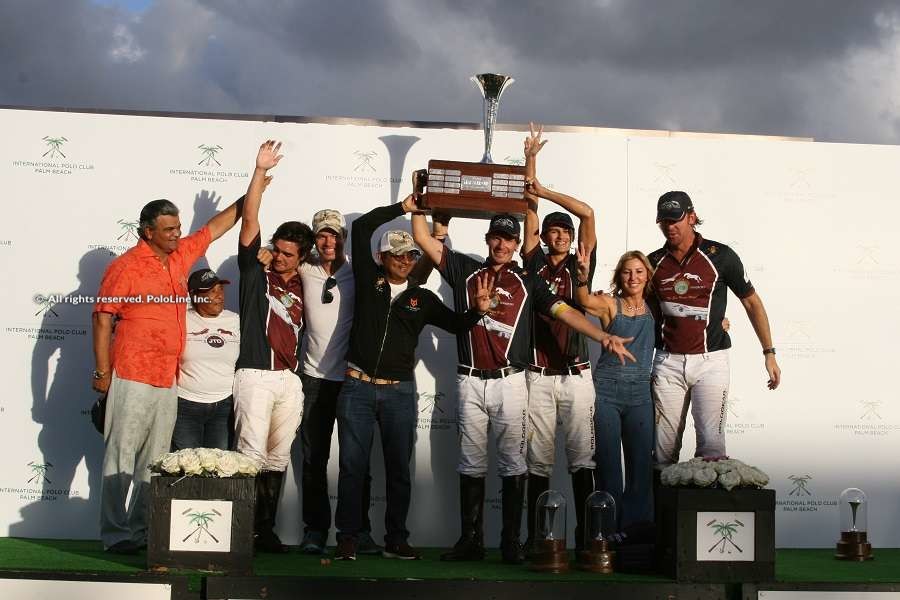