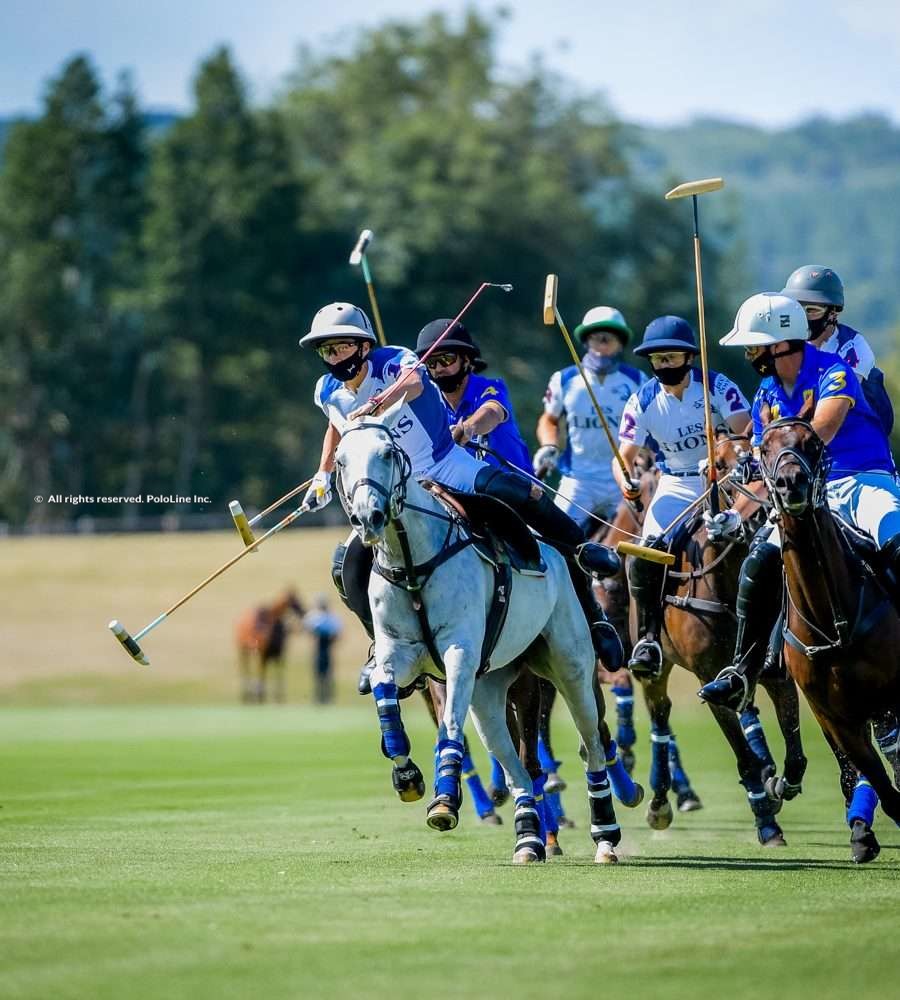 The Queen’s Cup: Park Place and Les Lions/Great Oaks go for the glory

The final of the Queen’s Cup, Guards Polo Club’s premier competition and one of the most important polo trophies of the world, is set to be played on Sunday August 23. A final that should have been taken place by mid-June, as usual, but that has become the ice of the cake of the 2020 British season.

The Queen’s Cup has been established in 1960 to honor Her Majesty Queen Elizabeth II. That means the tournament is celebrating its 60th. anniversary, however in a very different way than expected, due to the COVID-19 outbreak. As it happened thoroghout the whole season, the Queen’s Cup has been played under strict safety and hygienic measures and social distancing. That’s why Her Majesty the Queen won’t attend to present the awards as usual – she has remained isolated at Windsor Castle during the pandemic and she is currently on her annual holiday break at Balmoral Castle, in Scotland. Maybe many royal fans could be asking themselves whether any member of the House of Windsor will be able to attend on behalf of Her Majesty’s at least to be present at the awards ceremony…

With regards to polo, The Queen’s Ground, the club’s main field, will see the clash of two of the most powerful organisations in England – Park Place and Les Lions/Great Oaks. Let’s have a glimpse about what to expect on Sunday.

The Queen’s Cup is no stranger to the Pieres family – the legendary Gonzalo, as well as his three sons, Gonzalito, Facundo and Nicolás, have won the tournament several times, with different organisations – Ellerston, Ellerston White, Broncos, King Power, La Indiana, Scone. Precisely, Scone, that had Nicolás within the lineup, were the title holders, until they lost to Park Place in semifinals. Andrey Borodin’s team, who remained unbeaten thoroghout the competition, have Nico’s elder brothers, Gonzalito and Facundo, as well as British Kian Hall.

“We are very happy to have reached the final, that was our goal”, Gonzalito Pieres told PoloLine. “In addition, it will be a great opportunity for us, because we lost to Les Lions in the semifinals of the Gold Cup. Indeed, we are very much looking forward to claim the Queen’s Cup”.

Meanwhile, Les Lions/Great Oaks, will be playing their third final of the season. They lost to Park Place in the Prince of Wales Trophy and to Next Generation in the championship match of the Gold Cup for the British Open. Dillon Bacon’s squad, with the two powerful Castagnola brothers Bartolito and Camilo and Santiago Laborde, only lost one match in the Queen’s Cup – against Scone in the league stage – and finally they made it big after defeating no less than Next Generation in quarter finals. They battled hard in the semi against Thai Polo NW, a tough match that was well decided thorugh a fantastic goal produced by Bartolito Castagnola in extra chukka.

“We expect to claim this tournament”, says Bartolito, the “hero” of the semi against Thai Polo NW. “We are in good form as well as the horses. We have everything to make it, but we are very aware that we will face a great team like Park Place, with the two Pieres brothers. I believe it will be a hard final that can go to anyone; it will be a very good match”.

Adds Gonzalito: “Les Lions is an extremely tough contender. We already played against them and we know it is a team with four great players”. On the other side, the fact that he is about to play another final with his brother at Guards, is an extra motivation for Gonzalito. “I am very happy to be able to play a final with Facundo once again. I already played and won many finals with him with other organisations, such as Broncos, Ellerston, King Power”.

This will be the first Queen’s Cup for Les Lions/Great Oaks as well as for Bartolito and Camilo. And there are some other components that make this match special for them – Les Lions/Great Oaks have played all the three 22-goal finals of the season – the Prince of Wales Trophy, the Gold Cup and now the Queen’s Cup. Would it be third time lucky for them perhaps? “I hope so! I hope we can make it now, let’s see. But I am confident that we have big chances to win”, states Barto.

The same question should go to Park Place, a lineup that played two consecutive finals, in 2018 and 2019. Gonzalito has his hopes: “So, here we are, playing for a new organisation and very much looking forward to close a good season in England”, the eldest of the Pieres brothers says.

Les Lions/Great Oaks y Park Place are ready to play the much awaited final of the Queen’s Cup, a match that it is indeed a guarantee of great polo, a spectacular head-to-head that will kick off at 3pm.