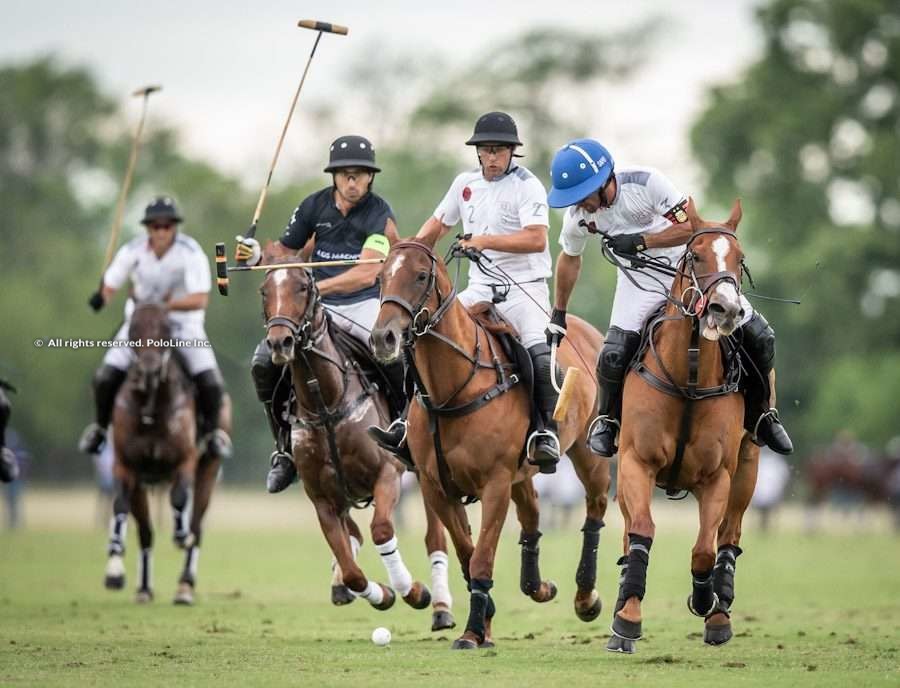 As was the case with the Tortugas Open, the tournament is being played on single elimination, and no spectators are allowed into the grounds of the Alfredo Lalor Headquarters of the Argentine Association of Polo in Pilar. Only official media can enter, as long as they comply with the strict hygiene and safety protocols.

In the opening match, title holders La Dolfina Saudi – boasting the return of 10-goaler Pablo MacDonough to the field- easily dominated La Ensenada La Aguada to claim an impressive 15-4 win. While the first chukka was a balanced affair, ending 2-all, La Dolfina took control of the match as of the second chukka, where they outscored La Ensenada La Aguada 4-0, with Pablo McDonough and Poroto Cambiaso scoring two goals apiece.

La Dolfina Saudi’s held La Ensenada La Aguada scoreless over the next three chukkas. They converted nine goals, taking a comfortable 11-2 advantage by half time. La Ensenada La Aguada suffered in the third chukka, when Matias Torres Zavaleta left the field due to an injury on his right knee. He was replaced by a Triple Crown newcomer, young gun Peke Gonzalez.

La Ensenada La Aguada struggled in the second half, but despite the efforts, they couldn’t do anything against a powerful La Dolfina Saudi. They managed to score a couple of goals, but it was too late. Poroto Cambiaso scored his fifth goal with a few minutes remaining, securing La Dolfina Saudi’s place in the semifinals.

Un next, RS Murus Sanctus got off to a strong start against Los Machitos. They went 4-2 up after two chukkas of play, with leading man Sapo Caset scoring from the field and nailing the penalty conversions. But it was a very balanced affair in the end, with Los Machitos making a strong comeback and outscoring a somewhat lost RS Murus Sanctus to take the lead (6-5) for the first time in the third chukka.

The battle continued and RS Murus Sanctus bounced back. Santiago Toccalino scored to widen Los Machitos’ advantage to 7-5, but RS Murus Sanctus replied quickly; they scored three unanswered goals to secure a narrow 8-7 leaa at half time. The second half was very hard fought, with both teams exchanging enough goals to tie the game 9-all in the fifth. Stepping into the last chukka, Los Machitos lead by one (11-10).

But Sapo Caset came through. He converted a 40 yard penalty to tie the game 11-all, and fought to score two great consecutive goals from the field. This gave RS Murus Sanctus a 13-11 victory and a place in the semifinals.