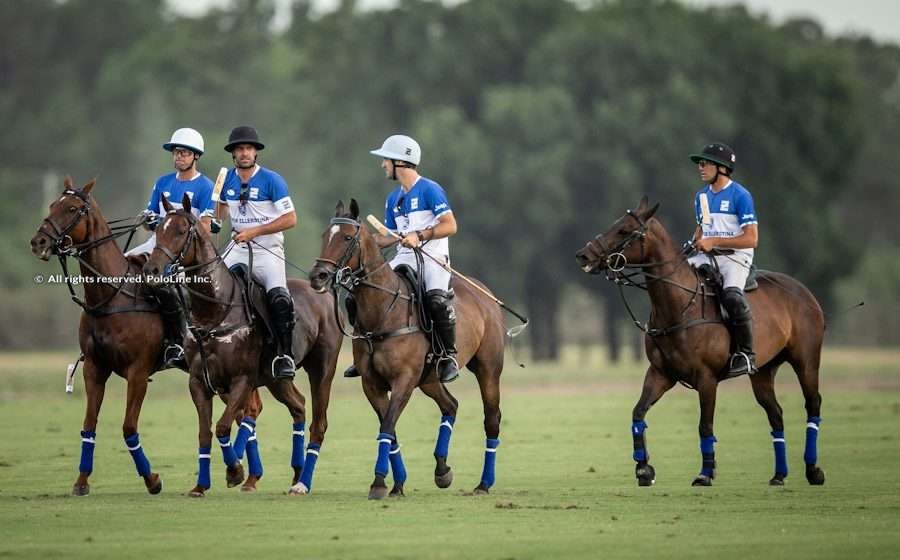 The finalists of the Hurlingham Open, the second leg of the Argentine Triple Crown, have been revealed! In the second semifinal played at the Alfredo Lalor Headquarters of the Argentine Association Polo in Pilar, Ellerstina defeated La Natividad Las Monjitas by 15 goal to 10 to qualify for the tournament final. They will now play RS Murus Sanctus for the title on Sunday, November 22, at 11am.

To the surprise of those who expected a close contest, Ellerstina seized the reins from the very first minute of play, overwhelming La Natividad Las Monjitas heavily in the first half. The organisation headed by the Castagnolas struggled to remain in the match. Jeta Castagnola scored several field goals and converted four penalties throughout the match, but Ellerstina were on point. By the second chukka, they were 8-1 up, and when they half time bell rang they has secured a commanding 11-4 advantage.

Ellerstina seemed to take their foot off the accelerator in the second half, especially in the fifth chukka, when La Natividad Las Monjitas bounced back and outscored them 4-0 to bring the difference down to three goals (11-7). A hard fought sixth chukka followed, and Ellerstina stepped into the last leading by four goals (13-9). Would it be possible for La Natividad Las Monjitas to change the course of history in one chukka?

Despite their efforts, they were unable to bounce back. Not only did Ellerstina shut down their every attempt to score, but the impressive advantage they took in the first two chukkas was enough to secure the victory. They scored two more goals in the seventh chukka to win the game 15-10 and qualify for the final, where they will have the opportunity to retain the title they claimed in 2019.