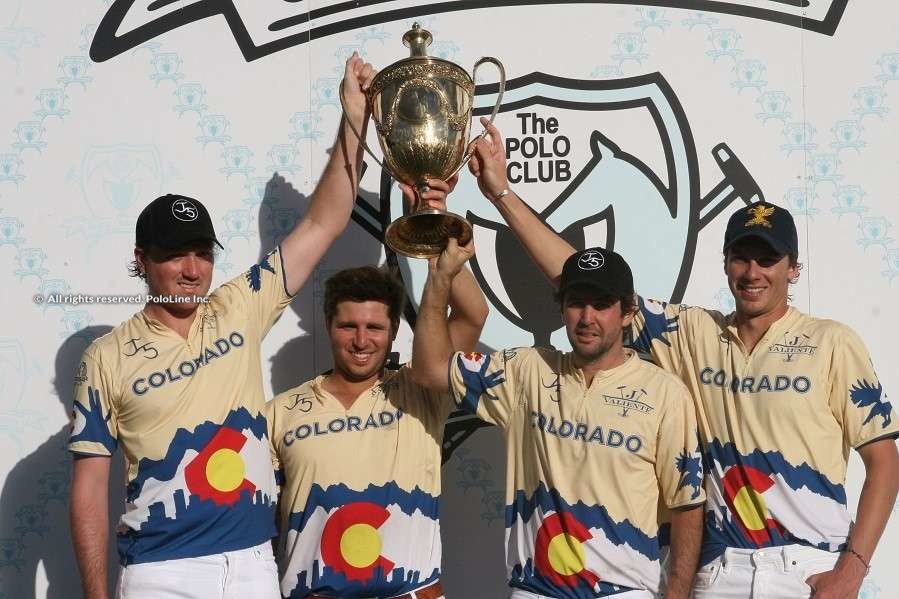 Colorado rallied for a thrilling 9-8 upset of defending champion Valiente in front of a good local crowd. It was Colorado’s biggest tournament win in its two-year history as a team and first time all four players won the Sterling Cup including Johnson, who was making his 20-goal tournament debut.

Argentine 9-goaler Diego Cavanagh was named Most Valuable Player after scoring a game-high four goals including the game-winner with two minutes left on an amazing 60-yard safety conversion in  windy conditions. Colorado finished the five-day, six team tournament undefeated with a 3-0 record. In early games, Colorado defeated Santa Clara, 9-8, and Casablanca, 13-10, and finished with 31 goals in the tournament.

In the fast-paced game, the lead changed hands five times late in the second half. Valiente led 5-3 at halftime and dominated most of the game until 6:08 in the fifth chukker when Cavanagh scored to tie the game at 6-6. Valiente regained the lead, 7-6, on Zedda’s 30-yard penalty conversion with 2:43 left. Colorado tied the game at 7-7 after Johnson tapped in Cavanagh’s missed safety with 49 seconds left in the fifth chukker.

Colorado took the lead, 8-7, for the first time with 7:23 left in the sixth chukker on Cavanagh’s 30-yard penalty conversion. Four minutes later, Adolfo Cambiaso scored to tie the game, 8-8. Colorado took the lead for the second and final time when Cavanagh nailed a safety lofting the ball 60 yards to the left of the goal post, curving in with the help of the wind. After that it was just a matter of Colorado eating up the clock.

Torres turned in one of his finest performances in a final, playing aggressively, coming up with key steals and defending well. It was also Torres and Johnson who kept the ball away from Valiente in the final minute.

BPP of the Final: Moonshine, played by Poroto Cambiaso.