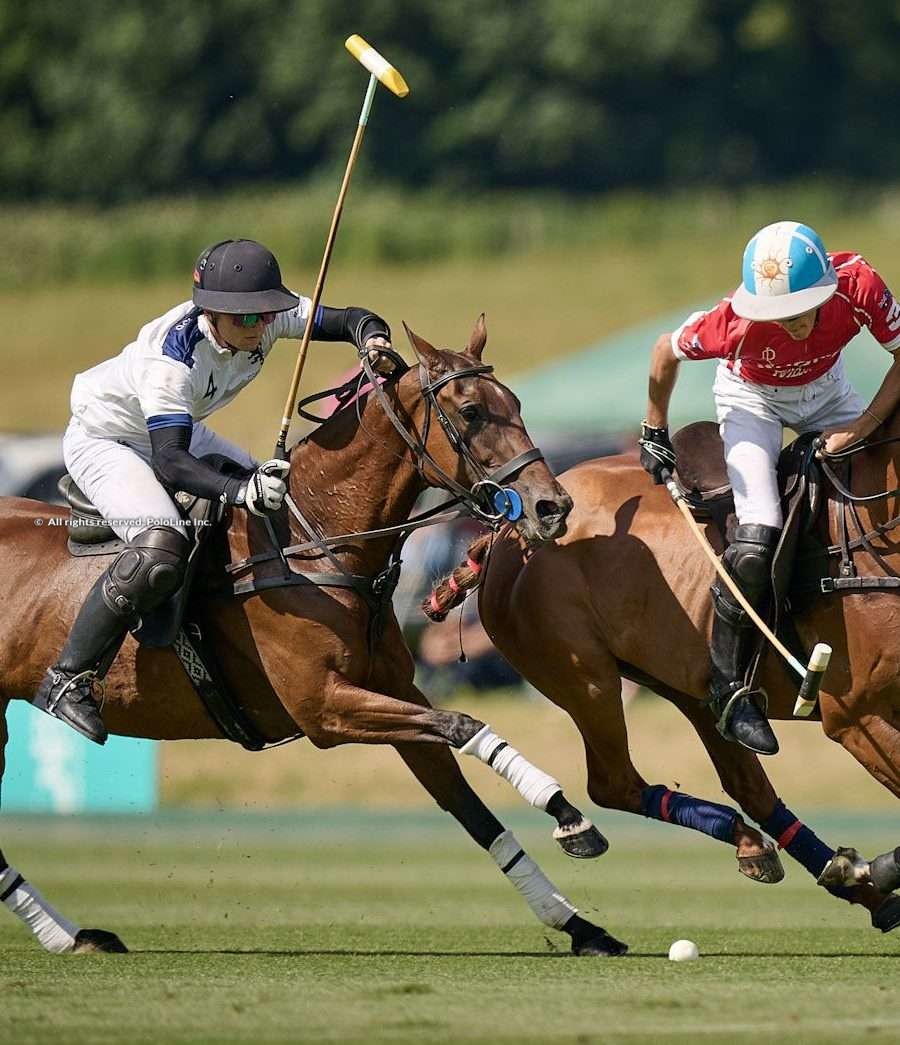 UAE and Scone claimed victories on the opening day of the British Open Polo Championship for the Cowdray Gold Cup. Hosted by Cowdray Park Polo Club since 1956, the tournament is one of the highlights of the British season. It is also one of the three Grand Slams of Polo, alongside the Argentine Open and the US Open. This year’s tournament sees fourteen teams, up to 22 goals, compete for the coveted golden trophy.

In the first match, UAE managed to dominate King Power in the first four chukkas of play. King Power were five goals behind in the fifth, but Top Srivaddhanaprabha’s team managed to make a comeback, closing the gap down to just one goal (7-8). However, a determined UAE, who had failed to score in two chukkas, converted a couple of goals in the sixth to claim the 10-8 win.

A similar situation occurred in the next match. Scone got off to a good start over Monterosso, and by the end of the fourth chukka, David Paradice’s team had reached a commanding 11-7 lead over Alessandro Bazzoni’s organization. The last chukkas were very hard fought, with consecutive ties (11-11 and 13-13), and ultimately, the match was forced into extra chukka. Poroto Cambiaso was the one to sec Scone’s 14-13 victory by scoring his ninth goal of the game.

The British Open Polo Championship for the Cowdray Gold Cup resumes on Wednesday June 22, with with games: