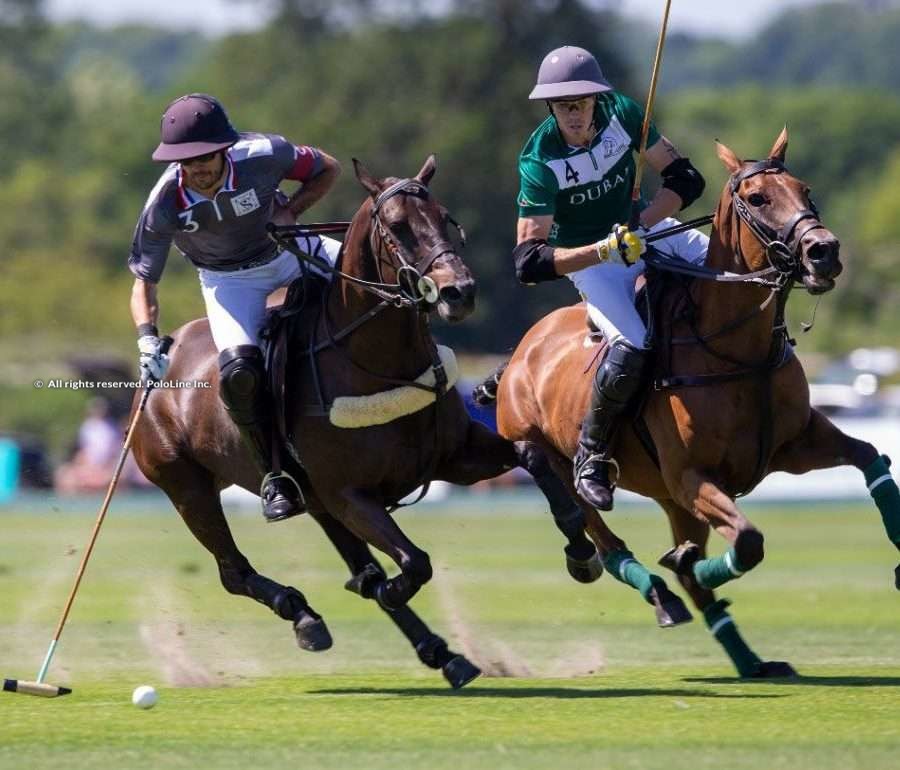 The British Open Polo Championship for the Cowdray Gold Cup resumed on Wednesday June 22 with two games that saw wins by Park Place Vaara, the recent runner up of the Queen’s Cup, and Dubai, who is back to the Gold Cup after their success in 2019. The tournament sees fourteen teams up to 22 goals, compete. In the opening match, Park Place Vaara had no trouble at all to defeat Vikings 15-9, in a match that was almost said and done in the third chukka, when Vaara were leading 10-4. Vaara dominated thoroghout the six chukkas of play, and at the end of the day, their earned a very important debut win.

In the follow-up, Dubai claimed a 17-13 victory over Murus Sanctus, a contest that saw Dubai’s Jero del Carril’s much anticipated debut in the British high goal. Corinne Ricard’s foursome had two changes: Ricard was subbed in by Beltrán Laulhé, while José Ramón Araya filled in for his cousin, Marcos Araya. Murus Sanctus got off to a better start, but Dubai seized the reins from the second chukka onwards, led by Jeta Castagnola, who is playing better every day, and who produced no less than nine goals. Slowly, Dubai widened their advantage, although Murus Sanctus managed to close the gap to one goal (13-12) in the fifth chukka. But that was not a problem for Dubai; they quickly outscored Murus Sanctus 4-1 in the last chukka to earn the final 17-13.

*Subbed in for Corinne Ricard 0.

**Subbed in for Marcos Araya 6.

The British Open Polo Championship for the Cowdray Gold Cup will continue on Thursday June 23, with the following schedule: