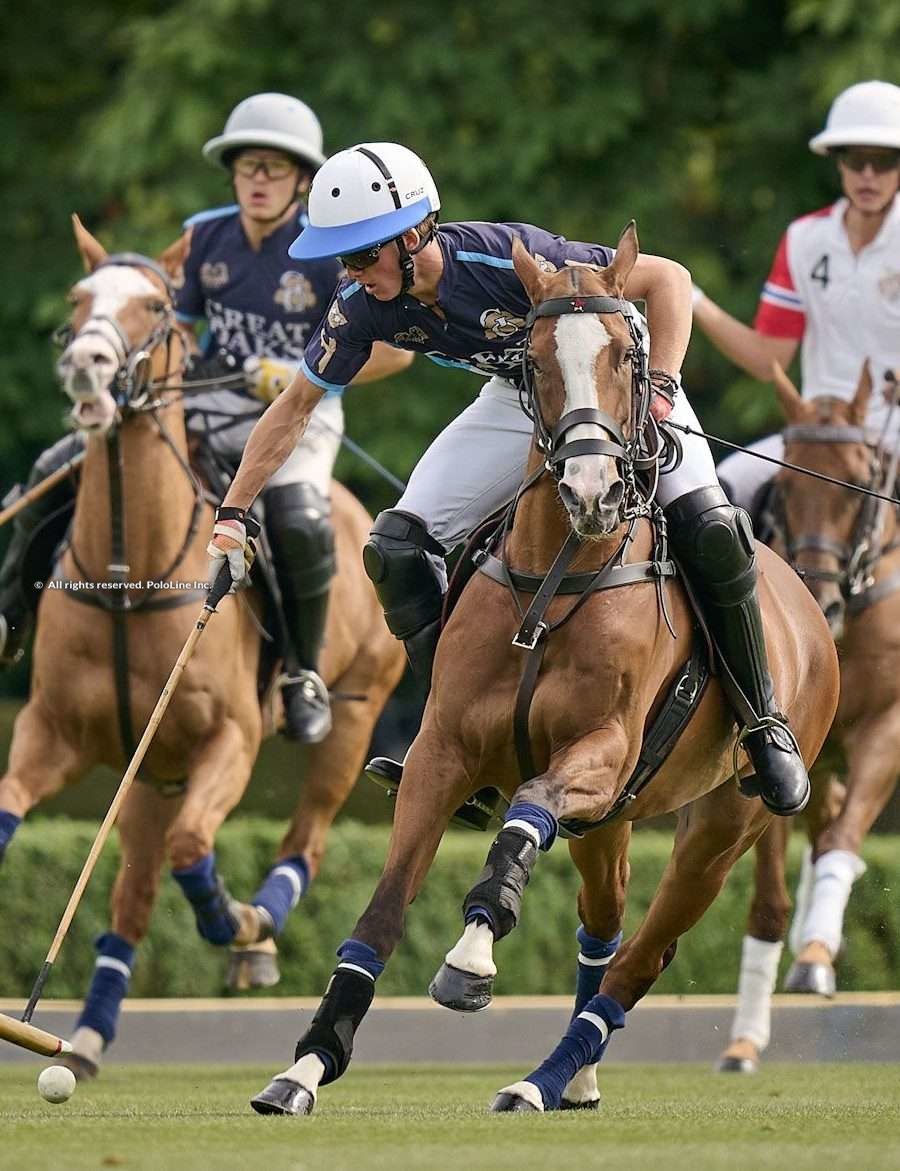 In the opening match, Murus Sanctus earned their first win after beating Monterosso 10-11. Corinne Ricard’s lineup got off to a much better start, that led them to a commanding 6-3 lead by half time, but Monterosso had their momentum in the two following chukkas, as they were able to close the gap to just one goal (9-10) in the penultimate chukka. At the end of the day, the last chukka ended 1-1, which meant that the French team earned a crucial first win.

Later in the afternoon, Great Oaks Les Lions, the recent winners of the Queen’s Cup, met Vikings in a very tough contest. Vikings, who received one goal on handicap and had Cristian Laprida subbing in for Diego Cavanagh, who has an injury on his back, retained the first chukka, but the real battle commenced in the second chukka. After two consecutive ties, Vikings claimed the fourth chukka, while the fifth went to Great Oaks Les Lions. A very hard fought last chukka followed, and by the end of regulation time, the scoreboard read a 9-all, which forced an extra chukka. It was Cruz Heguy who produced the winning goal to seal the deal and secure the 10-9 win for Dillon Bacon and company.

*Subbed in for Diego Cavanagh.

The British Open Polo Championship for the Cowdray Gold Cup will continue on Thursday June 30: