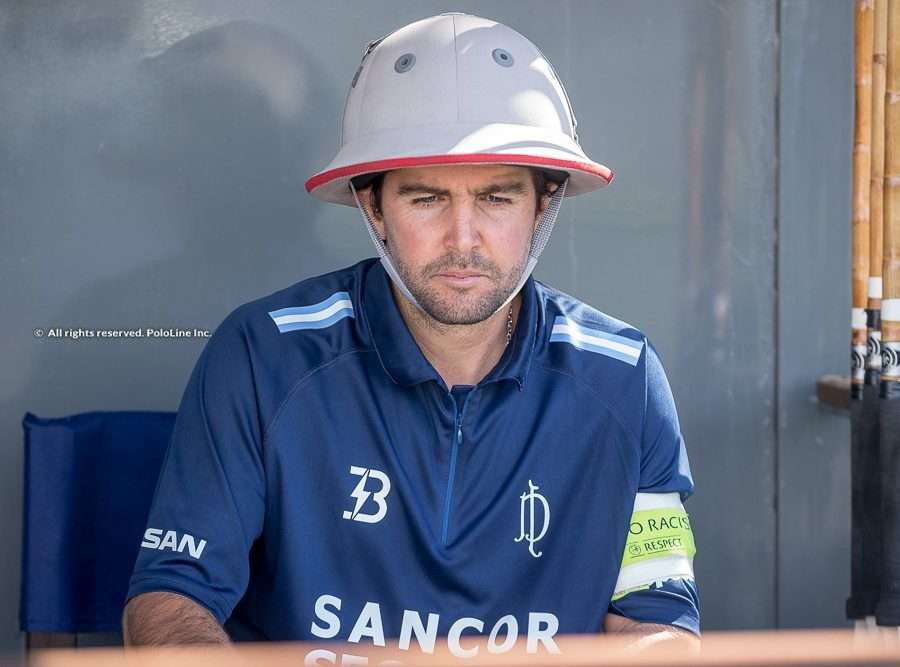 “You have to enjoy the present, continue learning, improve, and be grateful”

Diego Cavanagh is back in the States playing the World Polo League, showing a maturity and growth that corresponds to a 9-goal player (he is now 9-goals in both the US and Argentina). Last Sunday he scored six goals to help Valiente claim the All Star Challenge for a second year in a row. “I am very happy to have reached 9-goals in Argentina,” says the 33-year-old Argentine. “I am grateful to the team, to La Doflina, and to my family, who have been supporting me over the years and helping me organise my polo.”

Cavanagh’s ties to Adolfo Cambiaso and his organisation have undoubtedly aided his growth, but the truth is that he has worked hard to get to where he is. Even though he is not the first to have received support from the 10-goaler, truth is that not everyone has been able to make the most of the help at hand. “I was playing the Gold Cup in Argentina with Pelon in 2013 when he got sent off and Adolfito came on as a substitute,” recalls Cavanagh. “That was the first time I played with him. After that, he invited me to play with him in England for Dubai the following year.”

The bond between Diego Cavanagh and Adolfo Cambiaso has led to many victories and titles, not only in Argentina, but in England and USA, too. Cavanagh is currently sharing a team with Cambiaso and his son, Poroto, and not for the first time—they won the San Jorge Open together in 2019. “I am thrilled to be able to play the WPL again with the best players in the world, and the best level of polo outside of Argentina,” continues Cavanagh, who represents La Doflina Polo Ranch in the Argentine Triple Crown. “Our expectations are very high. The team is a lot of fun. I am grateful for the invitation and to be playing with the two Cambiasos and Bob. Hopefully we will do well!”

But the relationship Cavanagh has established with Cambiaso now goes beyond the boards of a polo field. “We have built a relationship that is more than just polo,” tells Cavanagh. “That is the most valuable part of these years at La Dolfina. They make me feel part of the club, and I will always be grateful to the Cambiaso family.”

Cavanagh debuted in the Argentine Triple Crown as part of a starting line up in 2015 with Washington, a team who earned their place in the championship after winning the qualification tournament. From that moment onwards, he has improved steadily, going from an attacking position without the responsibility of executing penalties and building the play, to a player who knows how to manage the time and speed of the most competitive polo in the world with astounding skill. He is now also an efficient and reliable penalty taker—from all distances. He knows when to hold back and take on the role of director when his team needs it, and he shows to be on a very promising path.

While we may focus on his strengths as a player, the trust earned by Cavanagh also comes from his ability to ride and correctly manage some of the best horses in the world, like the ones Cambiaso has played in Palermo. “It is a luxury, I am very privileged,” says Cavanagh. “Being able to ride these horses made me realise that there are horses better than the ones I could even imagine. It helps me be more critical of the horses I have in order to improve my organisation. Riding clones of Cuartetera, Lapa, or even Carla or Lucky, make you work hard to try and breed or buy similar horses. It definitely helped me raise the bar with regard to my horses.”

As we grow, so do our personal demands and objectives. Now established as one of the most important players competing at the highest level of international polo, the question is how far or close does he feel from forming part of one of the top teams in the Argentine Triple Crown. “As a kid the dream was always to win the Open, but as you grow up you realise just how difficult that is,” says Cavanagh. “There are very good organisations, and a lot of players who perform at a very high level, who all share the same objective. As a player, one always works to put together the best organisation in order to perform at your best for the team. If I have the chance of joining one of the big teams one day, then I would welcome the opportunity. And if that day doesn’t come, I will continue working hard. This is my passion.”

“Every moment serves to form you as a person,” concludes Cavanagh. “You have to enjoy the present, continue learning from the mistakes you have made in the past, improve the future, and be grateful for all that we have. We all have highs and lows, and every moment has a silver lining. I am very happy to have been put up to 9-goals, and to be playing with Valiente in the US. I can’t complain!”