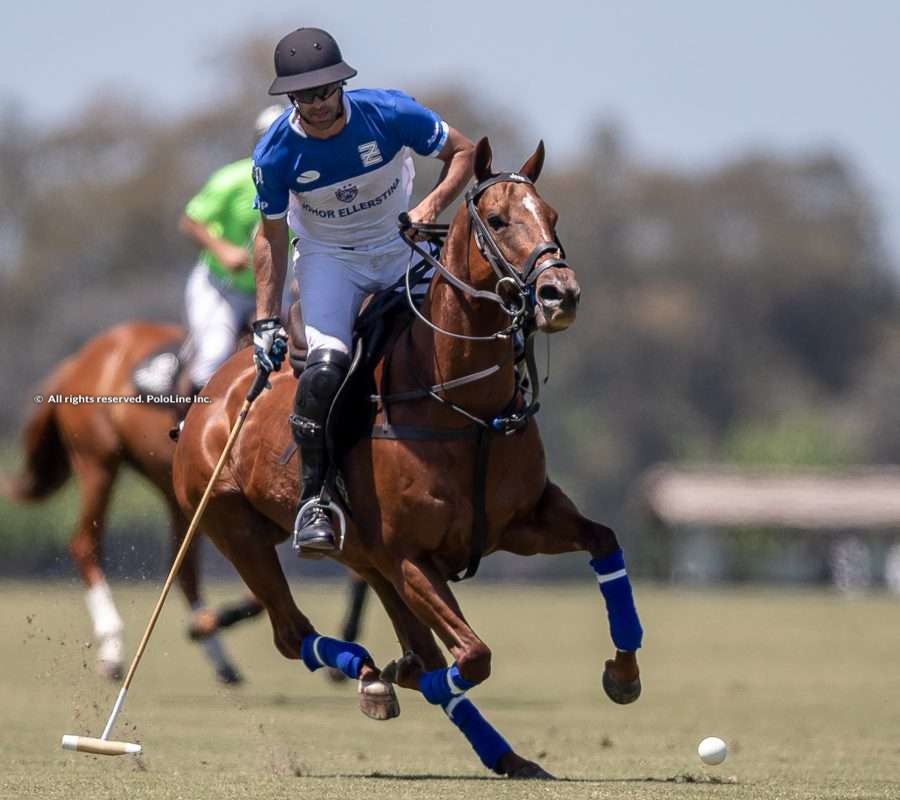 If we take a look at everything they have accomplished in this year’s Triple Crown, Ellerstina can be considered the favourites to win the Argentine Open. They are unbeaten and they have worked very well every match. After the rain delay, Ellerstina’s Open debut has been postponed to Friday, December 4. But in spite of the pressure, Facundo Pieres has his feet firmly on the ground. “I don’t think we are the favourites; the team doesn’t think about being favourites, or about what people are thinking,” he says. “We are very focused. Our minds are set the team, the horses, on getting as far as possible, and on increasing our chances of winning Palermo.”

While Ellerstina have performed exceedingly, the organisation is very careful about considering themselves as the favourites. “Obviously, our expectations are high and we are looking forward to winning Palermo,” says Facundo. “But we are also aware that it is a new tournament, the most important of the three, the one we really want to win, so we are trying to forget about what we have done, and focus on maintaining our style of play and trust our system – the one that will lead us to the best results.”

Back in 2010, exactly ten years ago, Ellerstina made it to Palermo with the chance of winning the Triple Crown – and they did just that. They won the the most important polo championship in the world, the second for the Pieres family, who first won the Triple Crown in 1994. Therefore, Facundo, the top scorer of the Hurlingham Open, has no doubt what their mission is. “To win the Triple Crown, at this point of my life, does not change anything at all,” says Facundo. “What I want the most, and I think it is what all of us want, is to win Palermo. We want Palermo, that’s all.”

How do you feel about the fact that you have been winning?

That we are playing well is the only thing that gives me joy. We’ve had years of playing well, others where we weren’t able to find our rhythm, and when you feel good, the team works, so you enjoy everything more – the stables, the practices, you enjoy it double. In addition to having the pressure of playing and winning everything, we are really enjoying every minute of it.

What do you think about your league for Palermo?

We are taking it step by step. We are aware that we won’t be playing against teams like Murus Sanctus and La Natividad, but on the other hand, if we want to win Palermo, the team has to play well. So, it doesn’t matter who we are playing against – we are only thinking of our team.

Prior to the start of the Triple Crown, many wondered how Hilario Ulloa would mesh with the three Pieres brothers. Now, the results are clear to see. “Hilario has contributed a lot to the team,” says Facundo. “He is an accurate number 2, he has established order in the team, and provided a proper system of play. He also has many virtues off the field – he knows a lot about horses, he has an eye on everything, he is hungry to win and he transmits that to all of us everyday. On top of that he has a very good string. One of the things I like most about him is that he is very accurate to read every match, he knows when to change things, or if something should be corrected during a game, and we speak about it. So far, we have had several good moments during games, as well as a few that weren’t so good, but we have always been able to realise what has to change, and that’s crucial for me.”

This 2020 saw Facundo Pieres sharpen his attack, becoming the top scorer in both Tortugas and Hurlingham, a feat that has not happened in a long time. “Personally, having Hilario join the team has allowed me to play at number one, which was something I really wanted to do. Playing in a position that fits perfectly to me on the field is great, and that is not only due to Hilario, but I thanks to the whole team as well.”