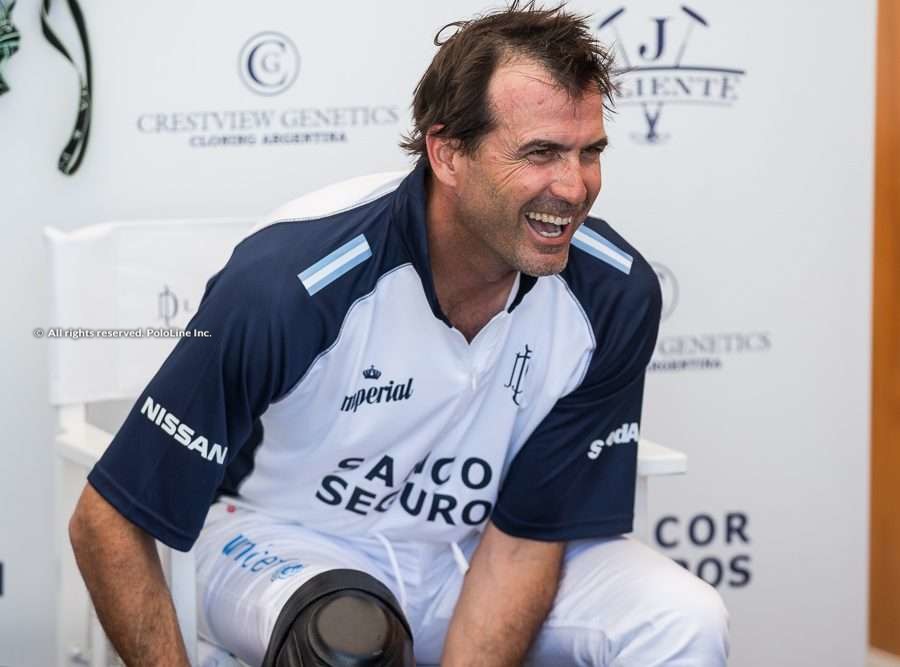 It was pretty difficult to think that such a particular moment could arrive for them so soon. Although great players face each other often in polo, what it is expected to happen on Sunday will definitely be one of the most remarkable events of the latest years, because it will be the fourth clash of the year between the father and son duo, Adolfo and Poroto Cambiaso, and the Castagnola brothers, Bartolomé and Camilo.  But this time, they will go head to head in the final of the British Open Gold Cup.

A summary of 2020 sees a couple of wins for the Castagnolas in Engand, and a win for the Cambiasos in the United States. Unfortunately, and due to the pandemic, the event will be played behind closed doors. But it will be a historic occasion no less, primarily because of the family connection between the four players. The three, young cousins will definitely win many titles in the future, but the inimitable Adolfo Cambiaso is sure to come through and control the game.

“I am very happy to be able to play with Poro in the last phase of my career, which connects with the start of his, and pass my own experiences on to him,” Adolfo Cambiaso told Pololine. “The possibility of playing such a final with your son is very nice, it is priceless, irrespective of whether you win or lose.”

Cambiaso has watched his nephews, the Catagnolas, grow into the players they are today. “I am very proud to play this final against the Castagnolas, they are my sister’s sons; and I think that Poroto will be able to play with them someday,” continues Cambiaso. “I am not surprised to see how good they and Poroto are, because they are very dedicated, they do their best – and that’s the most important thing. They love what they do, they are very enthusiastic, and they work hard. The level the Castagnolas have reached does not surprise me at all; on the contrary, new blood is good for polo.”

For Adolfo Cambiaso, a victory could award him his seventh British Open title (in 2005, he missed the final due to an injury during the semifinal game). The last time he lifted the golden trophy was in 2014, wearing the Dubai jersey, with 8-goaler Diego Cavanagh, a man who is highly appreciated within the La Dolfina organisation, and who is currently filling in for Pelon Stirling. The fact that Cambiaso won the Gold Cup for the first time in 1991, with Tramontana, makes his presence in this final even more remarkable.

To say it will be an unforgettable final for Adolfo Cambiaso could sound repetitive, but he aims far and beyond with regards how special the upcoming Gold Cup final will be for him. “How not to enjoy to play with my son? I am not sure whether I could be able to play a final like this in my life. What I would really love is to retire after playing the Argentine Open with him. It does not matter if we win, but to be able to compete with him at the highest level, to know that I am 45 and he is just a 14-years-old kid, is incredible”.

As mentioned, the final will be played behind closed doors, in accordance to COVID-19 precautions. “We will enjoy the match, obviously; but it will certainly be quite strange because of the pandemic,” says Cambiaso. “But we are happy, and we are always grateful to Valiente, to Bob Jornayvaz who provide us with horses. We are also grateful to Jean-François Decaux, who gave us the incredible opportunity of playing such a great tournament together. He believed both in me, at 45, and in my 14-year-old son. It was not that easy, but he believed in us, and we made it to the final.”

NEXT GENERATION vs LES LIONS/GREAT OAKS