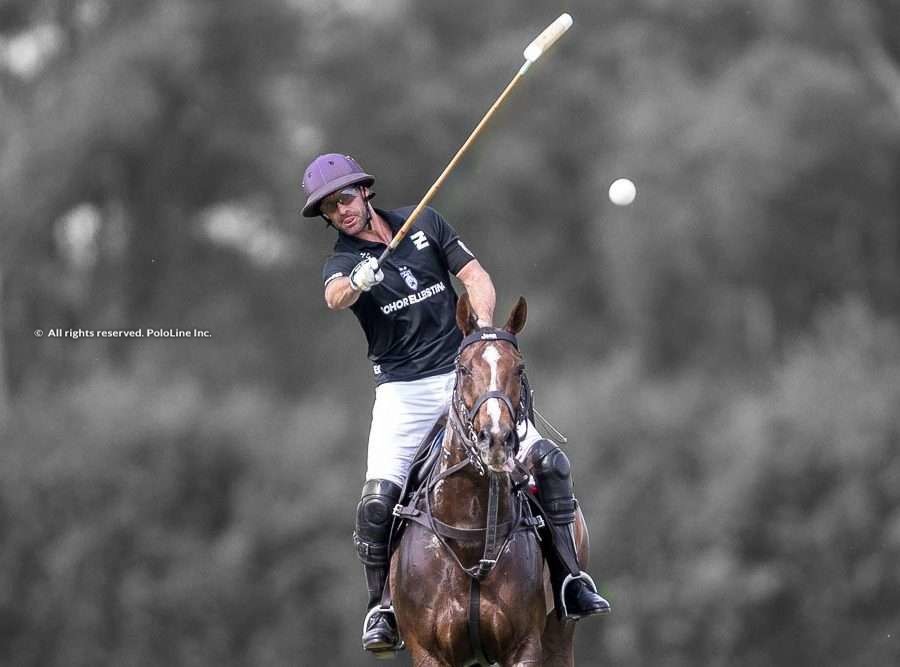 The strike and its impact in the game

It is clear that in polo, and every other ball based sport, striking the ball with precision—with the correct direction and distance—is fundamental to the success of the game. Before striking the ball, a player can consider the following possibilities:

1) Keeping the ball, as is the case in a run. Here the player should consider that after every strike they should attempt to hit the ball when it is stationary to minimise error. The player must measure the distance of the strike, the speed of the horse, and lastly, the speed of the swing.

2) Passing the ball to a teammate, either with a forward pass, or a backhander (in defence).

One must keep in mind that these shots do not necessarily have to travel a long distance; a short, accurate shot, is better that a long, inaccurate one.

Of course, conditions for striking the ball will rarely be the same, and will largely depend on the pressure and urgency of the play. The rhythm of the game forces a player to make decisions in a fraction of a second. At other moments, time may be on the player’s side, making it easier to think and act accordingly.

However, it is of utmost importance for a player to decide what their objective is before striking the ball.

How often does a player feel dissatisfied after striking the ball?

1) Passing the ball in the direction of play, but without precisión, and thus handing it over to the opponent, or to no one in particular.

2) Striking the ball and hitting a horse or a player. This shows us that the strike is inaccurate.

3) Hitting to goal, and missing.

So, to hit the ball with precision, a player should consider the following:

1) First and foremost, look where the ball will be hit.

2) If there is time, imagine the trajectory of the ball.

3) Keep your eye on the ball during the strike.

4) Hit the ball respecting the three angles of the strike.

A great player has the ability to easily manage long, medium, and short shots with accuracy.