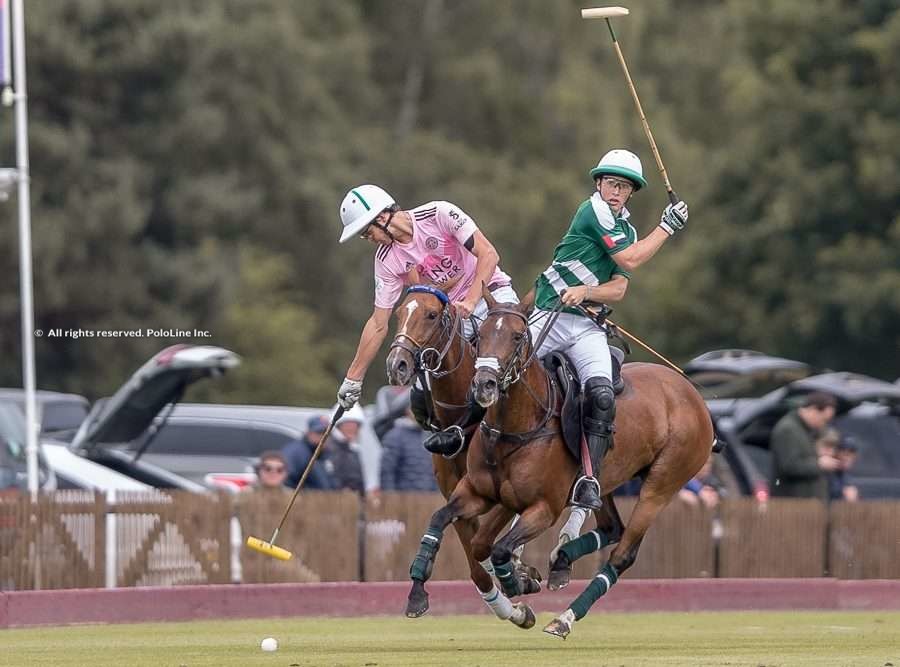 The Gold Cup: It’s time for a new champion!

On Sunday, Cowdray Park Polo Club will host the much anticipated final of the British Open Gold Cup, one of the most prestigious tournaments in the world. After a month of intense competition, VS King Power and Dubai are the two teams set to fight for the title. The tournament was first played in 1956 at the insistence of a legendary figure in English polo, John Weetman Pearson, the second Viscount  Cowdray, who was one of the men responsible for reintroducing polo in England after the Second World War.

The final will see two Asian teams—VS King Power representing Thailand, and Dubai representing the United Arab Emirates—go head to head for the title. These are two of the most powerful organisations in the international polo world, and they are no strangers to Gold Cup victory. VS King Power qualified for the final back in 2014, and then went on to win the tournament three years in a row (2015, 2016, 2017) with a line-up that included brothers Gonzalo and Facundo Pieres. Polito Pieres, who is representing King Power this year, won the tournament in 2012 with Cortium. Dubai, on the other hand, won the Gold Cup on four occasions: in 2001, 2005, 2010 and 2014.

A couple of key facts: This final will recall that match back in 2014, where Dubai beat King Power to steal the title. Furthermore, brothers Bartolomé and Camilo Castagnola have the chance of following in the footsteps of their father Lolo, and their uncle Adolfo Cambiaso, who won the tournament with Dubai together in 2001.

This final will see a mix of experience and youth take to the field. VS King Power has Top Srivaddhanaprabha at the head of the team, the talented Polito Pieres, the organisation and experience of Marcos Di Paola, and one of the most outstanding up and coming players of the last few years, Juan Martín Zubía. Dubai, on the other hand, sees Ali Albwardy’s son Rashid in the formation, and boasts the security and strength of South African Nachi du Plessis at back, and the teenage brothers who have polo in their DNA: Bartolito and Camilo, sons of Lolo Castagnola and Camila Cambiaso.

Sunday will be special in that it marks the comeback of two gigantic organisations to British polo. The day will be particularly significant for the Thai team, however, as the memory of Vichai Srivaddhanaprabha, the alma mater and creator of King Power, is more present than ever in the organisation. His initials have been added to the name of the team, and this season is a form of tribute to the man who gave everything for his love of polo and horses. It was Vichai himself who asked Marcos Di Paola to get back into playing high goal polo, when his job was more related to managing the organisation.

What was the run up to the final like for both teams?

The tournament has been slightly more successful for Dubai, as they have only lost once so far, to Talandracas in their first match (7-8). They then went on to win all their matches, against La Indiana (16-13), Scone (12-7) and Monterosso (10-8). They played La Indiana once again in the quarterfinals, in a very well fought match which saw Jeta Castagnola score the winning goal to secure the 8-7 victory. In the semis they defeated Scone once again, this time 14-10.

VS King Power, however, didn’t have the best start to the tournament. They lost to Murus Sanctus (11-12), Emlor (7-8) and Park Place (7-13), only claiming their first win in the final match of the qualification stage, against La Bamba de Areco (9-7). They went on to beat Murus Sanctus in the quarters (13-12), and took on Park Place in the semis—a match they won 11-10 thanks to a last minute goal from Juan Martín Zubía.

What can we expect from the final?

Looking over the results from the tournament, one could say that Dubai has the slight advantage. But a final is a final, and when the time comes, it doesn’t matter who won more matches earlier on in the month. Considering the talent and experience both organisations have, all we can guarantee is that this is going to be a final like no other!