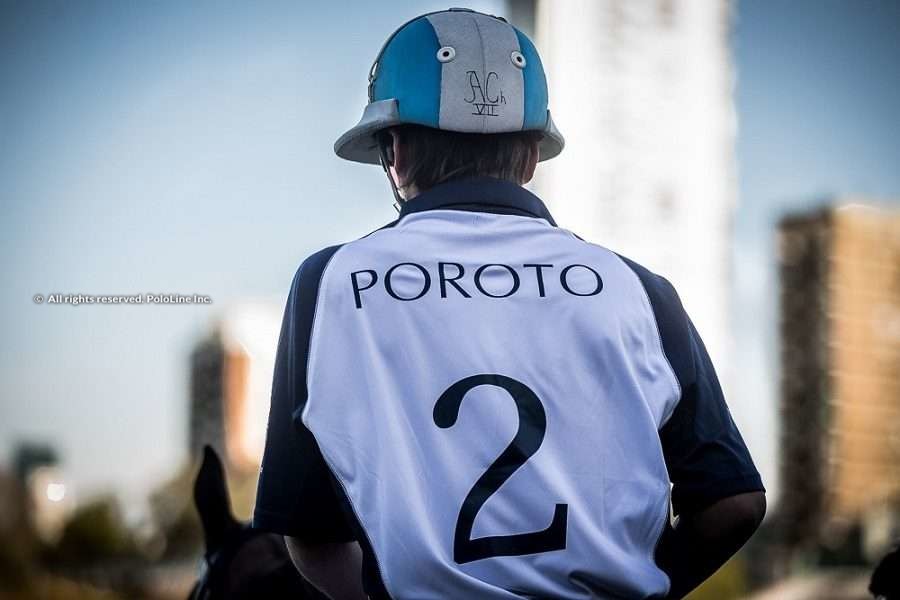 On Tuesday, October 13, the Board of Directors of the Argentine Association of Polo (AAP) decided to raise Poroto Cambiaso’s handicap from 4 to 6 goals. The change was announced on Wednesday October 14. This handicap alteration would allow the 14-year-old to participate in Triple Crown tournaments, should he be invited to play. The decision was based on Article 9 of the Technical Rules.

The official statement says the following:

“On Wednesday, the Board of Directors of the Argentine Association of Polo approved the raise to 6 (six) goals for Adolfo Cambiaso III. This is on the understanding that this exceptional raise does not grant any sporting advantage to any club he does, or will, represent. This measure has been taken by the Board of Directors of the AAP based on the Article 9, chapter 1, of the Technical Rules of the Argentine Association of Polo, which states: ‘In the event of an emergency, the Board of Directors will be allowed to change the handicap of players at any moment, without any proposal or report from the General Handicap Sub-Committee.'”

So, here are the facts and doubts that were raised following this decision. It is worth noting that this measure has been taken before, back in 2007, when 4-goaler Alfio Marchini, 2006 winner of the República Argentina Cup, shared his interest in playing the Triple Crown. It was later established that, in order to play the most prestigious polo championship in the world, players should be rated at a minimum of 6 goals.

However, it is almost certain no one doubts that, despite his young age, Poroto Cambiaso is an amazingly gifted player. He showed that this year in England and the United States, and he also stood out in the 2019 Argentine Spring season, when he won the San Jorge Open with his father, Diego Cavanagh, and Juan Martín Zubía. So, why put limit on the handicap if that handicap can be changed later?

“It is a rule that this association set two years ago, taking into account specific scenarios,” shares Eduardo Novillo Astrada, President of the Argentine Association of Polo. “The Association chose to act on its own initiative and take formal decisions on this issue. We have taken into account Juan Martin Nero’s injury, and the possibility of Poroto being a potential substitute. This certainly accelerated the procedure. But it is something we’ve been talking about for a month or so. Having not had an Autumn season led us to consider his performance in England. We insist that this does not hold any unfair advantage, in sporting terms, for his current or future commitments.”

There also exists another example of a handicap change where the AAP acted on its own initiative: In 2019, during the República Argentina Cup, Matías Machado, who was originally rated 2-goals, played the tournament rated 5. This meant that a new league had to be drawn, because in that specific tournament, the  handicap directly influences the score. This is not the case in the Triple Crown, which is played under an ‘open’ format.

Meanwhile, Adolfo Cambiaso told PoloLine that, “despite Poroto being raised to 6, it is still uncertain whether he will play, as it is true that a back should be doing the job.” Adolfo Cambiaso’s son has already played a practice with La Dolfina, but it has not yet been announced whether he will definitely replace Juan Martin Nero.

Poroto Cambiaso is due to play the Cámara de Diputados Cup alongside Rodrigo Andrade, Santi Torres and Isidro Strada. In view of this, the rules of the Triple Crown state that, “Triple Crown players are banned from playing in tournaments such as the Municipalidad de Pilar Cup, Cámara de Diputados Cup or their respective league matches.” So, we must wait and see whether Poroto will be La Dolfina’s substitute or if he will be chosen as a permanent member of the team, and consequently , whether he will drop out of his Cámara team.

On the other hand, this change may impact the polo in Argentina as a whole, particularly at the highest level. Many handicap changes have been requested over the last few months, and these have not been accepted. The AAP could have raised other 4- or 5-goal players, giving them the chance to play the qualification.

Perhaps in this situation alterations should be accepted (knowing that the AAP reserve the right to change a handicap) beyond the official changes announced at the end of the Autumn and Spring seasons, as happens in England. But to think that a handicap change can come at any moment could alter an organisations plans for the whole season. This is exactly what is happening this year with Poroto Cambiaso, and with Barto Castagnola, too, as both their handicaps have been raised by mid-season. It is difficult to determine a solution to the problem of handicaps, not only in Argentina, but internationally, as well.

These situations affirm the need for the Triple Crown, the Cámara de Diputados Cup, and the Municipalidad del Pilar to be played under an ‘open’ format.

Lastly, regardless of who does or does not benefit, the fragility of the handicap system in the sport as a whole is highlighted regularly, especially regarding how fixed the numbers are, or how they influence player’s chances overnight, be it whether a change puts them out of a job, or grants them a new opportunity. Unfortunately, handicaps do not always reflect what is seen on the field.