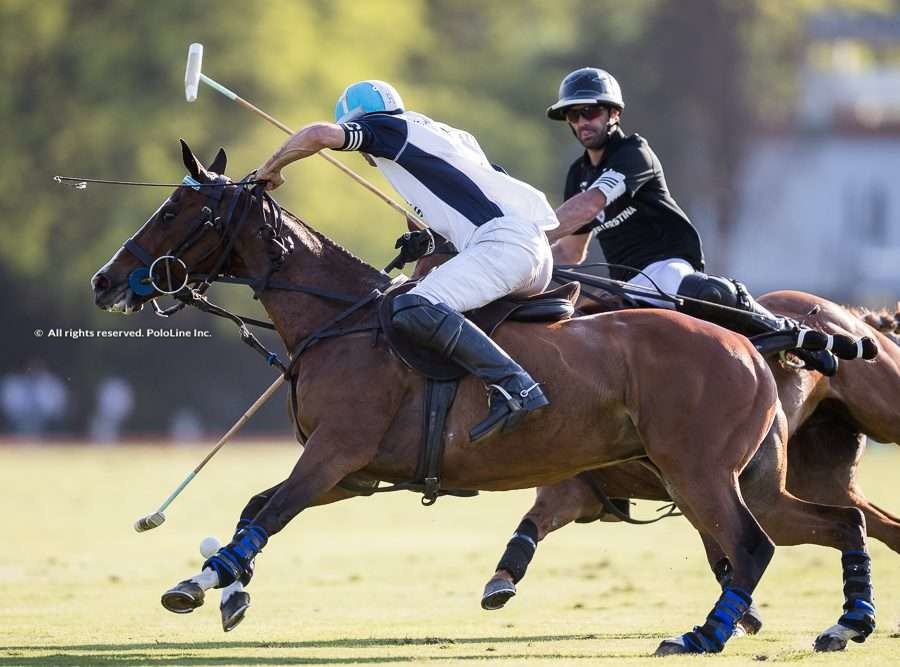 Final, ranking, handicaps & more as the Argentine Spring season comes to an end

After a weekend of disproportionate action in terms of the two Argentine Open semifinals, La Dolfina and Ellerstina will face off in the championship final at Palermo after a couple of years. This will be the third time these two teams meet in a Triple Crown final this year. So far both teams have a title apiece; La Dolfina claimed the Hurlingham Open, while Ellerstina won the Tortugas Open.

The first thing to pay attention to next Saturday will be the field. So far this season, every team has been affected by the conditions of the field. It is something that affects the spectacle of the match and does not allow all eight players to perform at their best. While the conditions of the field have improved since 2018, the reality is that this is the second consecutive season where the ground has negatively impacted the level of the tournament. It is positive that the AAP generate income by organising concerts at Palermo, but it is clear that in 2020 they should focus much more on preserving the field so that this scenario does not happen again. The slogan “the best polo in the world” only holds true if the sport is accompanied by the best possible conditions.

The handicap changes that will come about after this season are slowly being confirmed. While it is understood that La Natividad will go up 4 or 6 goals at least, it is also probable that several teams that did not perform as expected will suffer a handicap change. The 32-goal handicap of La Dolfina Polo Ranch will surely be reconsidered, taking into account the positive season they had, finishing 2019 in third place in the ranking. If the ranking is so important, then the handicaps should clearly reflect that.

While this year was a test run, and everyone played under the same rules, the 2019 ranking system was unfair, because they only took into consideration the points earned in the Argentine Open. For example, La Ensenada, one of the only teams to secure a win in every single Triple Crown tournament, is now condemned to a playoff against Sol de Agosto Alegría, winner of the Cámara de Diputados Cup. If they lose that match, they would have to play the qualification tournament to earn a place at Palermo 2020. On the other hand, we have La Aguada, a team that consistently lost every match, apart from their last game. Winning one match by a sufficient number of goals meant that they qualified directly for the 2020 Triple Crown.

It is surprising, therefore, that the 2020 qualification system be even more confusing, considering the fact that we are in December. It would have been pertinent to announce the qualification system at the start of the Triple Crown. It has been announced that players will carry points individually, but it is still unclear whether that is valid as of now or will be enforced in 2020.

The format for the 2020 Argentine Open has not yet been confirmed; all we know is that there will be 10 teams. But everything can change. It is worth remembering that 2019 began with the certainty that the Tortugas Open would only see four teams compete, but eight teams ended up playing the tournament. It is imperative that Palermo’s number one ground be the protagonist in all of this. That the first exciting match of the season came last Sunday, when Las Monjitas took on Ellerstina to fight for the top spot in Zone B, is truly disappointing. The Argentine Open is composed of 21 matches; we had to wait until the 20th encounter before seeing the number one ground host a match worthy of Palermo. The decrease in spectators wholly reflects this.

It is being said that in 2020 the AAP will have the right to choose which matches are played on the number one ground, and which will be played on the number two ground, which sounds like a logical decision. But we would also like the format to be reconsidered, and the spectacle of the sport to be of utmost importance, no matter how many teams compete. We have to take advantage of the energy generated by La Natividad, and the excitement they instil in everyone. La Dolfina Polo Ranch is also on a high, so there is much to be excited about. A potential sixth team would have to fight for a place among the top five, but, once they are there, they will surely be a team worthy of taking on the rest.

While we still need to know if the five main teams in the ranking will keep their positions, the idea that in 2020 Palermo’s number one ground will only host matches between the best teams, allows us to believe that the Argentine Open can once again recover its glory. Off the field, of course, it has become one of the top social events in the country.