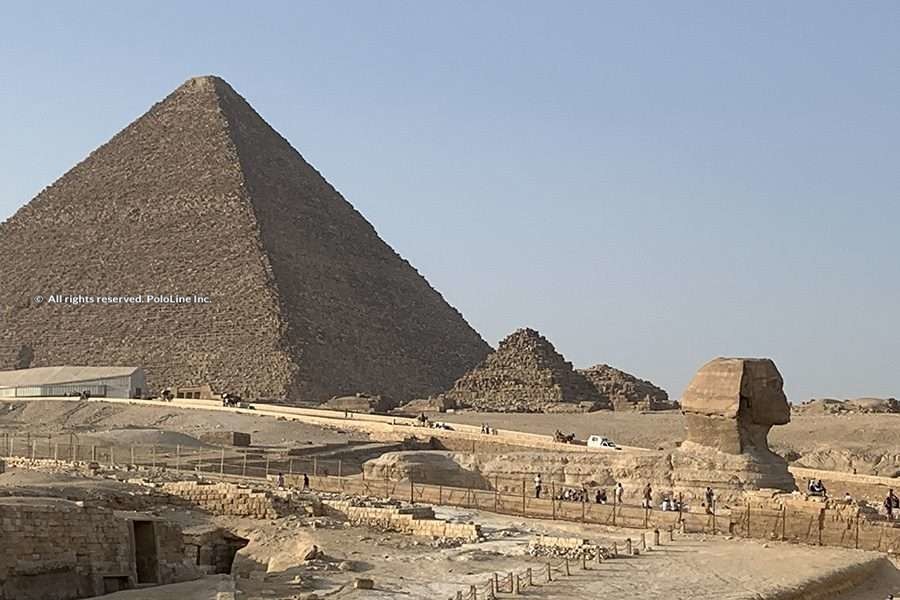 Egypt: A fascinating must see in the land of the Pharaohs

When referring to Egypt, one must to travel back around 5,000 years to discover one of the most ancient and powerful civilisations. Egypt is a country that has left one of the richest cultural legacies known to humanity: from the Pharaohs, to the advanced techniques of mummification and their funeral traditions, the massive pyramids, the Sphynx of Giza, the mythical Nile River, their mythology, Alexandria and its legendary library, one of the most important of all the Ancient Era, and so on.

One of the most wonderful things the Ancient culture in Egypt has left to us are the hieroglyphs, the formal writing system, which can be admired in the ruins of palaces and temples, as well as on papyrus or engraved stones displayed in museums. The hieroglyphs combined logographic, syllabic and alphabetic elements, with around 1,000 characters, usually engraved in wood or stone, and later in papyrus. This was the writing system of the scribes. Jean-Francois Champollion – French Scholar, Philologist and Orientalist – is known as the decipherer of the hieroglyphs, and a crucial figure in egyptology. He made significant discoveries by studying a piece of the Rosetta Stone, which contains fragments of a decree signed by Pharaoh Ptolomaeus V, engraved in granite.

PoloLine visited Kings Polo Club, Egypt, set in the outskirts of Cairo – on the shores of the Red Sea – to cover the tournaments hosted in October in the country’s first professional complex dedicated to equestrian sports. It is a splendid place, boasting several facilites that aim to expand polo in Egypt. In addition, Egypt has a large equestrian tradition, dating back to the New Kingdom (circa 1.500 BC), when Pharaoh Tuthmose I built the first chariots for war. That was during the reign of one of the most powerful monarchs of ancient world: Pharaoh Ramesses II. Since the Ancient Egyptians didn’t know much about horses, scribes had to invent a specific hieroglyph to refer to horses in their writings.

The Arab Republic of Egypt is set in the northeast corner of Africa and most of its territory is comprised by the Sahara desert, tracing its heritage along the Nile River. The country’s capital is Cairo and the second most important city is Alexandria. Egypt is considered the craddle of Western Culture alongside the Mesopotamian. The earliest inhabitants migrated from the Sahara Desert to settle in two areas alongside the Nile River, subsequently forming two “countries” known as Upper and Lower Egypt. Later on, around 3.100 BC under Pharaoh Menes, these two areas were unified

The history of Ancient Egypt can be split into three Empires:

-Old Kingdom: The period known as the “Age of the Pyramids”, and the building of the legendary funeral pyramid complex of kings Khufu, Khafre and Menkaure, in addition to the Sphinx of Gize, a massive limestone statue of a reclining sphinx, a mythical creature, whose face is believed to represent Pharaoh Khafre. The last Pharaoh of this period was Turtankhamun, made famous when his intact tomb was unearthed in 1922.

– New Kingdom: The Golden Age of Egyptian Monarchy, with Ramesses II as the most significant of them all for his contribution to the growth of the Empire.

After a series Intermediate Periods, the last dynasty fell in 340 BC, whey they were defeated by the Persians. Greeks would come later, followed by the Romans in 30 AD, when Octavius beat Cleopatra and Marcus Antonius in the battle of Actium. Seven centuries later, Egypt formed part of the East Empire and the Byzantine Empire.

Modern Egypt was born in 640 AD after the Arab invasion. The Arabs introduced Islam, as well as their languages, forming part of the dominions of the powerful Sultan Saladin. After centuries of battles against several civilisations and armies, including a brief campaign by Napoleon Bonaparte, Egypt declared its independence in 1805, under the ruling of Sultan Mehmet Ali.

There were several conflicts troughout the XX Century, namely relating to the British Occupation, but the Republic was formed in 1952, under the rule of the first president, the powerful Colonel Gamal Abdel Nasser, who is also known as one of the strongest leaders of the Middle East.

The city of Cairo is Egypt’s capital, and the largest city of the Arab world, with around 16 millions of inhabitants. It is set near the Nile Delta and was founded in 116 DC by the Romans. The original name of Al-Quahira was given to the city by the Fatimidis, a tribe from an ancient islamic caliphate. Cairo was chosen as the capital of the country in 1952.

Despite political trouble, Cairo boasts a rich history and cultural life. It was declared Human World Heritage by UNESCO in 1979, due to its museums, relics and history. The Egyptian Museum, unveiled in 1902, holds the largest art collection of Ancient Egypt.

Alexandria is the second largest city in the country, founded in 331 BC. It owes the name to its founder, Alexander the Great, who was proclaimed Pharaoh of the then wealthy city. Alexandria’s remarkable contribution to culture was the legendary library, one of the largest and most significant of the ancient world, formed around the III Century BC, during the Hellenistic Period (323 to 30 BC).

The library acquired many papyrus scrolls and texts, but it is unknown how many scrolls were housed – the estimated number goes from 40.000 to 400.000. Many important and influential personalities of culture of the ancient world frequented the library, which worked to put together a large collection or rolls of papyrus, literature, art and history for posterity. It was destroyed by a ferocious fire, the cause of which remains a mystery for historians. While it is believed that it was set on fire by the Romans during the III Century AC, one thing is for sure – the destruction of the library resulted in a dreadful loss of priceless treasures to human culture.