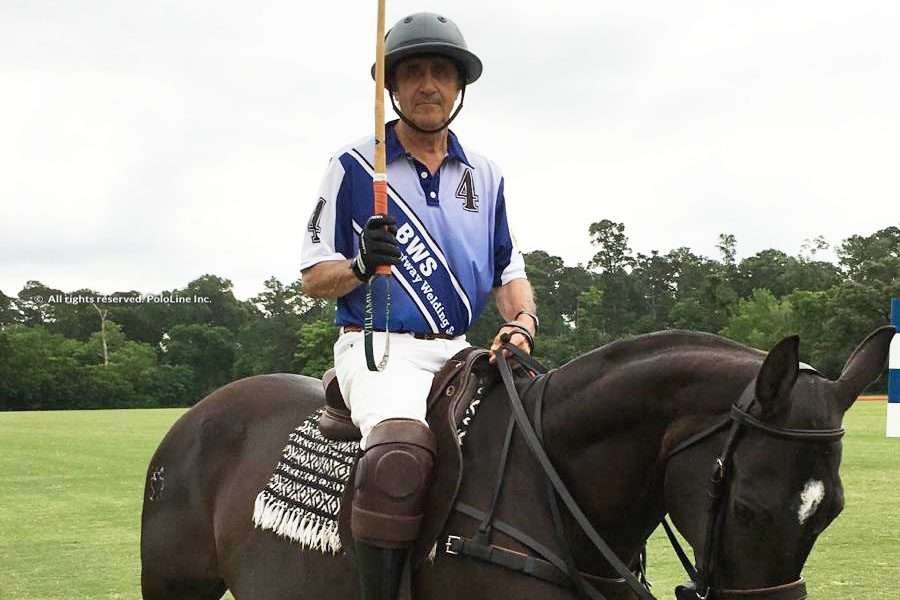 Eduardo Amaya talks horses: “When training a horse, time and patience are the most important allies”

Eduardo Amaya, former professional polo player and current polo instructor at Houston Polo Club, has become a prominent figure in our sport. Guided into polo by his father, Talo Amaya, Eduardo went on to compete in countless tournaments (in fact, he won the first edition of the Potrillos Cup back in 1962). Eduardo then developed a successful career as a polo instructor, and has been teaching internationally for over thirty years.

Amaya, who has amounted a vast knowledge of the sport, spoke to Pololine about the secrets to identifying a good horse, sharing his unique analysis of the fantastic animal we so admire.

How would you describe a perfect polo horse?

It should be a horse with great sensitivity, speed, and very good temperament. That sensibility should be manifest in a horse’s mouth, its good sides, and an excellent rate—the ability to increase or decrease its rhythm. A good horse perceives, and almost guesses, our intentions during the match, always follows our gaze and acts as our legs, so much so that our commands are almost imperceptible.

I like a horse to be well built for polo. This refers to smooth, even movements, where the weight is almost totally balanced between the front legs (60%) and the back legs (40%).

Their action or movement should be low, almost as if they were brushing their legs on the grass. For this to happen the head and neck of the horse, following the movement, should move so that the underside of the neck forms a 45 degree angle with the ground.

Lastly, the horse should react positively when being led, held, and turned.

In your opinion, which is the most important characteristic a polo horse should have?

Sensitivity, without a doubt, because that is where all the qualities of a great horse stem from. This can be seen in the rate, the fluctuation of rhythm, when the horse does not appear to be messy or undone in any way. This is what we most expect from a horse’s performance when we play.

What is the ideal number of horses for a string?

That depends on several factors, like the handicap of a player, for instance. The demands placed on a horse that plays the high goal is very different to those placed on horses that play other levels. It also depends on the riding ability and physique of the player—namely, if they are calm or aggressive during play. And of course, on the length of the season.

On average, how many new horses should enter the string of a professional player each season?

When I was a player, one horse per chukker was considered logical. This has changed greatly, and at the higher levels of competition there are lists of horses and spares, too. So each string is larger as a result.

What is the most important part in the training of a polo horse?

Time and patience the most important allies. Every step requires certain empathy with the horse. The day a horse plays its first chukka is a milestone for them, and it is a test of their knowledge. It is important that the player not demand too much from the horse too soon.

Which is, or has been, your favourite horse, and why?

I always remember La Loba, Corolita and El Artista. It would be unfair not to name them, but Always was my real favourite. A spectacular stallion that I was lucky enough to breed and train. He played the Cámara de Diputados Cup, and he also played in Europe and the States. My son, Matías, has grandchildren from Always that are starting to play in England. His life inspired me to write a book where he narrates his experiences and shares his story.

Of the horses you have seen play, is there one in particular that you would like to try?

I would have liked to ride, feel, and verify everything that I expressed in my answer to the first question.

Which has been the best polo horse you have seen play, and why?

I have seen a lot of great horses, like La Ilusión, Marsellesa, La Luna, but the horse that has impressed me the most was La Cuartetera, a mare made great thanks to Adolfo Cambiaso, and one that made him shine even brighter as a player.