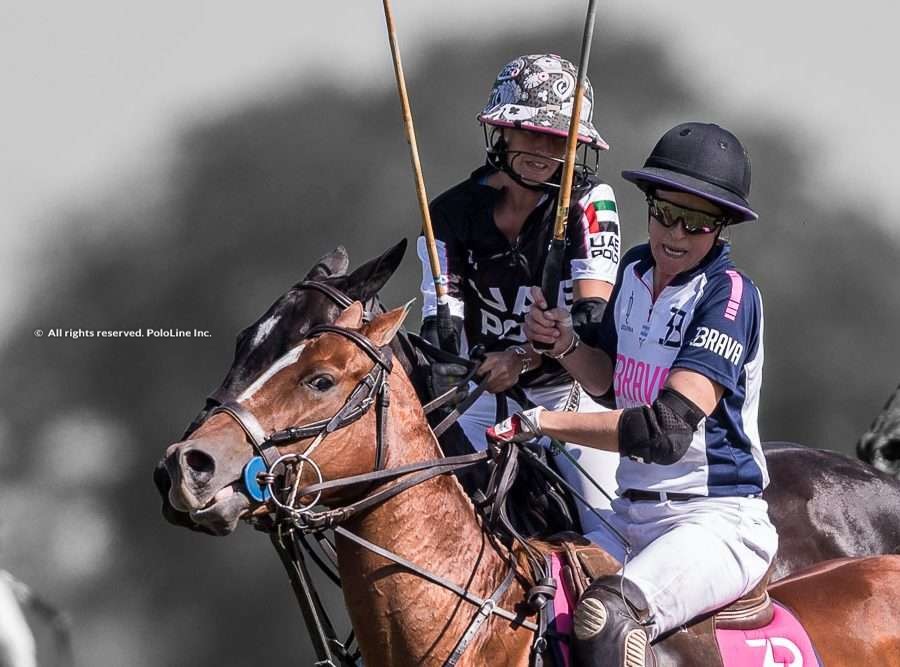 The finals of the Cote d’Azur Cup were played at Saint Tropez Polo Club on Sunday. The event was particularly notable because one final saw three women take to the field at the same time. Not only is women’s polo growing as a category, but the success these players are having in female tournaments is being reflected in the sport as a whole. In the 10-goal final, Nicky Sen and Jeanine Hugo played on one team, while Helen Goddard-Watts took them on in the other. These women shared the field with important players, such as Santiago Chavanne.

Action also took place on Saturday in Deauville, with the Deauville Ladies Polo Cup, which was won by Brok Cafe (Françoise Okala, Ambre Ploix, Clara Cassino, Rebecca Walters). Another example of how women’s polo has become a key part of a club’s fixture. The same will occur in Chantilly, with the Open de France Feminin, a tournament   played at the same time as the Open de France, and will see the best female players in the world compete.

England is also pushing the boundaries of the sport and supporting women’s polo. The Beaufort Ladies Tournament came to an end on Saturday at Beaufort Polo Club; 10-goal champion Nina Clarkin claimed the title—one of the six tournaments of the III Victrix Ludorum, the competitive 18-goal circuit.

“I think it would help if we could establish more organisations, like the ones formed in the male high goal,” shares Sarah Wiseman, one of the leading female polo professionals in the world. “Certain teams have already been confirmed, and that way they could improve. If that happened then the level of women’s polo would grow. If I had been told five years ago that I would be making a living from women’s polo, I probably would have laughed.”

The growth of women’s polo over the last few years has been undeniable, and now, each club organises their calendar knowing that women’s polo will be an important part of their fixture. More and more female patrons are taking to the field, and consequently, the whole structure of the sport is becoming professionalised. This development allows patrons, as well as female professionals and managers, to organise their seasons formally, which in turn boosts the sport further.

The US is also a part of this conversation, as the ladies will shortly be taking to the field at Santa Barbara. Several of the best players in the world have confirmed their participation in the first Women’s Pacific Coast Open, which will see 20-goal teams compete from September 4 to 6. This will be the first time Santa Barbara Polo & Racquet Club host a female version of their traditional tournament.

Finally, the Argentine season will come around and, as always, attract the best players of the sport, both female and male. The III Women’s Open Championship, the only open tournament for women in the world, will see players like Nina Clarkin, Hazel Jackson, Lía Salvo, Candelaria and Mila Fernández Araujo, and Mía Cambiaso take to the field. Furthermore, the Argentine calendar has been organised in such a way so that women’s polo tournaments, divided by levels, do not overlap. That way, players can plan their international calendar without having to forgo certain tournaments due to clashes.

The matches in women’s polo have certainly become increasingly attractive to watch, and the way the sport is developing invites more women to build a permanent project around the sport. There is no doubt about it: both men and women can chase the dream of becoming professional polo players.