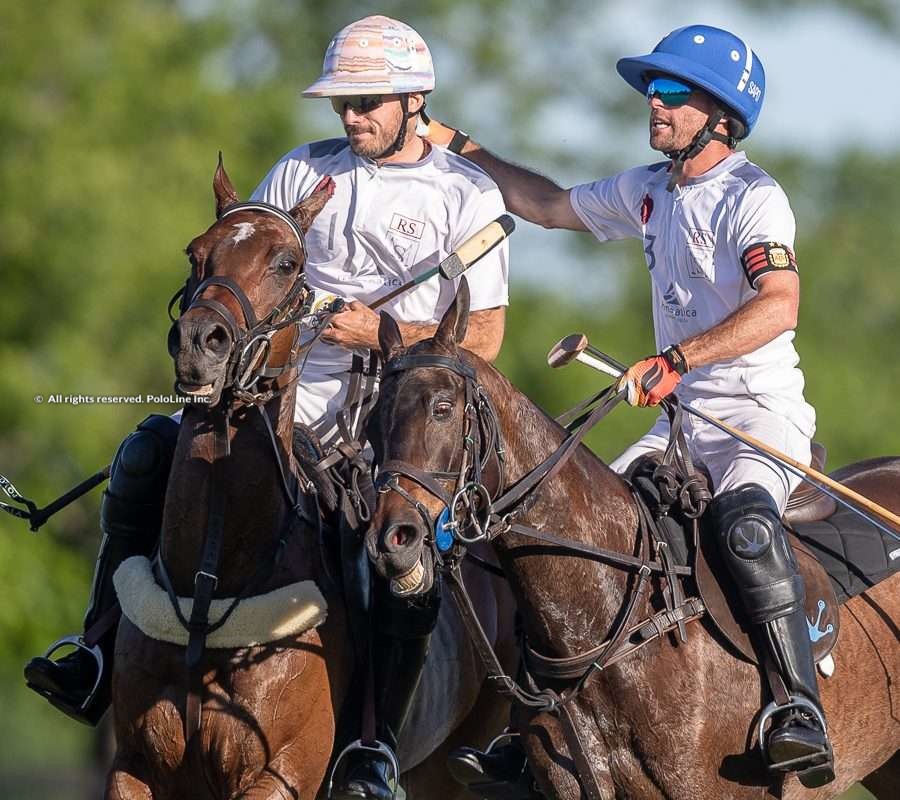 “We hope luck favours us”

On Sunday morning, RS Murus Sanctus and Ellerstina will go head to head for the Hurlingham Open. Both teams have displayed great level so far, with attractive teamplay and focused determination. This final will be a repeat of their semifinal clash in the Tortugas Open, where Ellerstina won 15-13. Guillermo Caset, perhaps one of the most solid players of the last few years, will be among five of the eight players seeking their first ever Hurlingham Open title.

“When we put the team together, our goal was have a lineup that included players that would play in their natural positions, which is crucial when it comes to forming a team,” shares Sapo Caset prior to the final. “We also wanted them to have a similar vision about the game as a whole. We have played against Fran and Alfre a lot in the last years, and after having seen them, the fact is that they do have an idea of the game which is very similar to ours – open and simple, hit the ball, run. That’s why it all came naturally when we started playing together.”

As the Lobos-born player says, it is a delight to see how quickly the four members meshed as a team, something that led them to victories against powerful contenders, such as La Natividad Las Monjitas and La Dolfina. However, Sapo is tentative in terms of the match against Ellerstina; he has more experience in this area. “Having played two finals and a thousand semifinals is an advantage for me, as those games give you experience and confidence,” shares Caset. “Obviously, not being able to lift the trophy, not being able to win those finals, leaves a bitter taste in your mouth.”

As mentioned before, both teams have already met this season, in a very tight Tortugas Open semifinal just a couple of weeks ago, and Ellerstina emerged victorious. “I think it will be a similar match, very close,” continues Sapo. “I am looking forward to a close game, but hopefully with a different result for us. That game ended up being a very good on, with plenty of good plays and goals, two teams who play really well if you ask me – open, fast. In addition, the AAP grounds have been always great, so that helps a lot in order to play open and fast polo. I guess it will be a similar match, a close final, and I hope this time that luck favours us.”

Caset concludes: “The goal is to win a Triple Crown tournament – it is our dream. I also enjoy the matches a bit more these days. I am more relaxed, and hopefully we will be lifting the trophy on Sunday.”