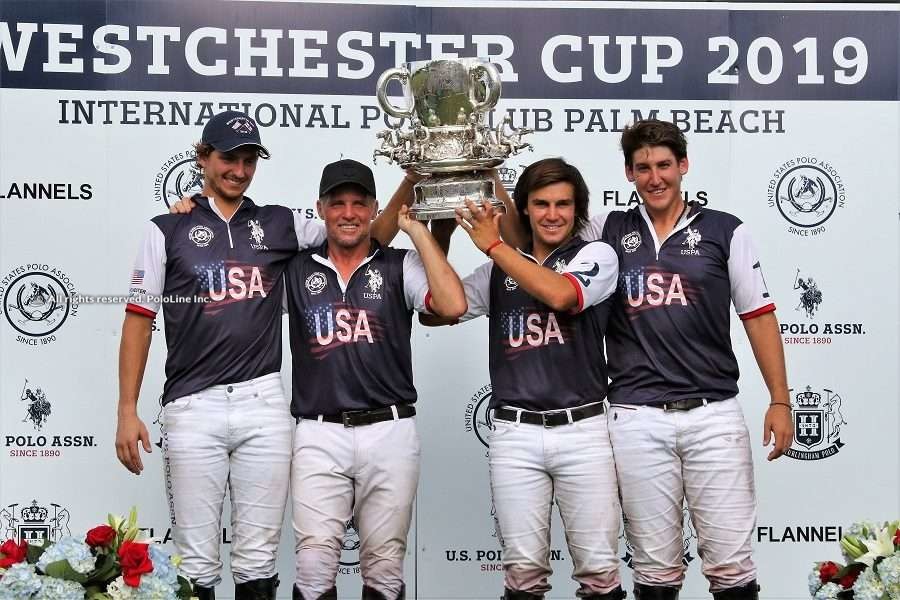 On the heels of last weekend’s repeat Junior Westchester Cup win, USA entered the Westchester Cup determined to defeat the English on Sunday, April 28, at the International Polo Club Palm Beach in Wellington, Florida. Waging the historic challenge on the international stage of the U.S. Polo Assn. Field, England brought Henry Porter, Ollie Cudmore, Jack Richardson and Tommy Beresford from across the pond. USA, represented by Mike Azzaro, Peke Gonzalez, Gero Obregon and Jared Zenni, found themselves in a pulse-pounding overtime chukker, Obregon delivering the final goal to capture the Westchester Cup 9-8 for the first time since 1992.

“This was the first year that I was able to be part of the organization that chose the team and I felt these three guys were champions. To beat a team like England, who has beaten us several times, you have to have a champion team on the field and these guys were warriors.” – Mike Azzaro

Dodging several close calls in their end zone at the start of overtime, the USA fought off defenders in their pursuit of the most important goal of the game. Picking up the ball at midfield, Zenni sent Obregon on the breakaway with a pass downfield, which Obregon confidently sent through the goal to seal USA’s 9-8 overtime victory and capture the Westchester Cup on home soil.

Reflecting on the win, Coach Julio Arellano was proud of his team’s effort. “We needed to win after having not won it since 1992,” Arellano said. “Especially since it was here, with a home field advantage, there was no excuse. Hats off to the English because it could have gone either way, so I’m very proud of the guys. Everyone stepped up to the plate and they played as a team which is all that I wanted. I didn’t want them to go home win or lose and feel like they should have or could have done more. I wanted them to leave it all on the field and have no regrets.”

Competing in the 2018 Westchester Cup, Peke Gonzalez was happy to reclaim the coveted trophy for his country. “It’s an awesome feeling to win,” Gonzalez said. “I went last year to play in England and we lost there so to win here at home is lovely.”

Scoring the golden goal in overtime, Geronimo Obregon was named Most Valuable Player. “I said to myself in that moment, ‘I have to make it, this is it!’ Obregon said reflecting on the game winning shot. “I just hoped for the best and it went in. My teammates played amazing and it could have been any one of us [to win Most Valuable Player], I just happened to be the lucky one to make the last goal.” 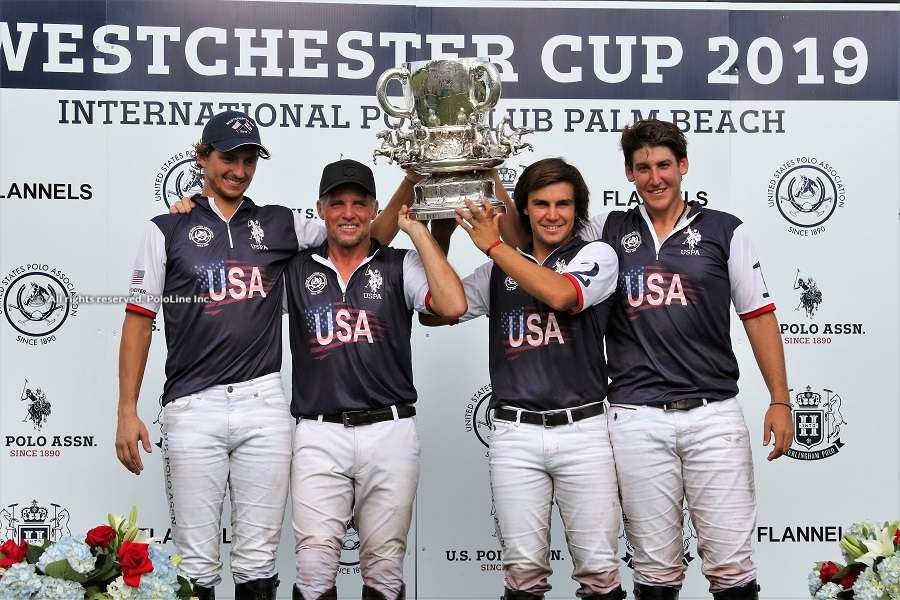