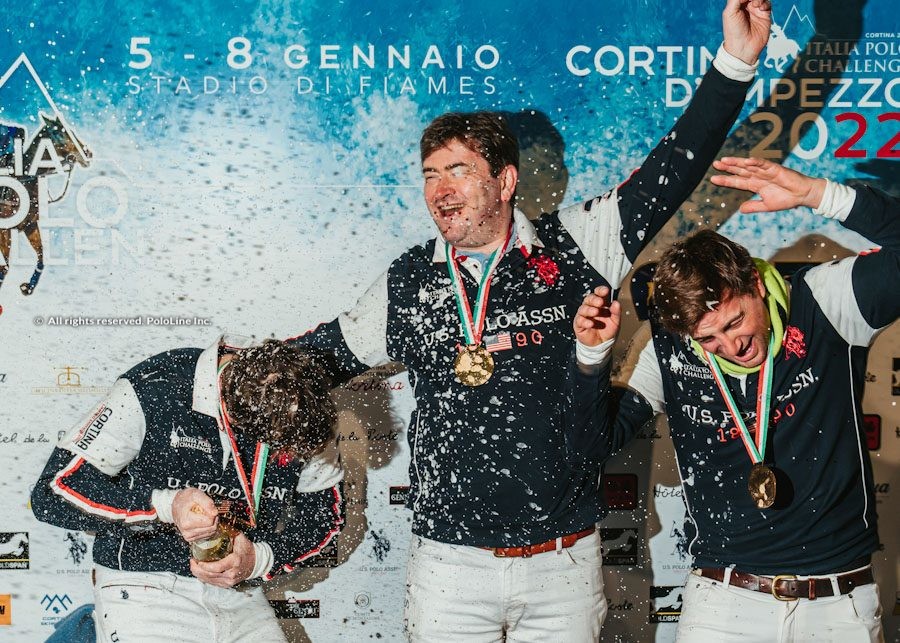 The US Polo Association ran out the winners of the third edition of the Italia Polo Challenge Cortina 2022. They defeated Goldspan by 12 goals to 11.5 in the final played on Saturday, January 8.

The tournament marked the comeback of snow polo. Four teams battled it out for the title, with players from Argentina, France, Germany, Slovakia, Switzerland and Italy going head to head. Stefano Giansanti and Therence Cusmano, members of the Italian Team that won the European Championship in Sotogrande last September, were among the local players competing in the tournament.

Goldspan got off to a better start, closing the first of the four chukkas 3.5-2 up, thanks to three consecutive goals by Pablo Guiñazu. But from the second chukka onwards, US Polo Association fought back, with extraordinary performances by Patrick Maleitzke and Clement Delfosse. With only one chukka left to play, they managed to secure a 12-5.5 lead.

Goldspan did their best to get back in the game, but US Polo Association kept their cool, ultimately winning the final. Third place went to Battistoni, who took a 8-5 win over Hotel de la Poste.

The organising committee of the Italia Polo Challenge Cortina 2022 is composed of representatives of the Polo Department of the Federazione Italiana Sport Equestri (FISE), Patricio Rattagan, and the Cortina d’Ampezzo Community.

The Italia Polo Challenge Cortina 2022 forms part of an attractive circuit played throughout the year in spectacular destinations over Italy, such as Cortina d’Ampezzo, Piazza di Siena, in Roma and Porto Cervo.