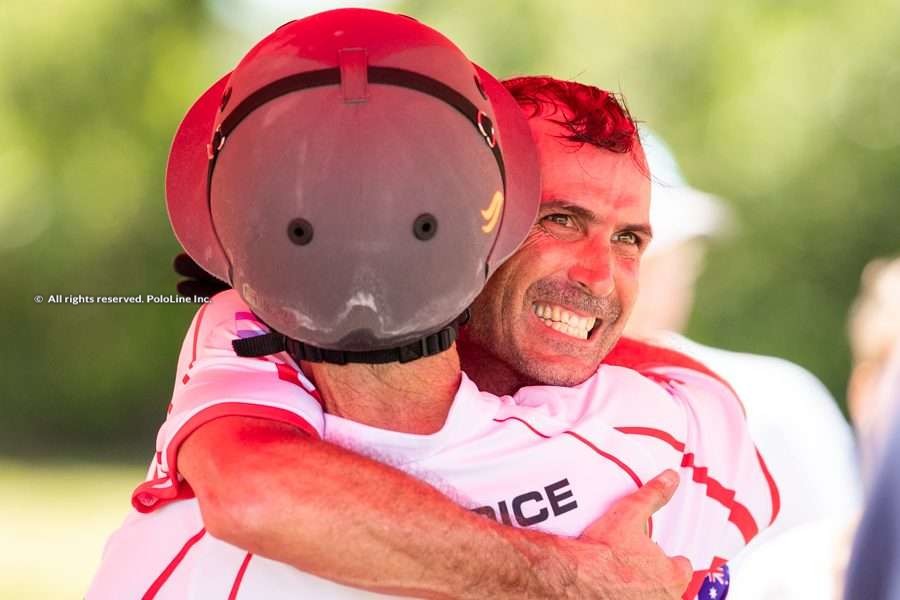 Scone and Park Place have qualified for the final of the US Open Polo Championship, the most prestigious polo tournament in the United States. The tournament sees nine teams, up to 22-goals, compete at International Polo Club Palm Beach. In Thursday’s semifinals, Scone defeated title holders Pilot, 14-10, while Park Place claimed a thrilling 14-13 win against La Indiana.

There’s no doubt that it was a very special win for David Paradice’s team. Not only because Scone will now play their third consecutive Gauntlet of Polo final, but also because they beat defending champions Pilot in the semis. The victory was the perfect gift for Adolfo Cambiaso on his 46th birthday.

Scone took advantage of the match from the start, claiming an early 3-1 lead in the first chukka, and widening their advantage to 6-3 by half time. Scone’s powerful attack was complemented by their team play, which proved lethal for the Pilot boys. By the end of the fifth, Scone had taken a comfortable 12-5 lead. Even though Pilot scored five goals in the last, the damage was already done, with Scone scoring a couple more to secure their place in the final.

Up next, Park Place and La Indiana played a thrilling match. Park Place took control of the first two chukkas, but as of the third, the match belonged to Michael Bickford’s team. They widened their advantage, securing a 13-9 lead in the fifth. Far from giving up, Park Place reloaded in the last, making an impressive comeback. They outscored La Indiana 5-0, with goals from Hilario Ulloa (2), Juan Britos (2), and Matt Coppola (1), claiming the victory and a place in the final.

The results mean that Scone and Park Place will meet in the final of the US Open Polo Championship on Sunday, April 18, at 3pm. The teams have gone head-to-head already this season, in the final of the opening competition of the Gauntlet of Polo, the CV Whitney Cup. Furthermore, Scone and Park Place have both claimed a title so – Park Place won the CV Whitney Cup, while Scone took the USPA Gold Cup, defeating Park Place in the semis. This final will be a sort of a tie-breaker. So, who will win the most coveted title of the 2021 Gauntlet of Polo?!

The US Open Polo Championship comes to an end on Sunday with the final: