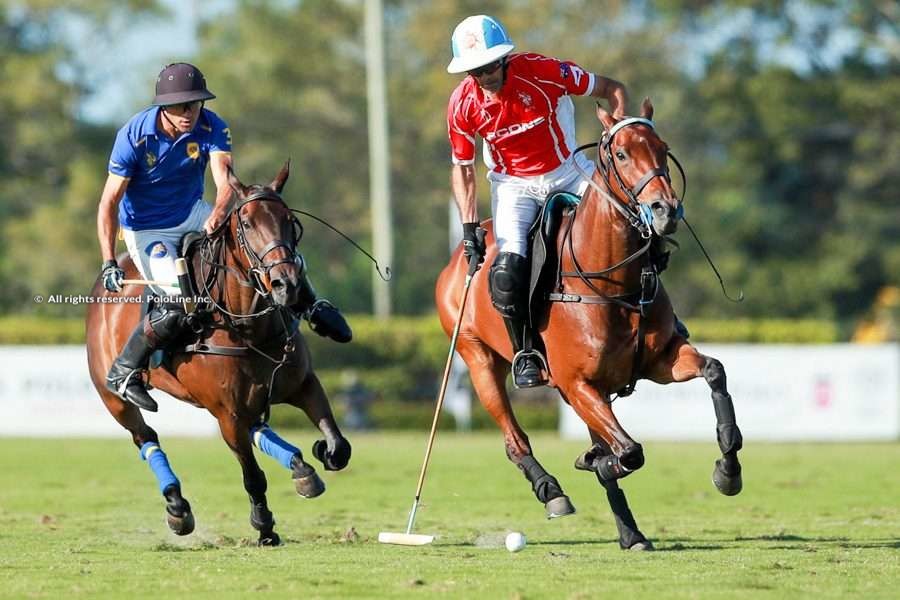 The 2021 edition of The Gauntlet of Polo will come to an end on Sunday April 18, with the much anticipated final between Scone and Park Place, that will be played at International Polo Club Palm Beach. The US Open Polo Championship is the most prestigious polo tournament in the United States and saw nine teams, up to 22-goals, compete

A new champion will be crowned on Sunday; nor Scone neither Park Place have won the tournament before. In addition, this will be a tie-breaker, as both teams have already claimed one trophy apiece this season – Park Place beat Scone to win the CV Whitney Cup, while Scone claimed the USPA Gold Cup after defeating Tonkawa. Another significant detail is that Scone and Park Place met in the qualifying stage of the US Open, with  Andrey Borodin’s team emerging victorious.

With regards to Park Place, the lineup have two members who are not strangers to the US Open final – Hilario Ulloa and Matt Coppola. Hilario will be playing his third consecutive US Open final, having won with Daily Racing Form in 2018; in 2019 he joined Matt in Las Monjitas lineup, and lost to Pilot. Therefore, they will have a new opportunity, this time with Andrey Borodin and Juan Britos.

Meanwhile, David Paradice’s Scone, will seek for their third major title. They have the great Adolfo Cambiaso within the lineup, who already won this competition several times thoroghout his magnificient career; one of them was back in 2000, with Outback, alongside the unforgettable Sunny Hale, the first ever woman to claimed the coveted trophy. On this occasion, Adolfo will have the chance to win the US most important competition with his son, Poroto, who already have developed a firm growth as a player as well as another young gun and without doubts, onw of the best players of the current season, Peke Gonzalez.

A tie-breaker and rematch, two strong and powerful teams will go head-to-head and the promise of a unmisseable match and a new champion as an extra spice. Mark the date, Sunday April 18, the International Polo Club Palm Beach will greet Scone and Park Place, at 3pm, who will put the ice on the cake of an intense and thrilling season in Palm Beach. Stay tuned!

Road to the final