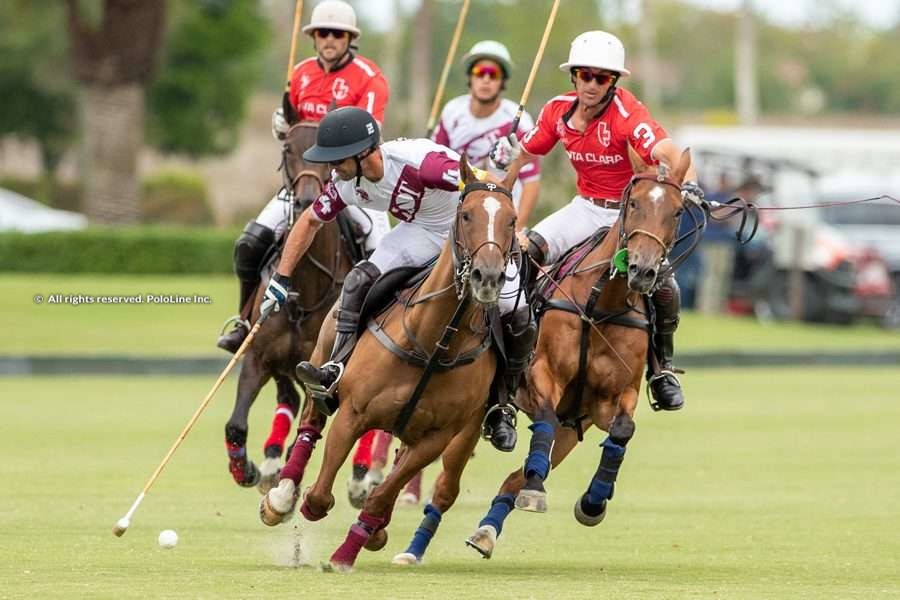 Tonkawa and Pilot remain undefeated after winning their respective games in the US Open Polo Championship, the most prestigious polo tournament in the United States, on Sunday, April 4, at International Polo Club Palm Beach. The tournament sees nine teams, up to 22-goals, compete. It’s worth noting that the 2020 edition was suspended due to the pandemic, meaning that Pilot are still the defending champions, having taken the title in 2019.

In the day’s opener, Pilot beat Santa Clara by 13 goals to 12. While Curtis Pilot’s team got off to a stronger start, Santa Clara battled back securing a 7-all tie by half time. The Escobar organisation, however, didn’t give up, amping up their attack and defence to take the lead in the two following chukkas. It was an intense game, but Facundo Pieres came through for Pilot in the last chukka, scoring four consecutive goals to secure the victory.

Up next, Tonkawa faced a tough challenge from Cessna. The Campbell’s got off to a great start, securing the lead in the two first chukkas. Tonkawa pushed back, scoring five goals to take a 8-6 advantage at half time. Cessna re-took the lead (11-9) following a spectacular fourth chukka, where they outscored Tonkawa 5-1. Jeff Hildebrand and Co. needed to strengthen their attack as quickly as possible, and they did just that holding Cessna scoreless in the fifth chukka to re-take the lead. Cessna’s managed to score one more goal in the last chukka, but luck was on Tonkawa’s side, as Sapo Caset scored three unanswered goals to take the 14-12 victory.

The US Open Polo Championship resumes on Monday, April 5: