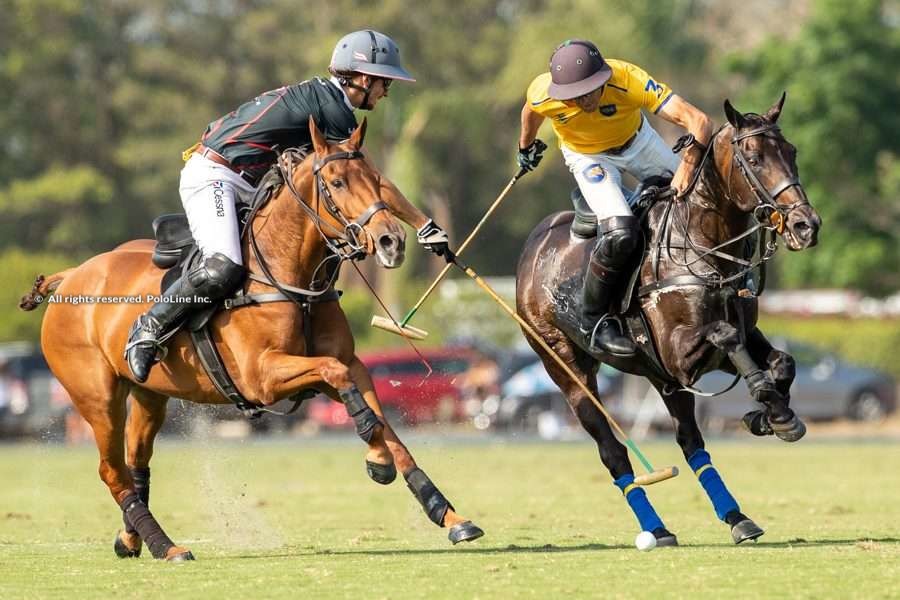 La Indiana and Park Place are the first teams to qualify for the semifinals of the US Open Polo Championship, the most prestigious polo tournament in the United States, on Sunday, following the two first quarter final games that took place on Saturday April 10, at International Polo Club Palm Beach. Both teams defeated Coca Cola and Cessna, respectively.

The tournament sees nine teams, up to 22-goals, compete. It’s worth noting that the 2020 edition was suspended due to the pandemic, meaning that Pilot are still the defending champions, having taken the title in 2019.

Following consecutive ties in the first and second chukkas, La Indiana took the lead in the third period, and they managed to hold Coca Cola back by a minimum difference in the score during the fourth chukka. However, Michael Bickford’s team took off in the last two chukkas, led by a powerful Polito Pieres, and at the end of the day, they claimed a 15-10 win and the first spot in the semifinals.

Up next, Park Place (with Felipe Vercellino filling in for Ezequiel Martínez Ferrario), had no trouble at all to dominate Cessna thoroghout the six chukkas of play, with Andrey Borodin’s lineup taking a quick 3-1 lead by the end of the first chukka. Park Place dominance continued in the following chukkas, reaching a comfortable 8-4 by half time. After earning a 11-8 up at the end of the fifth chukka, Hilario Ulloa produced two goals in the last episode to earn Park Place the 13-10 victory and claimed the second place in the tournament’s next stage.

US Open Polo Championship quarter finals, the summary of the first day:

The quarter finals of the US Open Polo Championship will resume on Sunday April 11 with the following order of play: