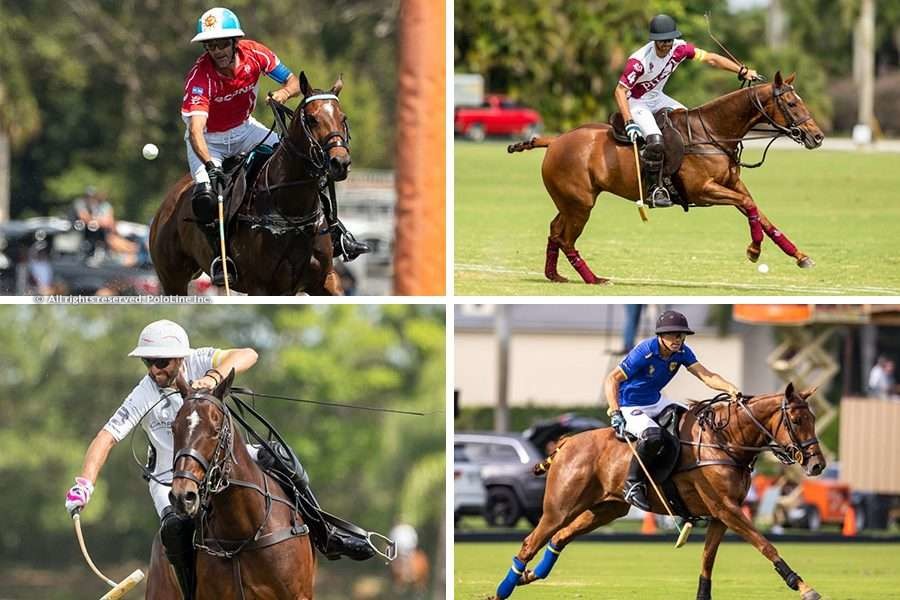 US Open Polo Championship: Countdown to the Final

The US Open Polo Championship, the most prestigious polo tournament in the United States, will continue with the semifinals on Thursday, April 15, at International Polo Club Palm Beach. The tournament sees nine teams, up to 22-goals, compete.

Four strong teams will fight for a place in the coveted final: Title holders Pilot (as the 2020 edition was suspended due to the pandemic, Pilot remain defending champions, having taken the title in 2019); USPA Gold Cup winners Scone; La Indiana; and CV Whitney Cup champions Park Place. They all qualified for the semifinals after defeating Aspen-Dutta Corp, Tonkawa, Cessna and Coca Cola, respectively, in the quarterfinals.

So, here we go! The road to the biggest final in Palm Beach kicks off with the clash between Pilot and Scone at 11am, followed by a face-off between La Indiana and Park Place, at 4pm.

Road to the semifinals:

11am: Pilot vs Scone

The final is scheduled for Sunday, April 18.