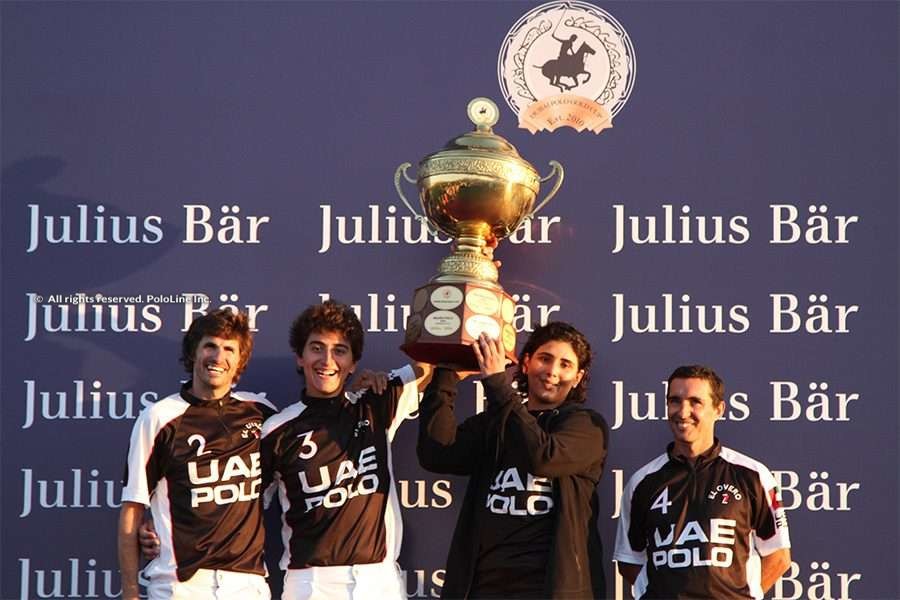 UAE Polo’s undefeated winning streak continued in the final of the Julius Baer Gold Cup and they ran out the champions of the most prestigious tournament in the Middle East.

The final day did not disappoint, as spectators and fans at Al Habtoor Polo Resort and Club enjoyed full speed polo and varied entertainment. A flag presentation by the Al Habtoor Riding School marked the start of the afternoon, followed by the Bentley Subsidiary Final where Dubai Wolves took on Zedan. Wolves came out strong, taking the lead in the first chukka, but Zedan converted in the second to tie the match 3-3. Zedan continued attacking, with Santiago Laborde and Raul Laplacette successfully scoring goals. Manuel Crespo and Yousef Bin Desmal from Dubai Wolves evened out the advantage by the end of the fourth. The last chukka saw both teams fight hard, each striving to take home the win. In the end Zedan managed to maintain a one goal advantage and claim the 2019 Bentley Cup title.

Prior to the highly anticipated clash between Habtoor and UAE, the crowd was treated to a performance by the Dubai Police Marching band, which was followed by the UAE National Anthem. A display of fine Bentley Cars accompanied the teams for their presentation. The first chukka was evenly matched, concluding 3-2 in favour of UAE. The team increased their advantage with a series of goals, notably from Tomas Panelo. Habtoor came back with three goals from Facundo Sola and Tommy Beresford to settled the fourth 9-6 down. Facu managed to score two more goals at the last, but it was not enough to outscore their opponent. The final bell rang and UAE ran out the winners of the 2019 Julius Baer Gold Cup. 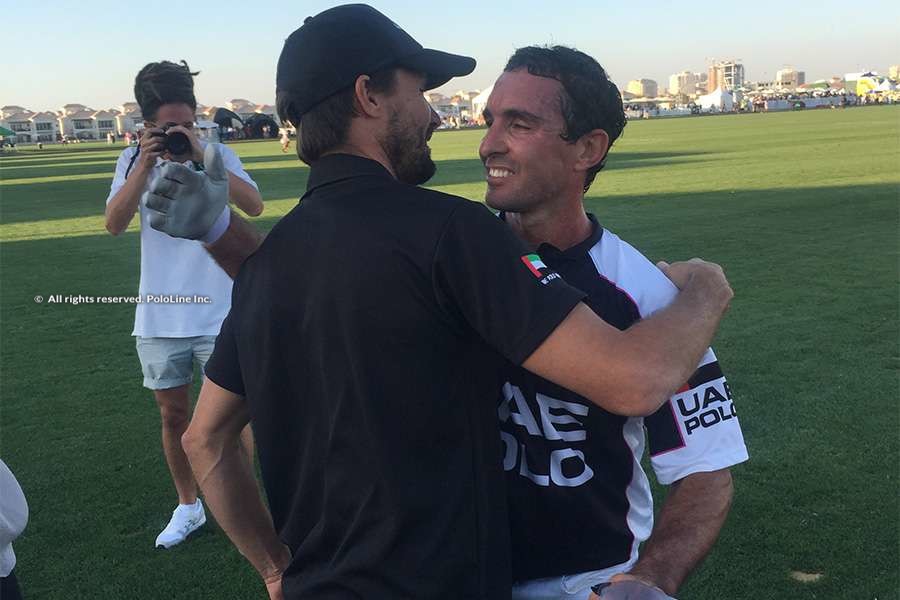 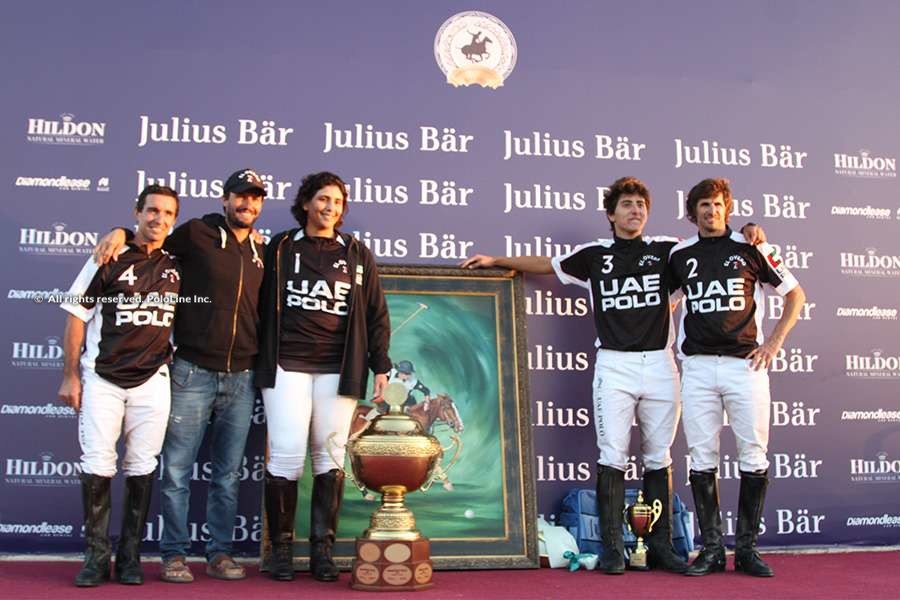 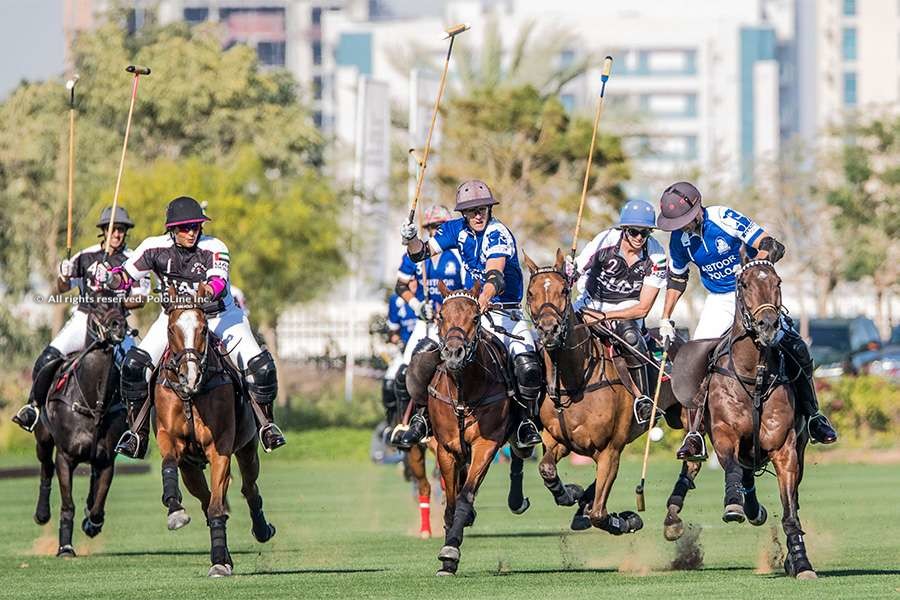