The UAE Polo team added their name to the Royal Windsor Cup for the first time at Guards Polo Club on Sunday. The team patron, HH Sheikha Maitha bint Mohammed bin Rashid al Maktoum, who has been out injured for all of the UK season so far, joined her team to receive the coveted cup from HM The Queen. Fourteen-year-old Lucas Monteverde Junior was instrumental in the UAE team’s success, delivering some impressive polo that ensures he will be winning plenty more silverware at this club in the future. Much to the crowd’s delight, Lucas was rewarded with the Most Valuable Player prize.

UAE’s opponents in this final were Alan Fall’s Mad Dogs, who had knocked out OS Challengers team in the semi-finals. Mad Dogs were also looking to add their names to this trophy for the first time and kept themselves in contention until the final chukka, when UAE Polo pulled away to win this five-chukka match 10-7. Mad Dogs’ James Harper, who had received the Best Playing Pony prize in last week’s Queen’s Cup final, did the double here, stepping forward with his grooms to collect the prizes for the gelding Skiff.

This day traditionally concludes with a wonderful carriage driving display by the British Driving Society, with HM The Queen once again presenting all the championship rosettes on The Queen’s Ground. However this year, in recognition of the celebrations of the 150th anniversary of the start of polo in the UK, an additional match was scheduled.

This featured a visiting Polo Africa team, highlighting the work of this South African charity which uses polo as a tool to help disadvantaged adults and children have better lives. Playing for the Churchill Cup on Guards Polo Club’s number one ground, the visiting team battled for all four chukkas but lost 4-3 to a Spillers Polo150 team, featuring military polo players. Former World Boxing Champion Chris Eubank presented the prizes, including a Most Valuable Player prize to Spillers Polo150’s 2nd Lt Oliver Powell. 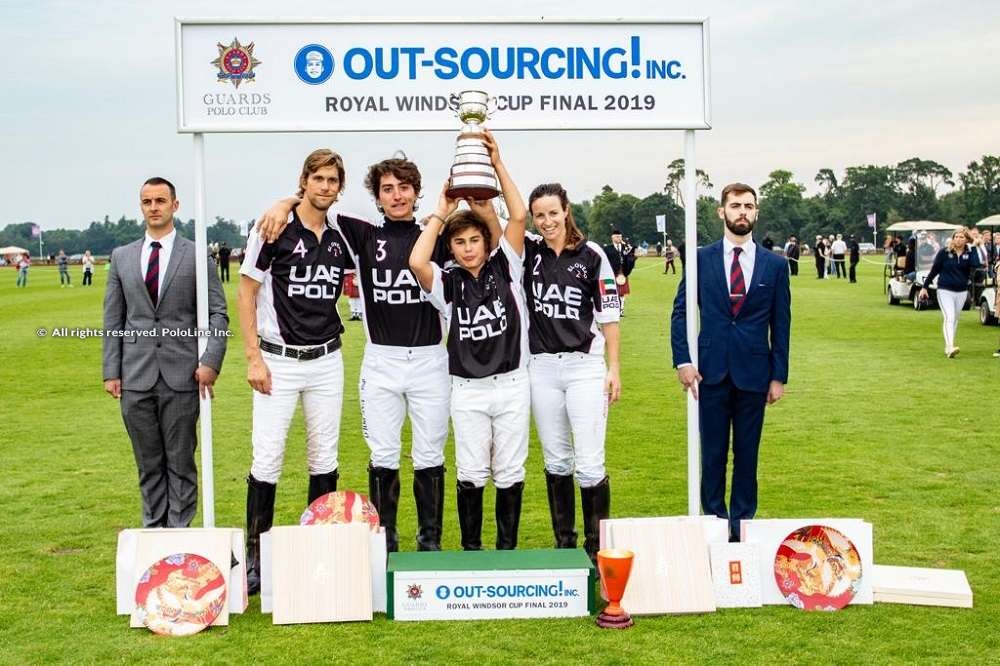