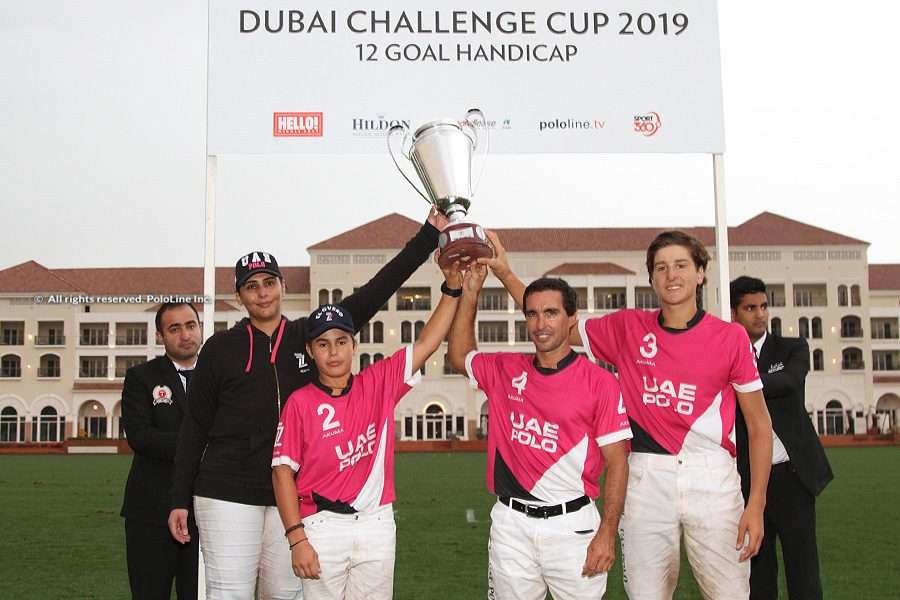 The rainy afternoon of polo kicked off with the Subsidiary match between Dubai Wolves and Shansal/PBS. Dubai Wolves scored their first three goals thanks to Ahmed Al Habtoor and Justo Cuitino. Shansal/PBS converted consistently, and they reached the penultimate chukka with a one and a half goal lead. The determining chukka saw Dubai Wolves go hard on the attack, with Justo Cuitino and Marcos Araya scoring two goals to end the match with a 8 – 7.5 advantage, securing the win for Wolves.

The much anticipated final of the Dubai Challenge Cup saw Sheikha Maitha bint Mohammed bin Rashid Al Maktoum and Sheikha Alya Al Maktoum go head to head. Lukitas Monteverde and Ale Muzzio scored early on for UAE, and Sheikha Maitha closed the second chukka with a goal to give her team a three-goal advantage over AM Polo. The next two chukkas saw four goals from Guillermo Cuitino, but UAE Polo kept its momentum. Monteverde scored in the final chukka to seal to deal and secure the title for UAE. 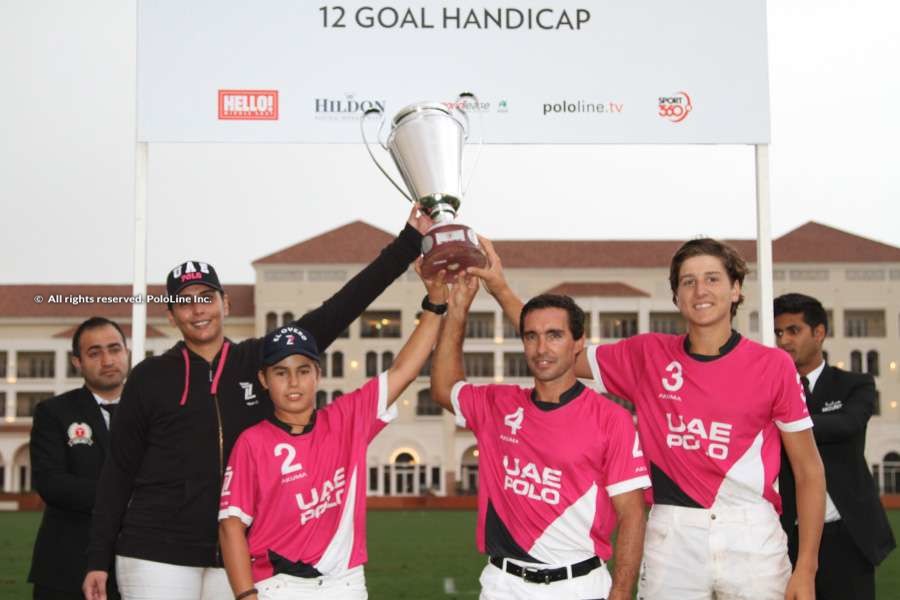 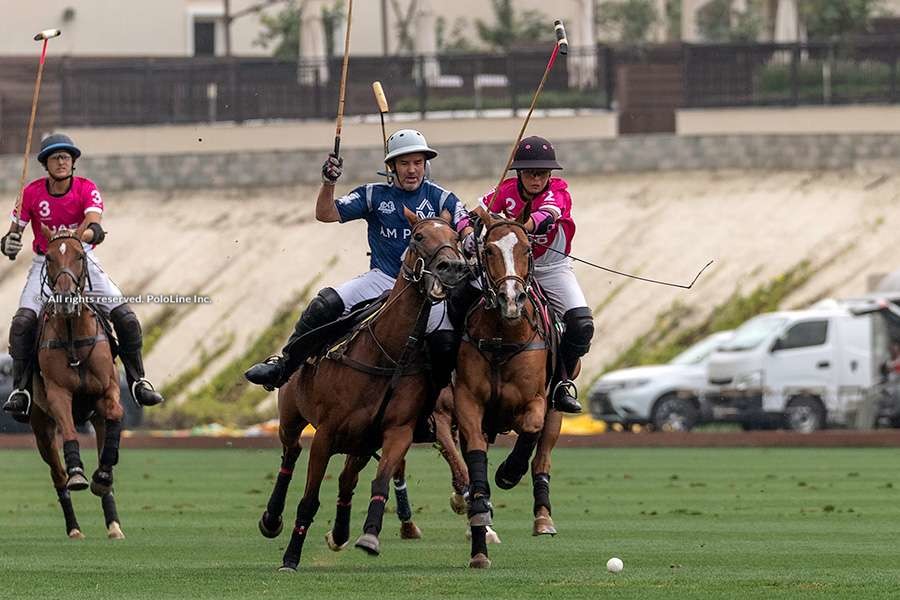 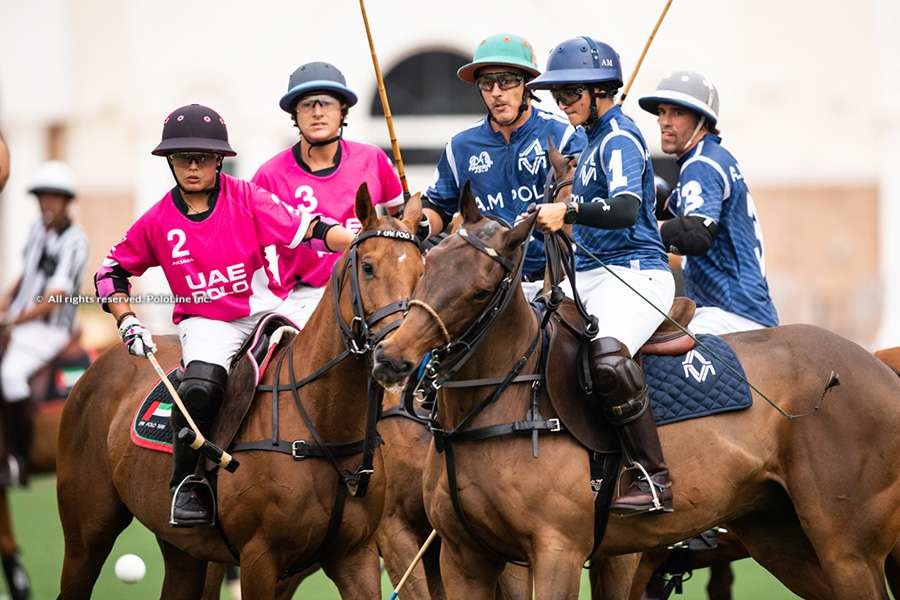