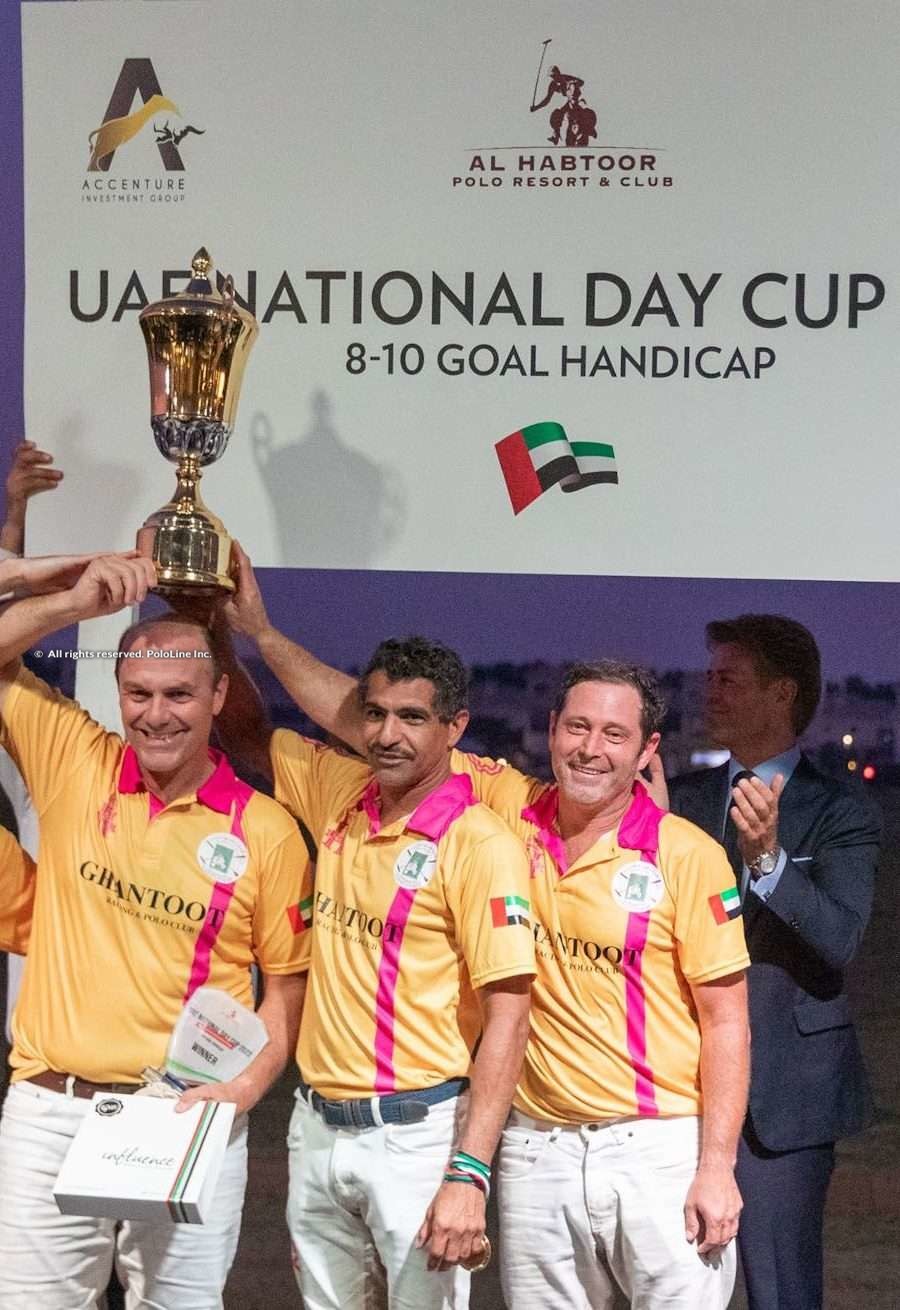 Ghantoot narrowly defeated Bin Drai by 7 goals to 6 to claim the UAE National Day Cup at Al Habtoor Polo Resort & Club, on Saturday December 3. The competition was one of many held at the club in preparation for the season, where the Silver Cup and the Gold Cup, both of which will be put up to 20 goals in 2023, will be played. The UAE National Day Cup sees five teams, up to 8 goals, partake.

The day started with a friendly kids game between Forsan and Malaky, in which many students from the Al Habtoor Polo Academy participated. Team Malaky took an early lead, with goals by Khalifa Al Maktoum and Alex Soerensen. MVP Allegra Kelly scored two consecutive goals in the next chukka to secure the win for Forsan.

The Subsidiary went to Ankora, who beat Mahra 7-4 in another thrilling match, whichn saw Tomás Iriarte seal the deal in the last chukka.

Ghantoot and Bin Drai played the final, with Esteban Panelo scoring first for Bin Drai. Ghantoot bounced back at half time to tie the match, and they continued to dominate into the last chukka. Bin Drai didn’t give up, however, and the last minutes were very exciting. But at the end of the day, Ghantoot scored the winning goal to take the 7-6 victory and take the win.