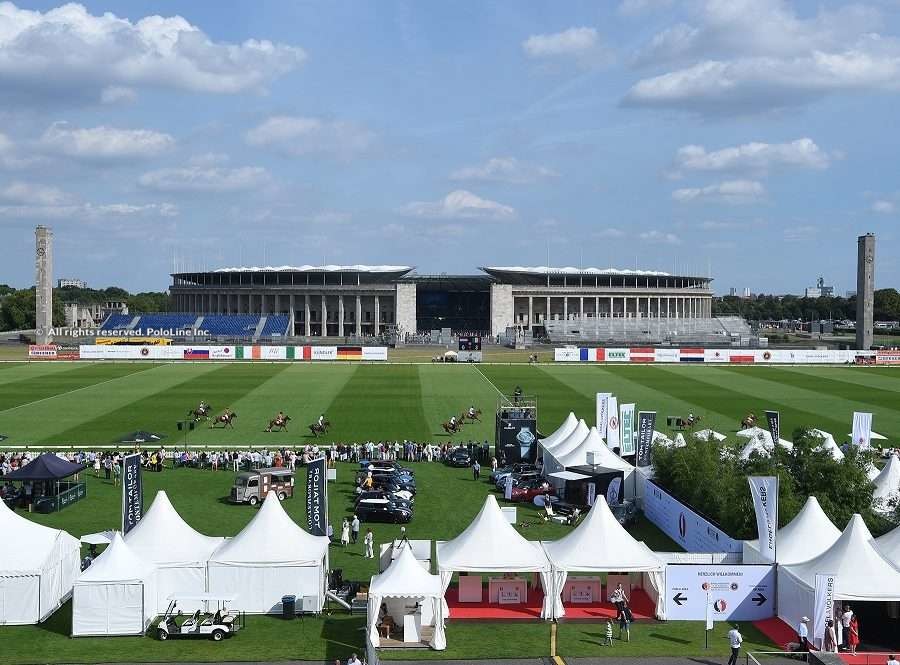 U.S. Polo Assn., the official brand of the United States Polo Association (USPA) announced it will serve as the official apparel partner for the prestigious Engel & Völkers Maifeld Cup. The event will be held at the Maifeld Berlin Polo Club starting August 16th with the finals scheduled for August 25th. The finals will be played on the Maifeld fields at historic Olympiapark, which served as the Olympic Park for the 1936 Berlin Summer Olympics.

The Maifeld Cup, also referred to as the German High Goal Polo Championship, has become one of the most prestigious and popular polo events in Europe. This high-profile event not only attracts polo players from around the globe, but also influencers from the worlds of entertainment, business, culture, politics and sports. With the historic Berlin Olympic Stadium looming in the background, the event offers a spectacular setting for the 10-day tournament with eight highly competitive teams vying for the championship.

“We are thrilled to be the apparel partner at this very prestigious and important polo event in Germany, which, along with the rest of Europe, is a major market for U.S. Polo Assn.” said J. Michael Prince, President & CEO of USPA Global Licensing, which manages the multi-billion-dollar U.S. Polo Assn. brand.  “We are also very humbled to be able to sponsor this event which takes  place in one of the truly special and historic venues in sports, as the backdrop of Olympiapark is where one of America’s most admired athletes, Jesse Owens, shattered records and broke barriers by winning four gold medals in the 1936 Berlin Summer Olympics.”

As the official apparel partner for the event, U.S. Polo Assn. will produce custom designed performance jerseys for all players as well as custom uniforms for umpires and specially designed outfits for event staff. In addition, there will be a “pop-up” shop with a curated apparel collection at the event, providing tournament attendees with an opportunity to both commemorate the event and take home a piece of the polo lifestyle.

“As the organizing agency of the Maifeld Polo Cup 2019, we are looking forward to partnering with U.S. Polo Assn. as our official apparel partner, with its authentic connection and long history with the sport of polo,” commented Moritz Gaedeke, Co-CEO of Sevendays Polo Event GmbH. “The playing ground for the final matches, the Maifeld, is one of the world’s most renowned polo fields within Olympic polo stadium and a perfect setting for Germany’s most prestigious tournament.”

USPA Global Licensing Inc. (USPAGL) is the for-profit subsidiary of the USPA and the exclusive worldwide licensor for the USPA’s global licensing program. USPAGL is the steward of the USPA’s intellectual properties, providing the sport with a long-term source of revenue. USPAGL also produces global broadcasts to bring the sport of polo to consumers and sports fans around the world including the GAUNTLET OF POLO, the sport’s new high-goal $1M prize money series played on U.S. Polo Assn. Field.