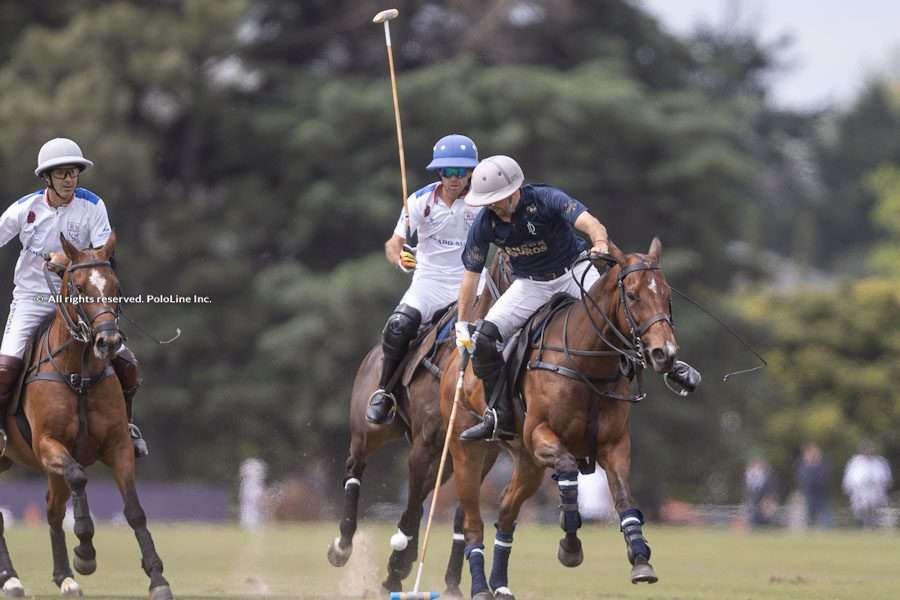 The final of the Tortugas Open, the first stage of the prestigious Argentine Triple Crown, has been set after Ellerstina claimed a victory on Saturday, and La Dolfina Saudi narrowly defeated RS Murus Sanctus by 11 goals to 10 at Tortugas Country Club on Sunday, October 10. The results mean that the first final of the 2021 Argentine Triple Crown will be the derby of the XXI Century once again – Ellerstina vs. La Dolfina.

The semifinal between La Dolfina Saudi and RS Murus Sanctus was particularly interesting as it was the first time in ten years that Pablo Mac Donough and Juan Martín Nero played against their former team. They joined Corinne Ricard’s organisation in late 2020. As expected, it was a hard fought contest, with both teams giving spectacular performances. La Dolfina Saudi took narrow leads twice in the match, but the game was tied several times – the scoreboard read a 10-all going into the last chukka. RS Murus Sanctus, had Cristian Laprida subbing in for the injured Facundo Sola, and at the start of the sixth, Pablo Mac Donough was replaced by Facundo Fernández Llorente. La Dolfina managed to pull through, and a goal by Francisco Elizalde sealed the deal, securing their place in the final.

As a result, on Saturday, October 16, Ellerstina and La Dolfina are set to play their 11th consecutive final in Tortugas. The Pieres’ team will be looking to retain the title they claimed in 2019 and 2020, while La Dolfina will be fighting to reclaim the titles. While the organisations are the same, there have been significant changes in the lineups: for the first time in 10 years, Pablo Mac Donough and Juan Martín Nero will not be playing a final with La Dolfina. In addition, three men are set to play their ever first Triple Crown final: Matias Torres Zavaleta (who will be subbing in for Ellerstina’s injured Hilario Ulloa), Diego Cavanagh and Francisco Elizalde (La Dolfina Saudi’s new recruits).

The Tortugas Open final is due to be played on Saturday, October 16.