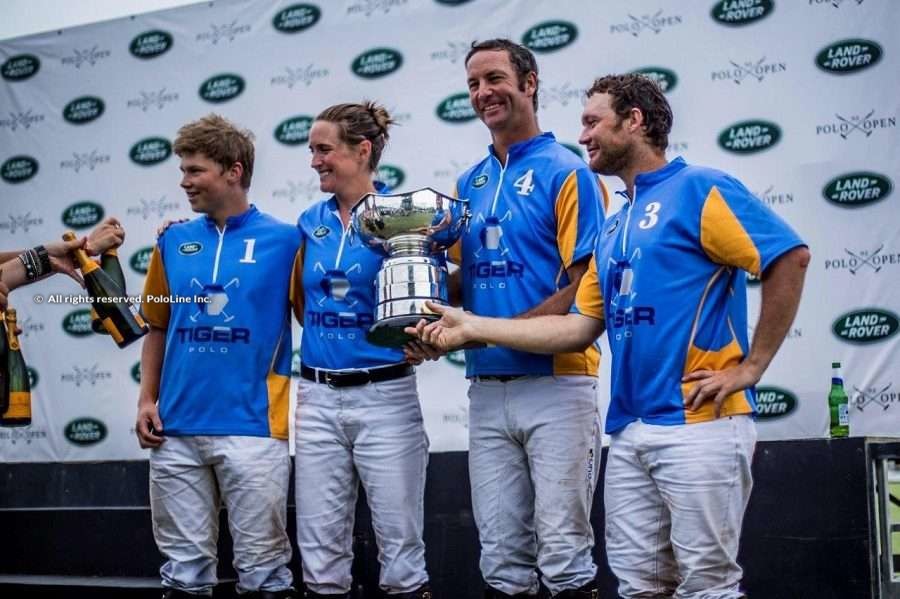 Tiger Polo won the coveted title of the New Zealand Polo Open last Saturday, in an action packed final against Semco PDL, in front of a crowd of 6,000 out at Clevedon’s picturesque Fisher Field.

In a replay of the 2017 final, Tiger Polo prevailed, closing out six chukkas of quality high goal polo, where the lead changed multiple times, with a 10-8 win. It was a family affair all round for Team Tiger, with husband and wife duo JP Clarkin and Nina Clarkin playing alongside 17 year old Ethan Wade, the youngest ever player in the Open’s 42 year history, whose father Jonny Wade manages the team.

The New Zealand Polo Open is the Southern Hemisphere’s most prestigious and competitive polo championship and last Saturday marked the culmination of a week of competitive tournament play, to decide the finals day play off positions. Earlier in the day, Team Peroni beat Lone Bee for 3rd place before Veuve Clicquot got up over Rodd & Gunn for 5th place.

The sun came out, as did the punters in their best finery, to watch three quality games of polo, which this year celebrated the involvement of international players from the UK, Argentina, South Africa and Australia alongside New Zealand’s top Polo players.

This was the first day in 42 years, finals day of the Open has been held on a Saturday and the lively crowd soaked up the atmosphere all day, with the George FM After party kicking into gear as the polo ended.