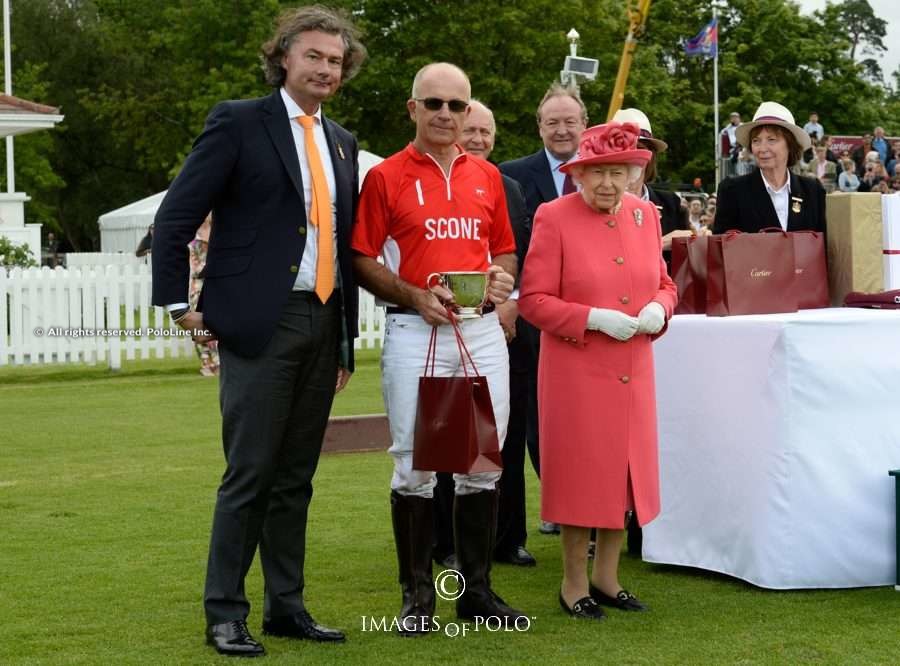 The Queen’s Cup ready for action!

Round about now, the high goal in England would usually be coming to an end. But after what has been a challenging 2020, the polo season in England was forced to adapt to the extreme circumstances affecting the world.

The season kicked off with the Prince of Wales Trophy, which was won by Park Place. The Queen’s Cup should have followed. But the “new normal”, which includes wearing masks, strict hygiene procedures, social distancing, hosting games behind closed doors without spectators or media, meant that the schedule of play had to be flipped. The Gold Cup followed, with Next Generation winning the title at Cowdray Park Polo Club. Now, the season continues on Tuesday, June 28, with the much awaited Queen’s Cup at Guards Polo Club.

This year, the Queen’s Cup, which was founded in 1960 to honour Her Majesty Queen Elizabeth II, celebrates its 60th anniversary. Unfortunately, the anniversary won’t be celebrated with the grandeur it deserves. Her Majesty the Queen, who has always led the awards ceremony, will not be able to attend the final. The Duke of Edinburgh, who founded Guards Polo Club in 1955, and has always filled the role of President of the Club, celebrated 99th birthday in June.

Regarding the competition, the Queen’s Cup will see ten 22-goal teams fight for the title, meaning two teams have joined the high goal since the Gold Cup. The first new squad will be Segavas (Joaquin Pittaluga 7, Mark Tomlinson 6, John-Paul Clarkin 6, Luke Wiles 3), and the second is Bazzoni’s second team, Monterosso Vikings, comprised by James Beim 7, Sebastian Merlos 10, Siri Bazzoni 0 and Martín Zubía 6. Recent winners of the Gold Cup, Next Generation, will still include Diego Cavanagh in the line-up, filling in for the injured Pelón Stirling.

The Queen’s Cup, which usually starts in mid-May, kicks off on Tuesday, July 28, with a match between defending champions Scone and Thai Polo, at 12 pm.

To summarise the results of the high goal activity in England so far, Park Place ran out the winners of The Prince of Wales Trophy, while Next Generation claimed the Gold Cup. On both occasions, the contenders were Les Lions/Great Oaks. Which posed the question – will the Queen’s Cup be third time lucky for the Castagnola Brothers? We will have to wait until the final, set for Sunday, August 23.

Get ready for action!