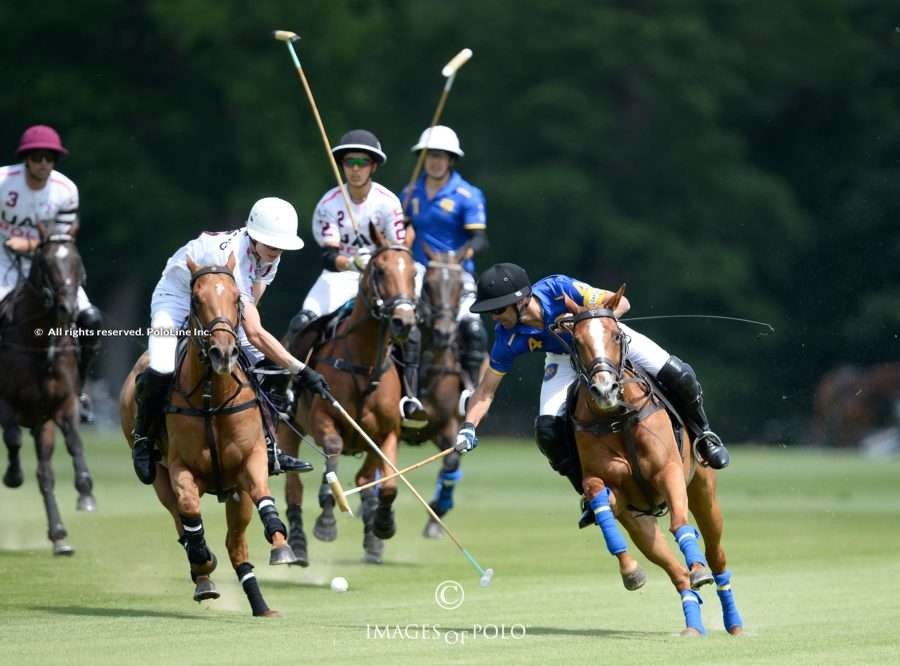 First up, at Coworth Park, Park Place – with Sebastian Petragallo filling in for Andrey Borodin – defeated UAE II 11-8. The match was very even until half time, but from the fourth chukka onwards, Park Place managed to push ahead and take a wide advantage. Led by Juan Britos and Facundo Pieres, Park Place was able to secure the victory.

Up next, King Power took on Vikings on The Duke’s Ground (Guards Polo Club). King Power presented a strong attack, and were able to secure a comfortable 11-3 lead by half time. The damage was too much forVikings, and King Power continued to dominate until they secured the 16-10 victory.

The final of the Queen’s Cup is scheduled for Sunday, June 27.

*Subbed in for Andrey Borodin.

*Subbed in for Siri Bazzoni