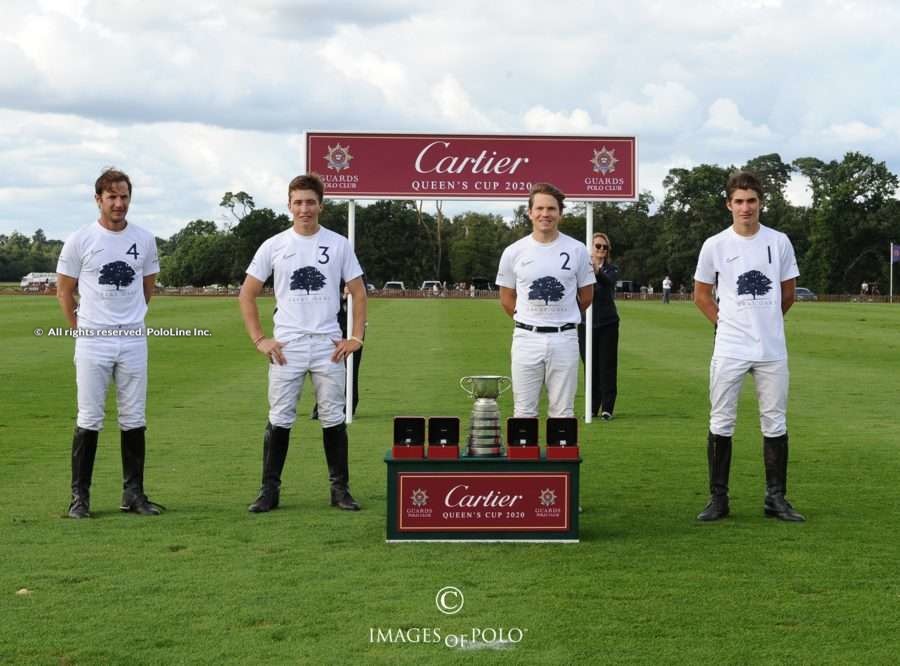 The final of the 2020 Queen’s Cup was a thrilling clash between Les Lions/Great Oaks and Park Place. It marked the former’s third consecutive final in the 2020 British season. Dillon Bacon’s team had lost the first final of the season, the Prince of Wales Trophy, to Park Place, and fallen in the Gold Cup final to Next Generation. For Andrey Borodin’s organisation, this was their third Queen’s Cup final – they fell short in both 2018 and 2019.

This Queen’s Cup saw Les Lions/Great Oaks and Park Place play the for the title. It was expected a close contest, and so was the case. By the penultimate chukka, Les Lions/Great Oaks had taken a considerable lead, but Park Place worked hard to make an impressive comeback in the last, and send the game into OT. But the Castagnolas came through and ultimately decided the match. They complemented each other perfectly to win their first ever Queen’s Cup, one of the most important tournaments in the world.

While Park Place were awarded a goal on handicap, Les Lions/Great Oaks quickly took control of the match, scoring three unanswered goals to end the first chukka with a 3-1 lead. Park Place did not give up, and they pushed back to close the gap in the following chukkas. By half time, the scoreboard read 4-3 in favour of Dillon Bacon’s boys.

Led by their top scorer, Jeta Castagnola (he converted five goals throughout), Les Lions/Great Oaks managed to widen their advantage until taking a 8-5 lead with only one chukka remaining. Park Place were far from giving up, and they made an impressive comeback to outscore Les Lions/Great Oaks 3-0 in the last, tie the match 9-all, and send the game into extra chukka.

Barto Castagnola had the first opportunity to seal the deal, but was unable to score. In his second attempt, he came out of nowhere, making a quick run from midfield. He saw Jeta and passed the ball to his brother, who secured possession and repeated what he did a year ago at Cowdray Park: he ran as fast as his horse would go, and found the flags to secure the 9-8 win and the first ever Queen’s Cup title for Les Lions/Great Oaks.

Like their father, Lolo Castagnola, did in 2003, 19 year old Bartolito and 17 year old Jeta claimed one of the most coveted trophies in the polo world. The first of many, no doubt!