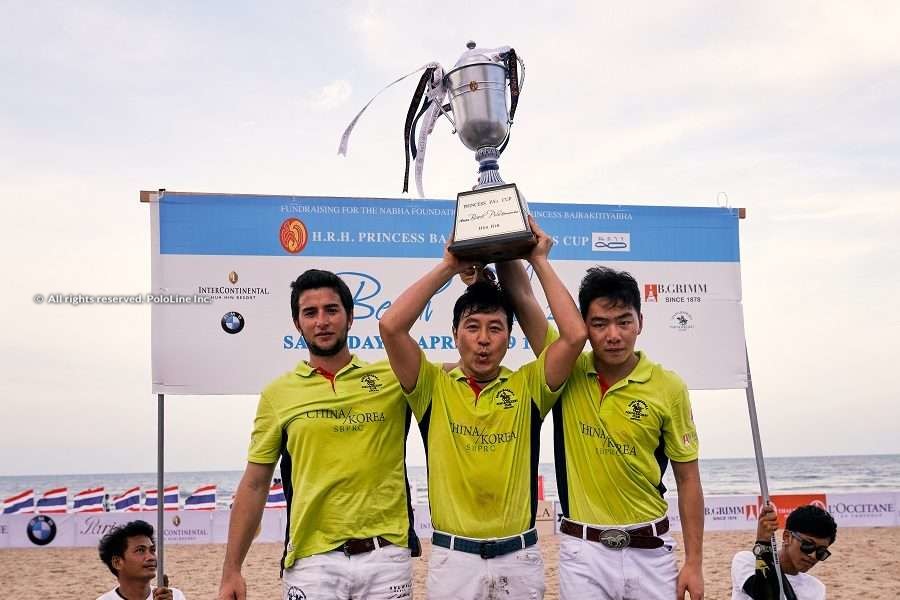 The much anticipated 10th Anniversary Beach Polo for the Princess PA’s Cup took place this weekend in Hua Hin, Thailand. The tournament was organised together by Thai Polo & Equestrian Club co-owners, Harald Link and Nunthinee Tanner, respectively. The event kicked off with a grand parade of all the local beach ponies and a world championship winning band. It was followed by the first of two local horse races which had the spectators cheering as they flew down the beach. These races for the locals are significant as the champions proudly show off the win to tourists visiting Hua Hin.

The Beach Polo final started at 4pm. Thailand played a joint team from China/Korea. Winds were coming from one end to the other making it hard to get the ball properly. As it turned out, this made for some great moments when the ball either flew or was stopped making the players work hard to get goals. And there were plenty of goals to watch.

The first goal came in the second half of the first chukka, scored by Argentine professional Diego Gomez for the China/Korea team. The second chukka saw the first goal by Justin Jin also for China/Korea followed by two goals from Thailand’s Worajit Wongkraso “Ead”.

The 5th and final chukka saw no less than five goals combined by both teams. Diego Gomez led the chukka taking them ahead, followed by David Ko and Justin Jin also for China/Korea. In the closing minutes, Harald Link for Thailand scored two consecutive goals, but it wasn’t enough to level the scores. China/Korea won by a close 8 – 7.5. A very entertaining, good spirited and packed action match ttah delighted the attendants, who enjoyed every minute of it. 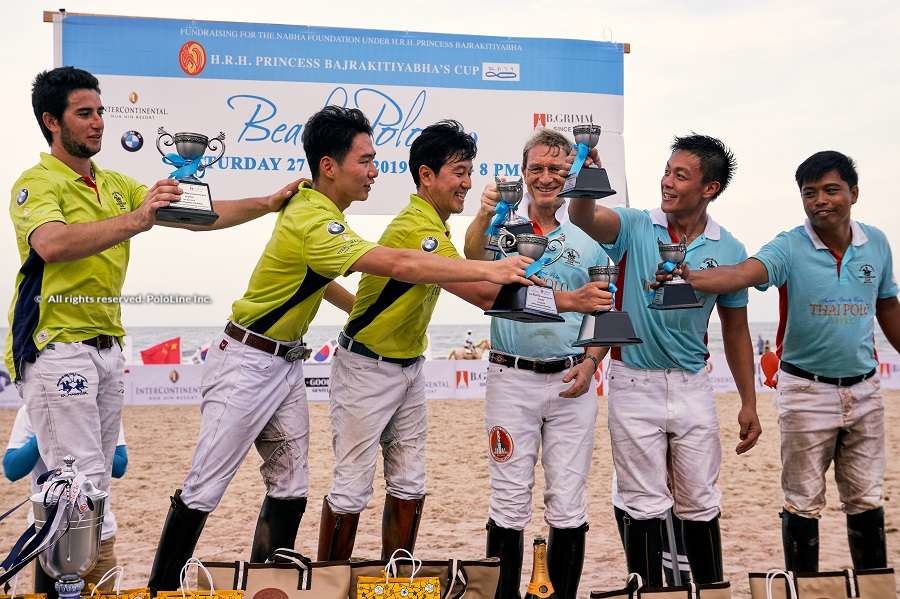