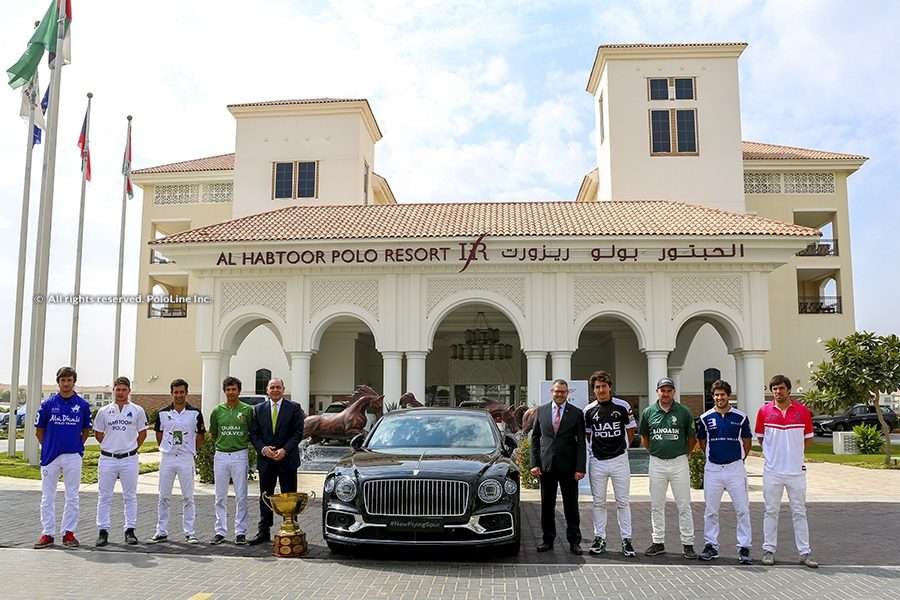 The fixture of the Standard Chartered Gold Cup 2020, the flagship tournament of the Gold Cup Series, was announced on Monday, February 7, at a live draw and press conference held at Al Habtoor Polo Resort and Club.

The Standard Chartered Gold Cup will be streamed LIVE on PoloLine.TV.

The Gold Cup (Dubai Open), which is played under the rules of the Hurlingham Polo Association (HPA), is the most prestigious polo tournament in the Middle East. It forms part of the WPT Championship Cup category in the World Polo Tour.

Mohammed Al Habtoor, Vice Chairman and CEO of the Al Habtoor Group, and founder of the Gold Cup Series, was joined at the press conference by representatives of the sponsors, as well as players and media.

“We’re honoured to complete a decade of world-class polo in the region and celebrating the achievement with our new partner, Standard Chartered Private Bank,” shared Mohammed Al Habtoor. “As we begin another exciting season of the Dubai Open, I look forward to a thrilling tournament, with eight teams gracing our fields over the next days.”

The finals of the coveted Gold Cup (Dubai Open) are scheduled for Friday, March 6.