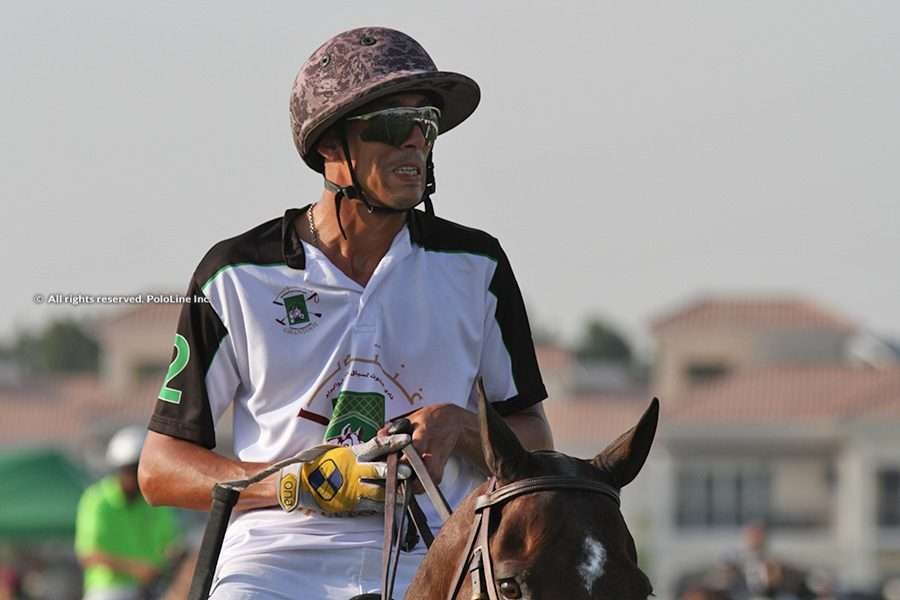 AM/UAE and Ghantoot emerged as the winners on a new matchday of the Standard Chartered Gold Cup (Dubai Open), the most imoortant tournament of the Dubai Gold Cup Series. AM/UAE madeba comeback to beat Abu Dhabi 9-8 while Ghantoot won their first game against Dubai Wolves by a 9-5 score.

Nacho Acuña openened the scores for AM/UAE, but was quickly replied by a pass from Alfredo Capelle to César Crespo who tied at 1-all. Both Capella and Crespo combined to score one goal apiece to widen Abu Dhabi’s advantage, but Santiago Cernadas scored to shorten the distance. The first chukka, then, ended with Faris Al Yabhouni’s foursome leading by 3-2.

It was Faris himself who opened the second chukka with the first of his two goals. Abu Dhabi extended their lead, but AM/UAE managed to close the gap in the third period, which saw the scoreboard tied at 6-all, thanks to a las second goal by Nacho Acuña.

Following a hard fought fourth chukka, Abu Dhabi retained a slight lead (8-7), with only one chukka remaining. Nothing was said and done yet, so AM/UAE, led by Santiago Cernadas and Nacho Acuña rode onto the field determined enough to change the story, which they finally achieved. They outscored Abu Dhabi 3-0 and claimed a 9-8 victory.

Up next, Ghantoot met up with Dubai Wolves. After a fast paced and open fist chukka, Ghantoot dominated Dubai Wolves, with the aim to recover of their debut loss. Once again, Marcos Araya, was crucial to block all attempts from Dubai Wolves.

By the start of the fifth chukka, Ghantoot had already a decisive advantage (8-3). And despite Dubai Wolves tried to close the gap as much as they could, Marcos Panelo sealed the deal and put the ice on the cake for the 9-5 win.

The finals of the Gold Cup (Dubai Open) are scheduled for March 6.

ALL GOLD CUP MATCHES WILL BE STREAMED LIVE BY POLOLINE TV HERE.

The competition will be back on Saturday February 22l and the order of play is the following: