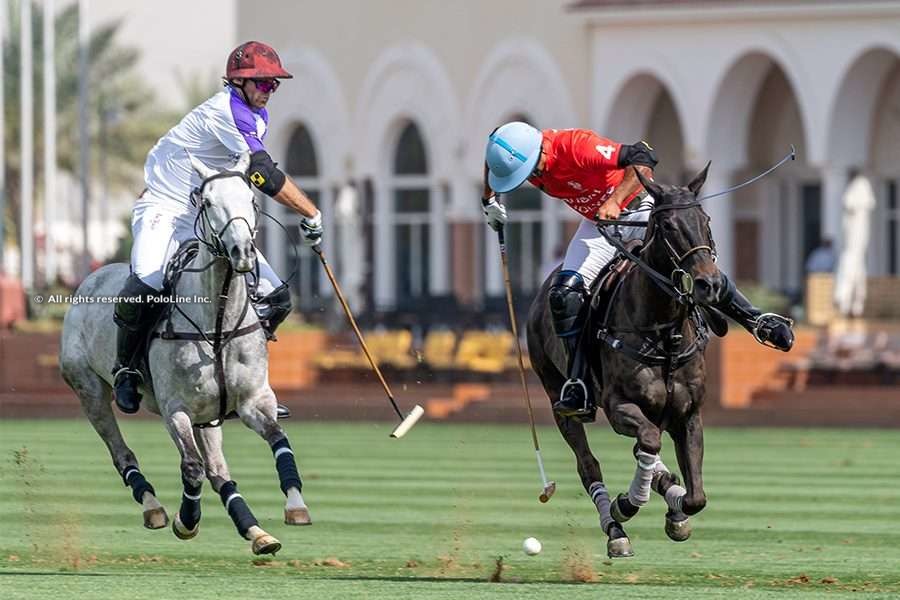 On Monday, Abu Dhabi and Ghantoot claimed wins in the Standard Chartered Gold Cup, the most prestigious tournament of the Dubai Gold Cup Series, the most important polo event in Asia and the Middle East, hosted by Al Habtoor Polo Resort and Club.

Abu Dhabi beat Dubai Wolves 12-9, while Ghantoot took a 9-6 victory over AM/UAE. These results mean that Abu Dhabi, Ghantoot and AM/UAE will face off in a penalty shootout on Tuesday, February 25, to determine their respective positions in the next stage of the tournament. The winner of the shootout will qualify for the semifinals, while the two remaining teams will have to play the quarter finals.

In the opening contest, Dubai Wolves took a quick 1-0 advantage in the first chukka, but Abu Dhabi were able to recover quickly. Led by Alfredo Cappella, they seized control in the second, widening their advantage considerably. By half time, Abu Dhabi were leading 8-4. Faris Al Yabhouni’s team continued to dominate in the fourth chukka, when they took a decisive 11-6 lead.

Thanks to goals from Juan Gris Zavaleta, Dubai Wolves managed to outscore their opponents 2-1 in the last chukka. But Martín Donovan scored once again for Abu Dhabi and sealed their 12-8 win.

Up next, Ghantoot got off to a strong start against AM/UAE. Under the command of Marcos Araya, the team’s best player and one of the biggest stars of the competition, Ghantoot were able to secure a heavy 7-1 lead by halftime. AM/UAE managed to close the gap over the next two chukkas, but the damage was done. The large advantage Ghantoot took in the first half was insurmountable for their opponents, and Ali Al Merri’s boys claimed the 9-6 victory.

The tournament will resume on Tuesday, February 25: