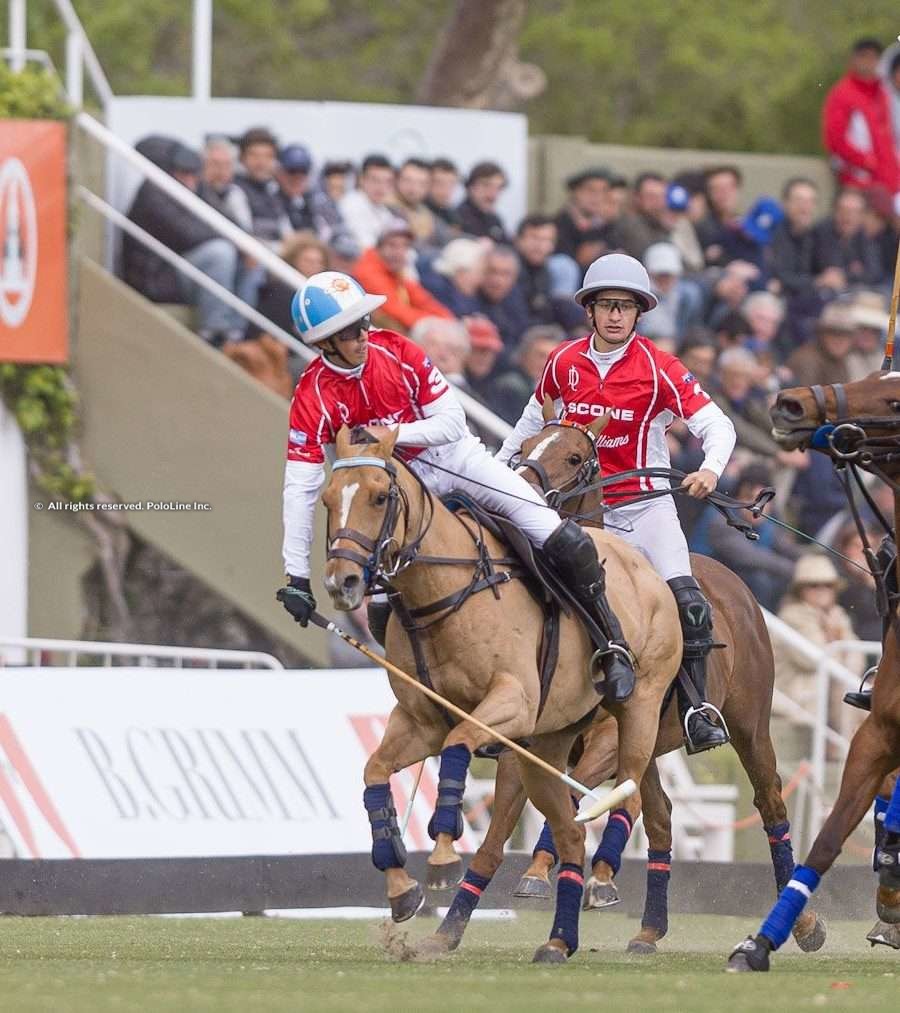 Scone delivered an extraordinary performance to defeat Ellerstina 15-10, earned earn the second ticket to the 57th. Jockey Club Open Thai Polo Cup, following the second semifinal played on Thursday September 22 at the Jockey Club, in Sain Isidro.  The Jockey Club Open Thai Polo Cup is one of the most significant tournaments of the Argentine season, and precedes the much anticipated Argentine Triple Crown. The tournament is hosted by Harald Link’s organization, Thai Polo, with the support of Minuto 7 Polo and the Argentine Association of Polo.

The red-jerseys were merciless over their contenders thoroghout the whole match, especially in the third chukka, when Scone outscored Ellerstina Pilot 4-0, which meant the scoreboard read an impressive 11-2 lead for the lineup composed by David Paradice, the Castagnola brothers and their cousin, Poroto Cambiaso. They clearly seized the reins in order to widen their advantage chukka after chukka, until reaching a commanding 14-7 lead in the fifth, that left the deal almost said and done. Although Ellerstina Pilot managed to produce some goals in the last chukka, the damage has already been done; Scone claimed a fabulous win and the second spot in the championship match.

Therefore, the final of the 57th. Jockey Club Open Thai Polo Cup will see the clash of two of the most important organisations in the world – Monterosso and Scone, with their respective patrons, Alessandro Bazzoni and David Paradice, who are playing this tournament for the first time ever with a great deal of success. However, there is a little advantage for Scone – they are still unbeaten and one member is a current title holder – Barto Castagnola, a winner in 2021 with La Ensenada; Monterosso, with three 10-goalers within their lineup (Polito Pieres, Pablo MacDonough and Juan Martín Nero) earned the fourth spot in semifinals as the top second ranked team in the standings. In addition, the final will be a rematch – Monterosso and Scone already met in the league stage on September 15, with the latter claiming a 12-8 win.

Monterosso and Scone will go head-to-head for the 57th. Jockey Club Open Thai Polo Cup at the Jockey Club, on Saturday September 24, at 3pm.