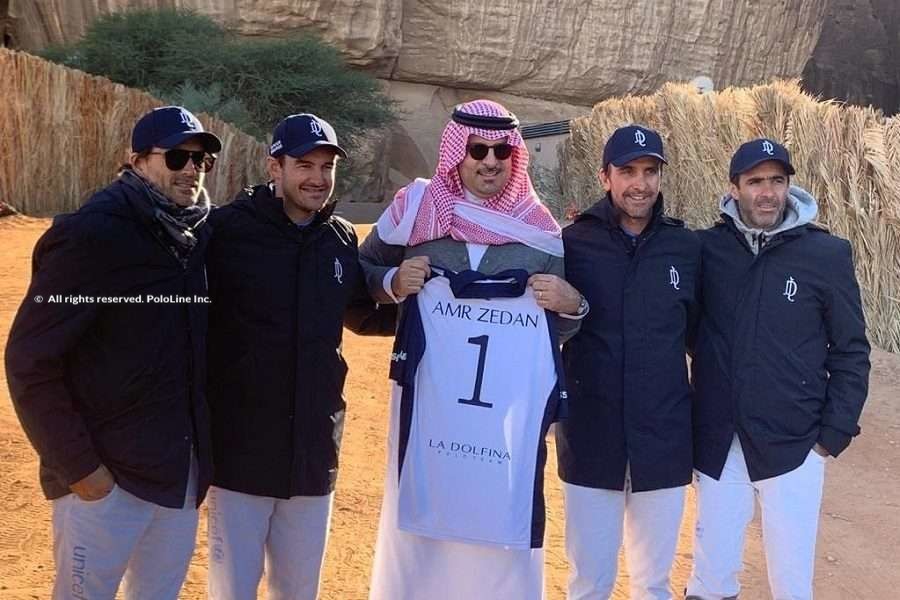 Following the success of the AlUla Desert Polo last January – the first official polo event held in Saudi Arabia, which saw seven time Argentine Open winners La Dolfina compete – Cambiaso’s organisation has announced that it has come together with the Saudi Polo Federation, led by Amr Zedan, to form La Dolfina Saudi Polo Team, and that they will compete in the 2020 Triple Crown.

The Saudi Polo Federation, founded in 2018, will therefore be stepping into the limelight and deepening their commitment to polo.

“This is a very helpful and exciting partnership for us, together with the most successful and famous polo team in the world,” shared Amr Zedan, President of the Saudi Polo Federation. “This partnership will definitely raise the level of the sport in our country.”

Zedan, who has won the Dubai Gold Cup on multiple occasions, also stated: “Working in close collaboration with the Royal Commission for AlUla, we were delighted to host La Dolfina in January this year, and we look forward to bringing the team back to AlUla as La Dolfina Saudi Polo Team in 2021.”

Adolfo Cambiaso added: “We traveled to AlUla for the Desert Polo in January and were blown away by the ambition and passion for the sport from the Saudi Polo Federation.”

He continued by saying, “AlUla Desert Polo was an amazing event that introduced polo to Saudi Arabia, but also helped the polo world see that Saudi is serious about its goals in the sport. AlUla is a UNESCO world heritage site, one of the most unique and beautiful locations I have ever played in. It is certainly something I will never forget.”

With a tentative kick-off date set for on Monday, November 2, the Tortugas Open will mark the start of the 2020 Triple Crown. La Dolfina will be looking to claim the title that slipped through their fingers in 2019.

ABOUT THE SAUDI POLO FEDERATION

The Saudi Polo Federation (SPF) was established in July 2018 as a means of developing the sport across The Kingdom and establishing international best practice from grass roots to elite levels. Aligned with key government stakeholders such as the General Sports Authority, the SPF works to further establish Saudi polo in a global context, continuing the work already undertaken by Saudi’s private polo patrons on the international stage.

Chaired by renowned Saudi polo player and businessman, Amr Zedan, the SPF seeks to encourage the sport among young Saudi men and women in accordance with the goals set out in the Kingdom’s Vision 2030, while reflecting the transformational journey taking place in Saudi Arabia.