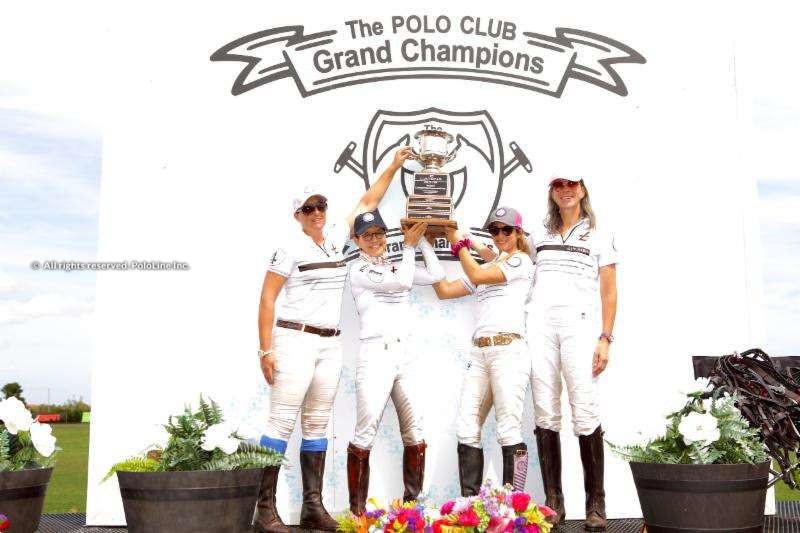 Last Saturday, the Sunny Hale’s Legacy WCT Finals at Grand Champions Polo Club was a day to remember the greatest women’s polo player and visionary of all-time. There were tears and laughter when players, friends and sponsors started talking about her influence and sharing stories about her. But above all there was great women’s polo played during the open and 16-goal division finals on Saturday.

Hale, the first woman in U.S. history to win the U.S. Open in 2000 with Outback and part-time Wellington resident, died February 26, 2017 in Norman, Oklahoma due to complications from cancer. She was 48.

Lia Salvo scored a game-high four goals, including back-to-back goals to clinch the victory. Jones and Echezarreta each had one goal. For WPL, Clarkin and Asdourian each had two goals.

Women’s polo remains the largest growing sector in polo, aided by the WCT Series which has helped consolidate women’s polo and promote high quality competition throughout the world, along with the newly-formed WIPN.

BPP: Resynosa, played in the third chukker by Jones.