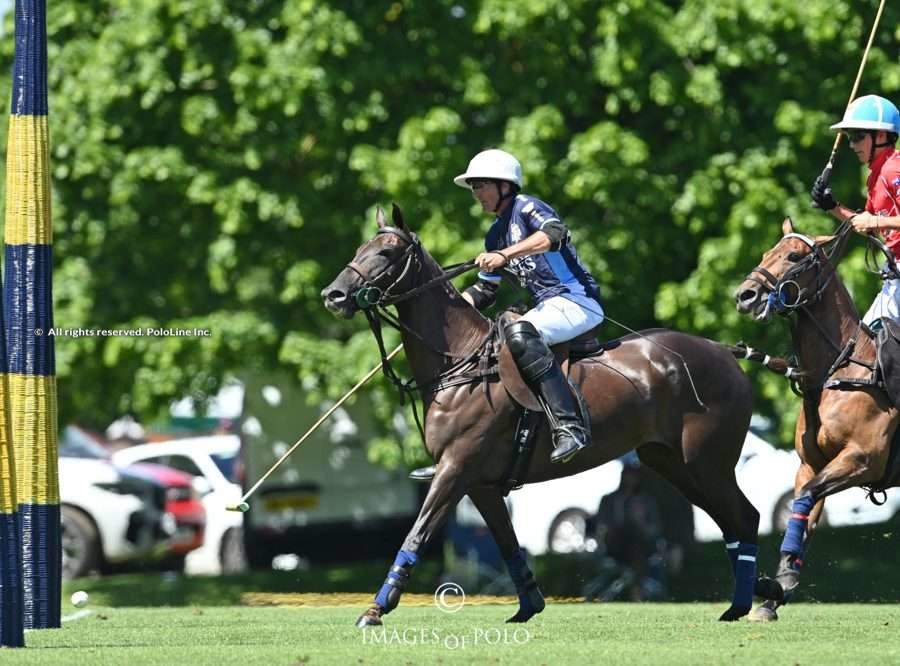 The Queen’s Cup continued on Thursday, May 19, with Scone and Vikings claiming victories. Guards Polo Club’s premier tournament sees fifteen teams, up to 22 goals, compete for the coveted trophy.

Scone and Great Oaks Les Lions played the first match of the day. Scone, runners up in last year’s Queen’s Cup, played with several changes to their lineup, as was detailed by Adolfo Cambiaso in a PoloLine exclusive. Cambiaso, who is currently injured, was unable to play Scone’s debut match, neither were David Paradice and Louis Hine. So the lineup was composed of Poroto Cambiaso 8, Guillermo Terrera 7, Rosendo Torreguitar 4 and Kian Hall 3.

The match against the recent runner up of the Justerini & Brooks Prince of Wales Trophy (which saw Michel del Carril subbing in for James Beim), was clearly divided in two parts: Dillon Bacon’s team dominated the first half, while Scone took off in the second, outscoring their contenders  8-5 and 9-7. Great Oaks scored three goals in the last chukka, but the damage was done, and Scone claimed a narrow 10-9 victory.

Next up, Vikings and Murus Sanctus fought hard over the first three chukkas, meaning that the match was tied at 6-all by half time. Murus Sanctus gained momentum in the fourth, with Marcos Araya and Alfredo Cappella scoring goals to give Corine Ricard’s foursome a 10-7 lead. However, Vikings reinforced their attack and put pressure on Murus Sanctus until they closed the gap down to just one goal with one chukka left to play. In the last chukka, Vikings held Murus Sanctus back and Juan Martín Zubía scored two crucial goals to secure the 12-10 win for the Norwegian team.

*Subbed in for James Beim.

The Queen’s Cup will resume on Friday May 20, with the following order of play:

The final of the Queen’s Cup is set to be played on Sunday, June 12.