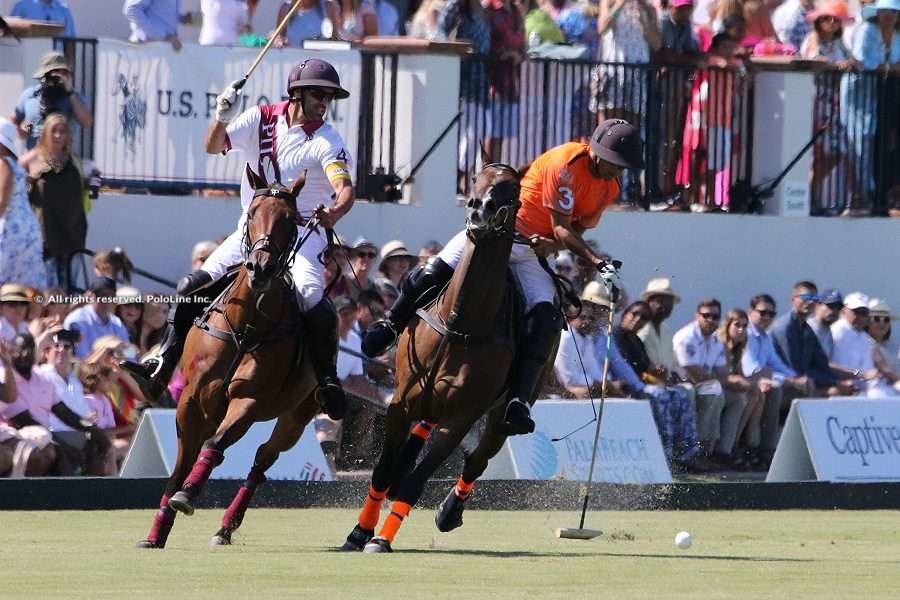 CBS Sports will return for the third year as the official broadcast partner for the U.S. Open Polo Championship, the final tournament of the new $1,000,000 GAUNTLET OF POLO series. The United States Polo Association (USPA) and USPA Global Licensing Inc. (USPAGL), the official licensing arm and national broadcaster of USPA, announced that the championship game will be broadcasted from the world renown International Polo Club Palm Beach (IPC) on the U.S. Polo Assn. Field. U.S. Polo Assn. is the official brand of the USPA.

The broadcast of the event will also air on Eurosport and Dsport for the first time ever, targeting some 250 million households and over 100 countries in what is anticipated to be the largest cash prize and viewing audience in the history of the sport of polo.

This highly prestigious polo event pits two amazing teams, Pilot and Las Monjitas, in a revenge match. Pilot won the previous meeting in the finals of the C.V. Whitney Cup. Both teams include some of the world’s top 10-goal players including Facundo Pieres and Hilario Ulloa, competing for pride, an amazing trophy along with the largest cash prize ever paid in the sport of polo at $1,000,000. CBS Sports will broadcast the championship on Sunday, April 28 at 2pm EDT and reair the event on CBS Sports Network Monday, April 29 at 8pm EDT. Global broadcasts will also be available through Eurosport and its affiliates targeting Europe, Asia and India which will air on Monday, April 29 at 6:30pm CET. POLOLINE TV will stream it for Latin America on Monday, April 29 at 8pm Buenos Aires, 7pm EST time and only for one day.

“The numbers really do speak for themselves,” said J. Michael Prince, President and CEO of USPAGL, which globally manages U.S. Polo Assn. “In 2018, the broadcast of the U.S. Open final reached over 2 million viewers, a significant jump over the year before. For 2019, we expect another significant increase as we target over 3 million viewers and push the broadcast globally. This is amazing exposure for the sport of polo as well as our multi-billion-dollar U.S. Polo Assn. brand as we continue to engage sports fans and consumers around the world.”

“As the pinnacle event for the GAUNTLET OF POLO, the U.S. Open Polo Championship is a must-watch event for fans around the globe,” said Robert Puetz, CEO of the USPA. “We’re thrilled to once again partner with CBS Sports to bring the excitement of polo into the homes of millions of past, present and future polo enthusiasts.”

“Without question, the U.S. Open Polo Championship is our premier event in the United States and one of the most recognized tournaments in the world,” said David Cummings, Chairman of USPAGL. “This year, with the Pilot team uniquely positioned to potentially win the U.S. Open Polo Championship and favored to become the new GAUNTLET OF POLO champion thereby winning $1,000,000 in prize money, the stakes have never been higher. We will expand world recognition for the sport of polo in the United States by showcasing a very exciting game with high-energy on and off the field.”

Recognized as the most prestigious polo event in the United States, the U.S. Open Polo Championship tournament was first played in 1904 in Van Cortlandt Park in New York City’s Bronx. Since 2004, the tournament has been played at its current home at International Polo Club Palm Beach. Considered one of the top sports events in the world, the U.S. Open Polo Championship attracts fans and enthusiasts from all over the globe with the event drawing tens of thousands of spectators annually.