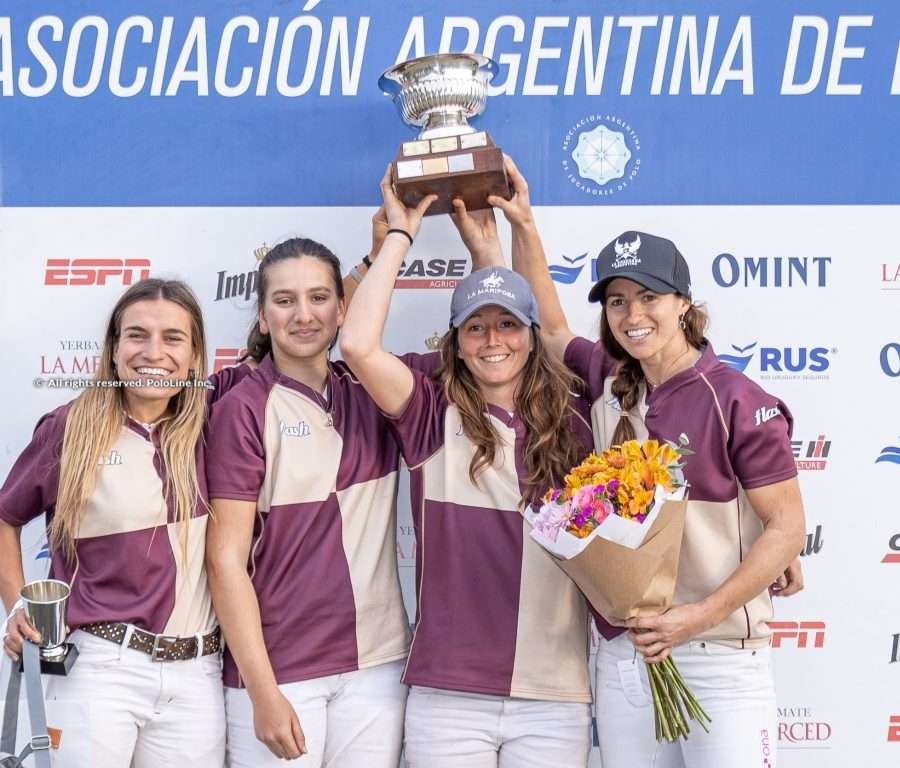 On Monday, October 11, Polo Do won the Myriam Heguy Cup, one of the most significant women’s polo competitions in Argentina. The last matches took place at the Argentine Association of Polo, in Pilar. The tournament saw a total of thirteen teams compete. The teams were split into two categories: four in high goal (17-22) and nine in low goal (7-10).

Polo Do were undefeated in the high goal following a round robin against Los Sauces Willytiki (7-6), Namuncurá Fundación Schoonem (9-6) and LDPR Amanará (12-9).