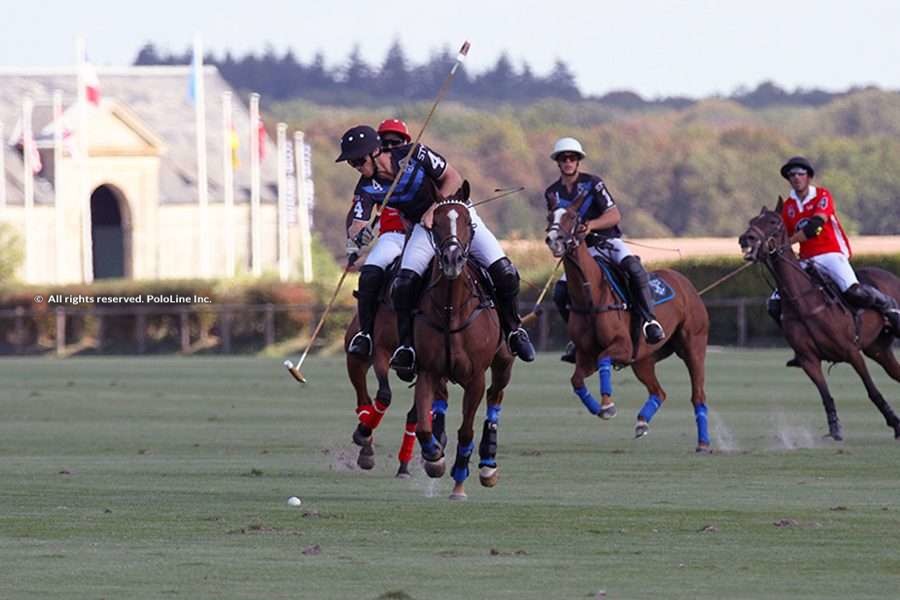 The five teams for the 14-16 goals Open de France, due in September, are already set at Polo Club Domaine de Chantilly. This year, the tournament celebrates its 19th edition.

Once again Chantilly will welcome well-known players like Clemente Zavaleta, who will be defending Sainte Mesme´s title. This top player will find himself facing his teammate for the Argentine Open, Tito Ruiz Guiñazu, who will will play for the german team Polo Gestüt Schockemöhle, alongside with Pierre Henri Ngoumou and Alwin Schockemöhle’s daughter, the legendary Olympic show jumping champion of 1976.

The winner of the 2018 Camara de Diputados Cup (Argentina), Martin Aguerre Jr., who will also participate in the Argentine Open qualifier, will wear Marquard Media´s jersey in Chantilly together with Jota Chavanne among others.

Spanish captain Alejandro Aznar will present his team: Marques de Riscal, with the argentine Santiago Cernadas, recently semi-finalist in the US Gold Cup in Palm Beach.

Four female teams, including top argentine player Lia Salvo, are already confirmed for one of the most important women tournaments in Europe, the Ladies French Open, due from September 17 to 22.

The three Venot sisters, part of the club´s “junior” team, together with Adèle Renauldon, will also take part of the contest. Plus the german team Las Hermanitas with the Schröder sisters and the english 6-goaler Rebecca Walter.

September will be a busy month at Chantilly, which will also feature two low handicap tournaments: the Trophée Kastel and the Coupe du Capitaine des Jeux. The Club will offer daily matches with free entrance during the whole month, including the final day.

The day of the finals (Sunday 22) will offer not only polo, but also an exclsuive commercial village, food trucks, polo clinics, picnic and kids´area, everything crowned by a fantastic sporting atmosphere.