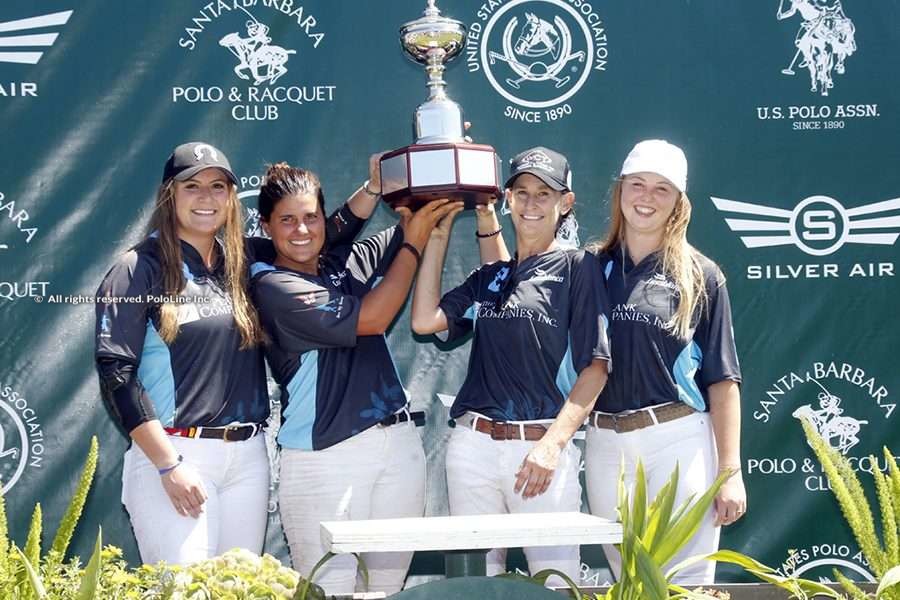 The final was hard fought, and in the fourth chukker Lalor and Fargey closed the gap to take the game into overtime.

It was an intense extra chukker, lasting almost six minutes. Dundas suffered from tough luck with Hazel Jackson breaking her mallet while having possession of the ball. Dayelle Fargey capitalised on this opportunity to run the length of the field and score the golden goal (6-5) to make Plank & CO the first Women’s Pacific Coast Open Champions.

Santa Barbara local Cory Williams commented on her experience competing in the first Women’s Pacific Coast Open. “This tournament had four very competitive teams, any of which could have easily won. We had to play our very best in the finals and stick with it to the end, playing just as hard in the first chukker as we did in overtime. It was an honor to compete with such amazing players and women.”